Talk of the Town: Gotham Season 3

Where We Are: Gotham Season 2 was a hell of a recovery from season 1, but even with all of the improvements to the show most would agree that the finale limped to the finish line, but it did leave a lot of interesting strands for season 3 to pick up on.

We were introduced to a version of Clayface who was able to pose as James Gordon for some hilarity, but he is also running around somewhere.

Fish Mooney made her return to the world of the living and to Gotham City where she has new powers, and before she was freed had a run-in with the man who dethroned and then killed her, The Penguin. So there’s some fun to be had there.

As for our main heroes, Gordon rode off into the sunset to find Barbara and his unborn child. Bruce told Alfred that he will be looking into the secret society that wanted him dead. And everyone’s favorite police officer, Harvey Dent, is now in-charge of the GCPD.

What To Expect? Like noted, season 2 left us with a lot of strands. The two biggest being the Court of Owls playing puppetmaster for most of season 2’s big bads and wanting Gordon and Bruce dead. Then there was the bus of Indian Hill patients being set free upon Gotham. If there is anything on the loose like Fish Mooney or Mr. Freeze, Gotham is in for a hell of a time with monsters and powers. 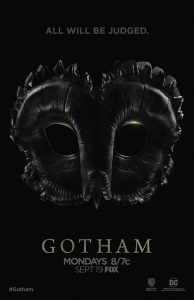 At the end of the season, Fish also had a run-in with the Penguin and we don’t think Oswald will be all too happy to see his former boss in town. Who will try to kill whom first? And will they succeed?

Also, Edward showed more of his sinister side with his game of puzzles. Will that continue with more freedom or will he become a background player for the time being?

With Dent in-charge of the GCPD, we’re expecting a lot of fun story-telling and scenes to come out of that. The only fear is… GCPD commissioner hasn’t been a position that has allowed one to live a long and fulfilling life. 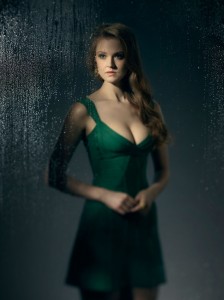 One of the changes, we’re most curious about is the “growth” of one Pamela Isley who is going from a somewhat unorthodox girl of about 13 to a fully blossomed woman due to comic book magic. Will the show be able to handle this transformation well and what does it me for her relationship with Cat?

Poison Ivy isn’t the only person from Batman’s future making an appearance. As season 3 will see the introduction of the Mad Hatter. Who looks like he is out of some far distant past even more than Gotham’s typical nebulous “any-time old” design.

Of course everything will tie back to the Court of Owls. How big of a presence will they have in Gotham City though? It is an organization known for working in the shadows and behind the scenes, but it seems like Bruce and Gordon are intent to bringing them to the light. Will we also see our first Talons in live-action?

Gotham Returns on 9/19/2016. You can currently check out season 1 on Netflix. Select markets also have season 2 available. And we’ll keep you posted on all of our social channels when season 2 goes live in the States!