Welcome to Sonic Saturdays! This is the part of the site 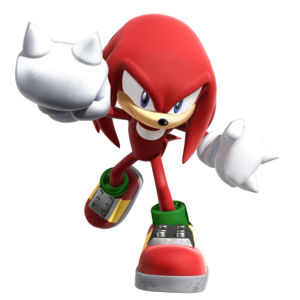 SpotlightingÂ everything about the Sonic The Hedgehog franchise.Â For today we’re putting a spot-light on Sonic’s Friendly Nemesis, Knuckles The Echidna.

Knuckles was created as a new rival for Sonic during the development of Sonic The Hedgehog 3 for 1994. He was originally tricked into fighting with Sonic by Dr.Robotnik, AKA Dr. Eggman, who told Knuckles that Sonic was an invader of his floating, Angel Island.

Sonic The Hedgehog 3’s events happenÂ immediatelyÂ after Sonic 2. After defeating the Egg Robo and coming down from Space as Super Sonic, with Tails in his bi-Plane, you Land on Â the Floating Island. Knuckles is strong enough that with one punch, he knocks Super Sonic back down to regular Sonic and steal his Chaos Emeralds.

Sega, and Archie both have his personality as aÂ SeriouslyÂ minded, tough guy loner who is easily tricked, that can be violent if you make him mad.Â Although he and Sonic fight from time to time, there is an undercurrent of mutual understanding between the two. Sega typically makes him the Power Character. 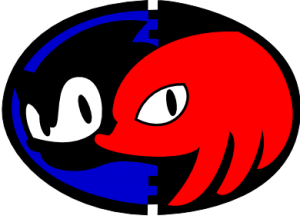 In the Genesis titles Knuckles is Almost as fast as Sonic, but has some powers of his own. He’s able to climb walls by punching them, he can glide, and get to many areas that Sonic can’t. Also when you connect Sonic & Knuckles to Sonic 3, Knuckles has a Super form commonlyÂ referredÂ to as Hyper Knuckles. 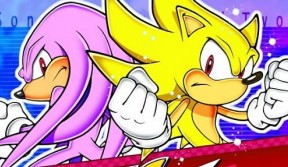 Knuckles’ Chaotix was released for the failed Sega 32x in 1995. It was the only Sonic game put out on the system, and introduced us to some friends that were used in later titles. This game takes place on Carnival Island. A new, Mysterious island that had raised afterÂ what happened in Sonic & Knuckles. This was also the second and last appearance (so far) of Mighty The Armadillo. 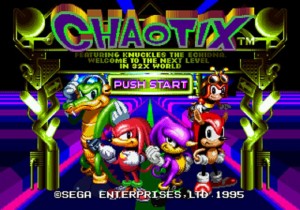 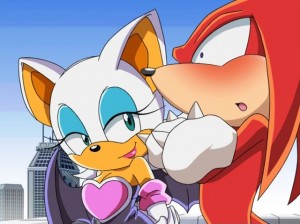 If you haven’t guessed by now, this part of the KnucklesÂ SpotlightÂ is the Sega Cannon, Part 2 will be the Archie Cannon. I know Sonic Chronicles: The Dark Brotherhood has a rather large significance to Knuckles, but alas I haven’t played it. Although I hear it has something to do with a rivalry between Knuckles’ Ancestors and another clan of echidnas known as TheÂ Nocturnus Clan. 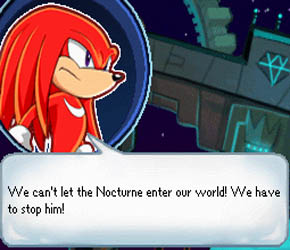 That’s it for Part 1, be sure to check out next week when I try to tackle the convoluted history or the Archie Comics version of Rad Red.