September proved to be an eventful month for 151 Proof Movies, we finally tackled a cult-classic in Samurai Cop (And Samurai Cop 2 to a lesser degree), unofficially kicked off Beers n Fears 7 and saw life from the other side. Join us as we recap the sights and sounds of September’s bad movies. 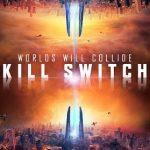 As we dubbed it, the non-video game video game movie. The movie’s basic structure is similar to well any number of first=person shooters you have played. Main character wakes up in a lab slightly confused about what’s going on, there’s a brief shootout and then we flashback to realize how we got here. Along the way there’s fetch quests and escort missions, some forced first person segments, and a person speaking to you while your HUD displays key information.

On paper, using a video game structure for a movie sounds fun, but in execution no one has been able to do it well. And this movie sadly is no different than any other effort. 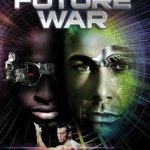 We have seen many bad movies over the year, and we know that budget plays a part in how the final product turns out. But it’s more about how you use the money than how much you have. I have to imagine whatever money was poured into this project was used to keep the talent off-set because none of it shows here. Between the poor dinosaur costume (yes costume) to staging some of the fights in a literal area surrounded by cardboard box, this movie spared all expenses to look as cheap as possible.

Some of it could be excused if the movie felt cohesive. It takes the material too seriously which isn’t helped by the type of movie nor the actors involved. It somehow manages to be stupid while trying to be genuine. It just hurts in all the wrong ways.

Sometimes people have a cool idea on paper. Now imagine if that movie only ever got a first draft and was made as is? You get Future War! 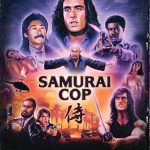 It is a bit unfair to lump both of these movies together, but we did watch them back to back.

There are some movies that are bigger than us. We’ve covered a great deal of terrible movies for this feature. Some of them are well-known and well-trodden land before we even step foot on the property.

With that said, there’s not much new we can add to Samurai Cop’s reputation. You know about the bad wigs. The questionable fights. The fact that this movie was clearly not shot at the same time. But even with all of those problems, it is a mostly enjoyable ride because it keeps on moving before you can really question what is going on.

If you’ve seen it, you know it. If you haven’t, worth tracking down. And honestly the sequel is pretty fun as well.

There’s a fuller review for the movie coming this weekend, but Monster Brawl doesn’t mislead you with the marketing. It is a tournament between a variety of traditional horror movie monsters. And that’s it. The movie lacks any real plot or structure outside of aping the format of a WWE PPV. It’s less of a movie and more of a satirical look at the world of wrestling, I guess.

September was a wild ride for us, but some quality movies near the back half. Join us in October for some Beers and def for the Fears.