Real men take their reviews straight! We don’t need to mix it with fancy words to enjoy it! Honestly though, Batman the Brave and the Bold is more than 40 episodes old at this point, I doubt a single episode will change your mind on the tone of the show so you either love it or hate it, but that doesn’t mean can’t review episodes, just in a tiny, compact manner.

This episode starts with a cold-open, which doesn’t star Batman, which is rare for the series, but not the first time. Instead you get Star-Spangled Girl and Blue Beetle team-up. It was an interesting opening especially to see where Blue Beetle has come from the first episode of the series where he was an unsure hero, and now Batman is calling him in when he can’t make a fight. It was also cool to see Star Spangled Girl use the Bat-symbol. 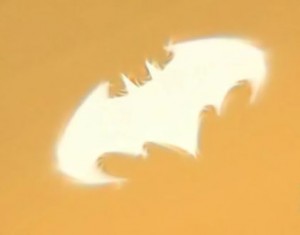 The first sighting of the Bat-signal in the show?

Then the episode proper teams up with Batman apparently voting (I’m not even sure how that works? Does he also get to vote as Bruce Wayne?) and some aliens come… to stop the election process? This leads into a fight and Plastic Man just happens to be walking by, he believes the circus is in town (which I admit was a funny knock on our political symbols). Eventually, Uncle Sam joins the fray, and I’ll be honest this is my first exposure to Uncle Sam, who seems like a really interesting character, especially since his powers derive from the American spirit!

After they do away with the alien forces, Batman and Plastic Man are taken to the Freedom Fighters base, and Plastic Man is made an honorary member. Plastic Man’sÂ patrioticismÂ Â is one of the best gags running throughout the episode. The rest of the team doesn’t have the same faith in him as Uncle Sam so you know he will have to prove himself by the end of the episode. They go off to the alien homeworld, they get beat, Plastic Man rallies the forces, the good guy wins.

This episode was good fun, but honestly do you expect anything else from this series at this point? We got some cool set pieces with Plastic Man’s powers and the imagery whenever Uncle Sam hit someone, reminded me of old school Adam West Batman in a way. And of course the entire reason I made this review, I kid you not… 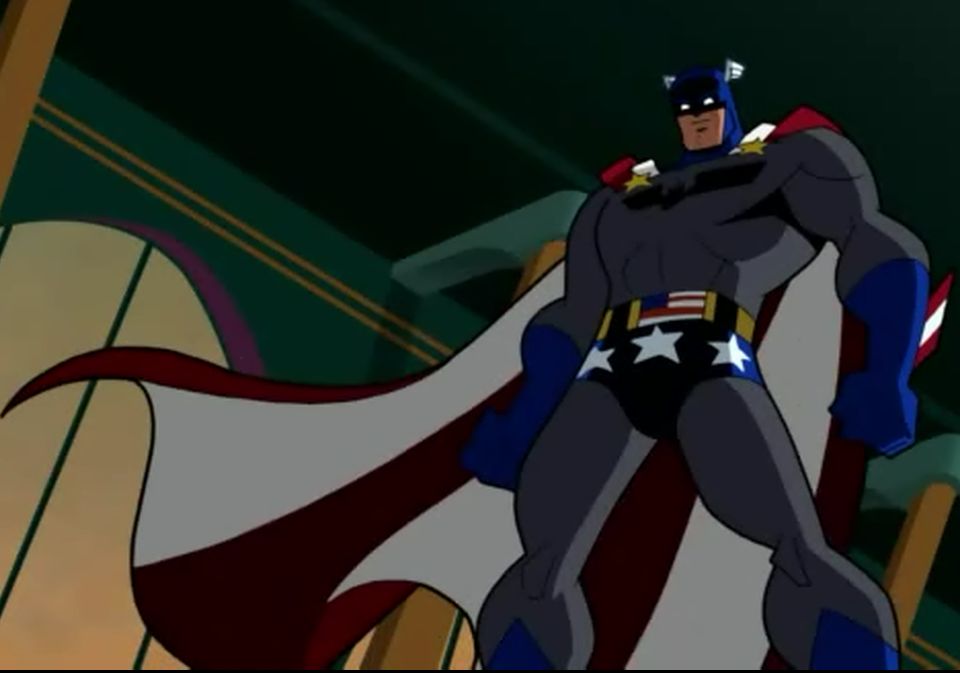 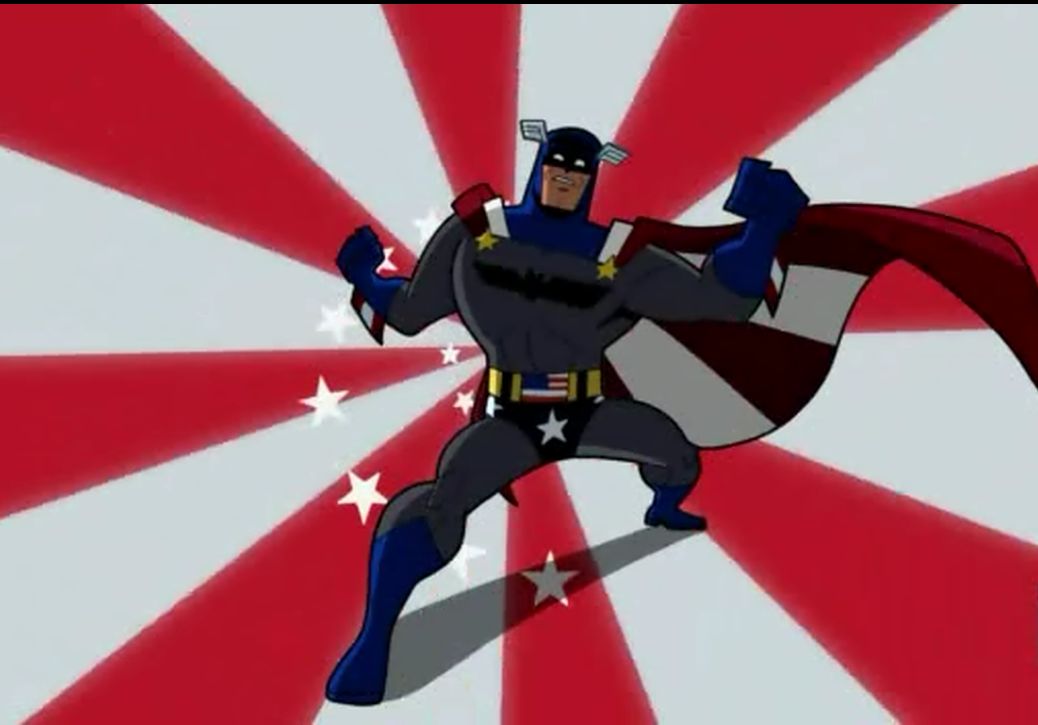 Yes, Captain Batmerica was an awesome sight/costume in this episode. He even throws a shield at an enemy!