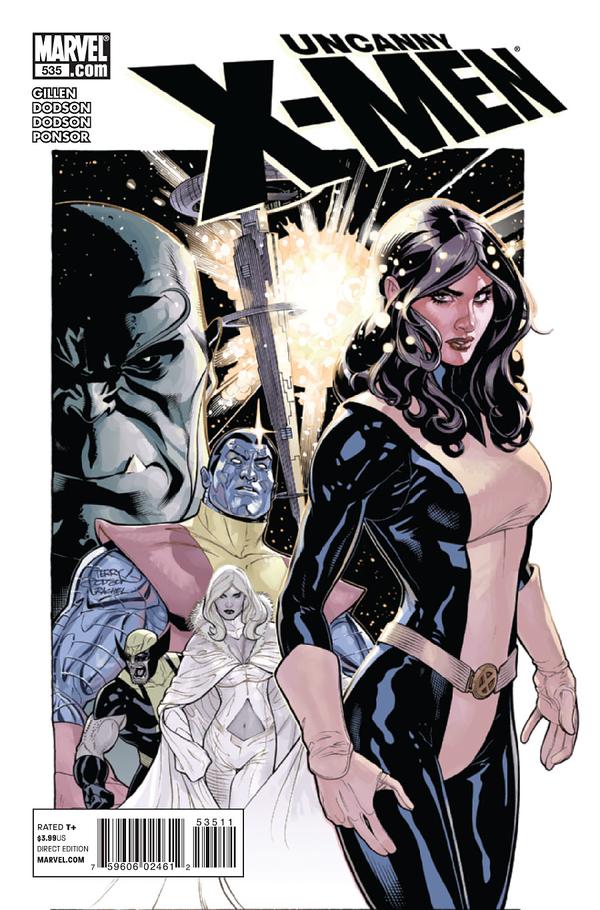 Â Â  Uncanny X-Men 535 is basically a sequel to Joss Whedon’s Astonishing X-Men run, and sees the X-Men reuniting with S.W.O.R.D. agent Brand as they try to save the world from the aliens from Breakworld, but not everything is as it seems.

Â Â  Despite being written by someone other than Joss Whedon, this book really feels like a Joss Whedon book, and that’s a huge compliment. Like a Whedon script, here Gillen has penned a story that sucks you in and doesn’t let go until there aren’t any more pages. The book has a great tone that fits the more serious nature of the story, but it still has its fair share of jokes that keep it from getting too serious. The plot turned out differently than I thought it would, but it’s a good thing that’s it not predictable, and I like this approach better.

Â Â  If you’ve been paying attention to solicits, you’ll probably know that for a while now, Uncanny X-Men has two rotating artists, who switch off after each story arc. Thankfully for this story, we’ve got the good artist on board. Dodson’s art is polished, detailed and easy on the eyes. And one of the best things about his work is how well he can convey emotions on his characters, and he does physical gestures really well. There’s one other thing I want to mention in comparison to the other UXM artist (Greg Land)’s work: he doesn’t “sex up” any of his characters (unlike Land), and you’d be surprised how much easier it is to read this over the last story arc, which was ruined by the art. But anyway, I digress.

Â Â  New Reader Accessibility Scale: 6 Despite this being the start of a new story, it does rely heavily on Joss Whedon’s Astonishing X-Men (which I recommend you check out, by the way) and the issues that had Kitty Pryde’s return from about a year ago. If you’ve missed out on Astonishing, this will be pretty tough to jump into, but if you’ve read that but been out of touch with X-Men since then, you should be relatively fine.