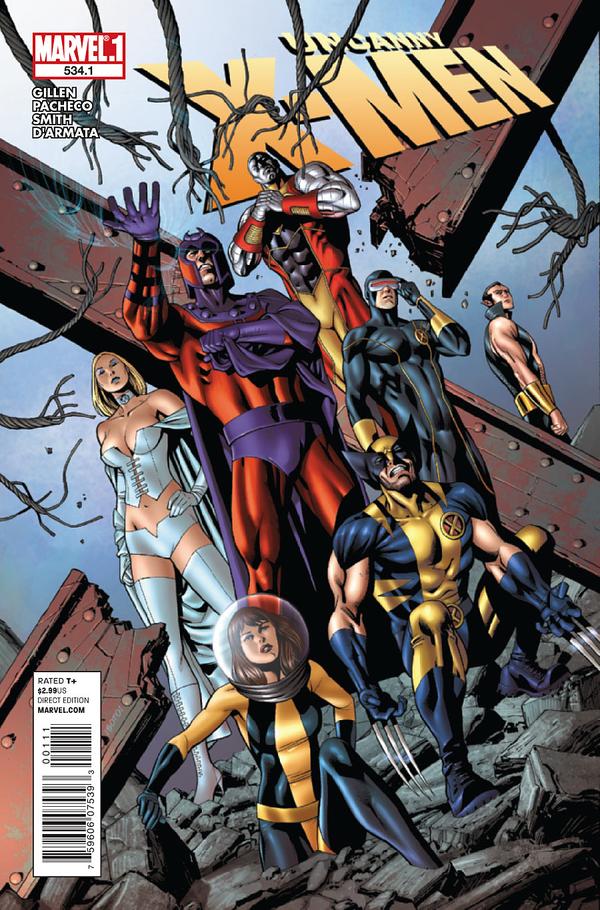 Uncanny X-Men #534.1 follows two different plots; one is about Kate Kildare, a superhuman P.R. specialist who is trying to clean up Magneto’s image so that when it is announced that he has joined the X-Men, people don’t cry for blood and the other is about the X-Men dealing with two terrorists who are extorting businesses and claim that if they aren’t paid, they will cause a massive earthquake. Naturally, these two plots intertwine at some point, but that’s all I’ll say about the plot. Now, on to the review itself.

As much as I loved Matt Fraction’s writing, Kieron Gillen is much better suited for this book. His writing is a little lessÂ humorousÂ in tone, which fits better with the X-Men. The book not only has rock solid dialog, but I must commend his handling of the story telling. Some of the point-one issues have been bogged down by having to pander too much to new readers by either ignoring past events or trying to sum everything up, but here we are offered a unique work around : you can go in just knowing Magneto used to be a villain, or every detail of X-Men and still have a lot of fun. Obviously they are some things that fans will know if they know the characters, but if you don’t know the characters you probably won’t even know you’ve missed anything.

I’ve enjoyed Pacheco’s art before on some of the Ultimate titles, and he’s surpassed himself here. Every character has a familiarity about them but still feel fresh and unique under his pencil. His unique style breathes a certain life into the panels.Â Â Another thing I found as an improvement in the art over previous work: Pacheco’s character designs look a lot better and are a hell of a lot more detailed than Land’s, and fit with the characters better.

New Reader Accessibility Scale: 9 People have wanted a jumping on point in Uncanny X-Men for years, and they finally have it. If you don’t know the X-Men that well, you may not get the same enjoyment out of it as X-Men regulars, but it’s still a great place to jump on.