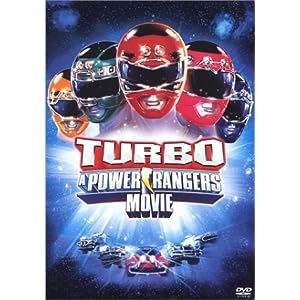 The evil space alien Divatox plans to unleash the dark forces of Maligore, a powerful, fiery creature imprisoned inside a volcano on the magical island of Nuiranthias. She can reach the island only by traveling through the dangerous Nemesis Triangle, and for that she needs the special powers of the magician Lerigot. But Lerigot flees to earth, seeking the only people who can stand against Divatox and her plan the Power Rangers. Along with the new Blue Ranger, their turbo powered Zords, and the unexpected help of the original Power Rangers set out on their most thrilling and dangerous adventure yet!

This is the 2nd major movie for the Power Rangers franchise, and would be the last as well. Unlike the original movie, this one fits into the continuity of the actual show taking place in between Power Rangers Zeo and Power Rangers Turbo. It would see the return of several original Power Rangers as well as appearances from Rita and Zedd, but how does the movie fare?

I know, I know why should I even review a Power Rangers movie, I did dig the original and while it doesn’t age well due to the CG, its still a fun ride. This movie isn’t. Its a trainwreck and a bore. Be one or the other, not both!