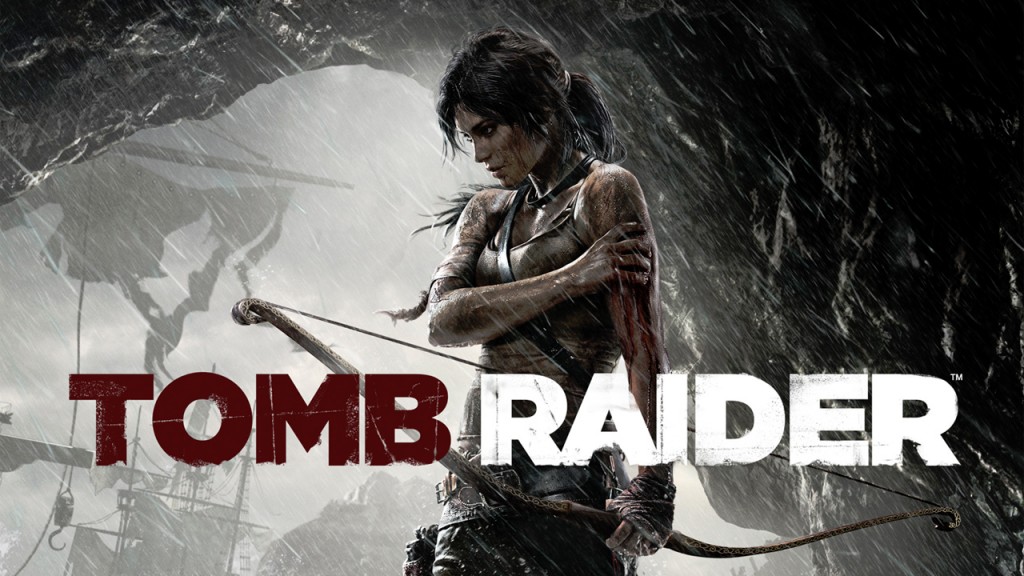 Reboots are all the rage these days in both gaming and film. The latest to receive the treatment: Lara Croft, the world-renowned “tomb raider” whose adventures had fallen from grace before being eclipsed by another gun-toting, ruin-exploring archaeology nerd by the name of Nathan Drake. After bringing Miss Croft back to respectability with Legend,Â Anniversary, andÂ Underworld, current series steward Crystal Dynamics is going all out with a top-to-bottom re-imagining of the character. Turns out, the simply-titledÂ Tomb RaiderÂ is a masterful achievement well beyond the scope of the original series’ loftiest ambitions. 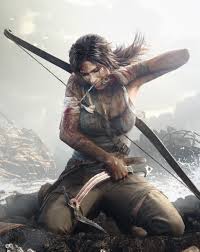 The new Lara is recast as a young, inexperienced archaeologist on her first expedition in search of a legendary island called Yamatai. After being shipwrecked during a storm, Lara must regroup with the other survivors and find a way home, all while avoiding a mysterious cult and even stranger,Â Lost-like peculiarities about the island itself.Â The theme of the adventure is “survival” as Lara learns to cope with the elements, her adversaries, and her own fears and emotions. In fact, Lara’s character arc takes a central role in the game’s story, and her evolution and maturation as an explorer, archaeologist, survivor, adventurer, and woman is a true accomplishment in modern gaming. Little quips of dialogue and subtle animations collectively emphasize Lara’s emotional journey in a subtle yet powerfully cohesive way. When the player initially takes control of her, Lara is shaken, starving, and scared, but over the course of her journey she finds the inner strength we know she later embraces, and we see and help her become a calculating and fearless leader, at times to a ruthless degree. Much has been made about the supposed disconnect between the emotional narrative beats and the brutality with which Lara dispatches her enemies, but I didn’t find the transition off-putting whatsoever giving the circumstances that frame these actions. By the time Lara unlocks a skill tier consisting of admittedly gratuitously violent finishing moves, she has already transformed completely from the terrified girl that reluctantly managed her first kill in the name of survival. It’s a refreshing treat to have a video game protagonist–particularly one that has been so shallowly objectified in prior, more juvenile incarnations–carry a dynamic emotional arc that evolves as much as her mechanical abilities. 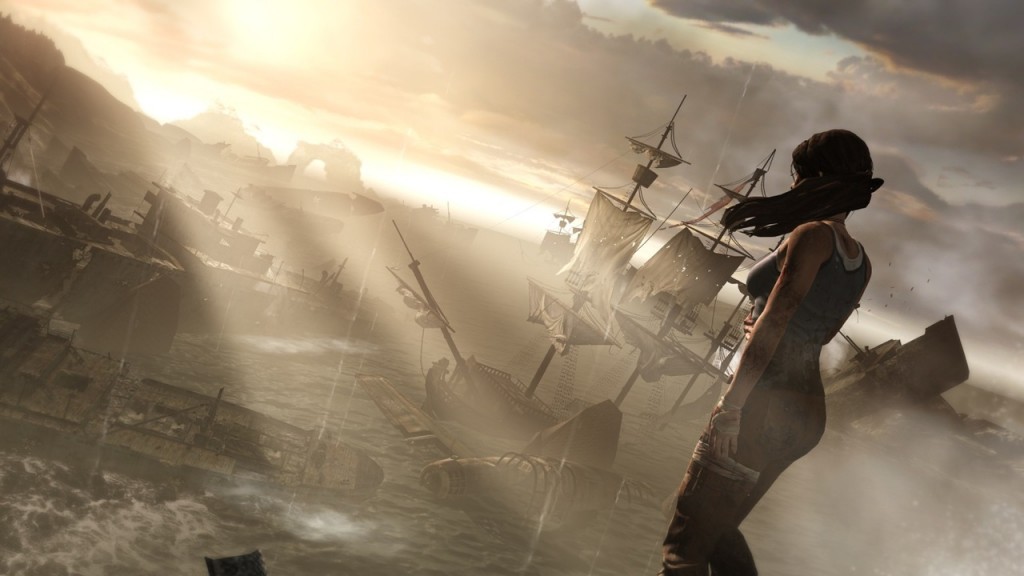 While Lara’s personal journey is unquestionably at center stage, the overarching narrative is also up to task. The mysterious island hides ancient secrets and dangers that are uncovered throughout the story, and the seemingly native Solarii prove to be menacing, if one-dimensional, antagonists. Lara’s friends and crewmates, and her distinctive relationship with each one of them, offer a human element that often provides comfort during an otherwise harrowing tale of survival. The story is riveting and well-paced throughout, delivering on key emotional turning points in spades while seamlessly layering in elements of mystery, action, and philosophy, all with heavily-researched historical underpinnings that give legitimacy to Lara’s academic credentials and solidify her intellectual wit. 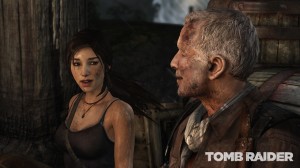 Like the oft-comparedÂ Uncharted, things do take a turn for the supernatural in the back third of the game, but unlike Nathan Drake’s adventures the seeds are gradually sown and built upon over the course of the entire story and it feels like a justified progression of the preceding events.

Other than the narrative and Lara’s character arc, three things stood out during my playthrough: design, detail, and cinematography. The island locales and the gameplay mechanics used to traverse them are tightly crafted and layered with a beautiful sheen of visual polish. Every ray of sunlight, every crashing wave, every leaf and cloud and waterfall and piece of wreckage–all of it carries a level of quality that displays a true passion for this world. Lara’s traversal through the island consists of running, jumping, and climbing through different parts of the environment, which sometimes crumbles as she goes along. New equipment she gains throughout the game opens up various new possibilities; for example, procuring a climbing axe allows her to scale certain rocky surfaces, while tying rope to the end of an arrow allows her to create her own zip lines. Older areas can be returned to, sometimes via the story but also through an otherwise unused fast travel system, allowing Lara to access new areas and secrets she couldn’t reach before. 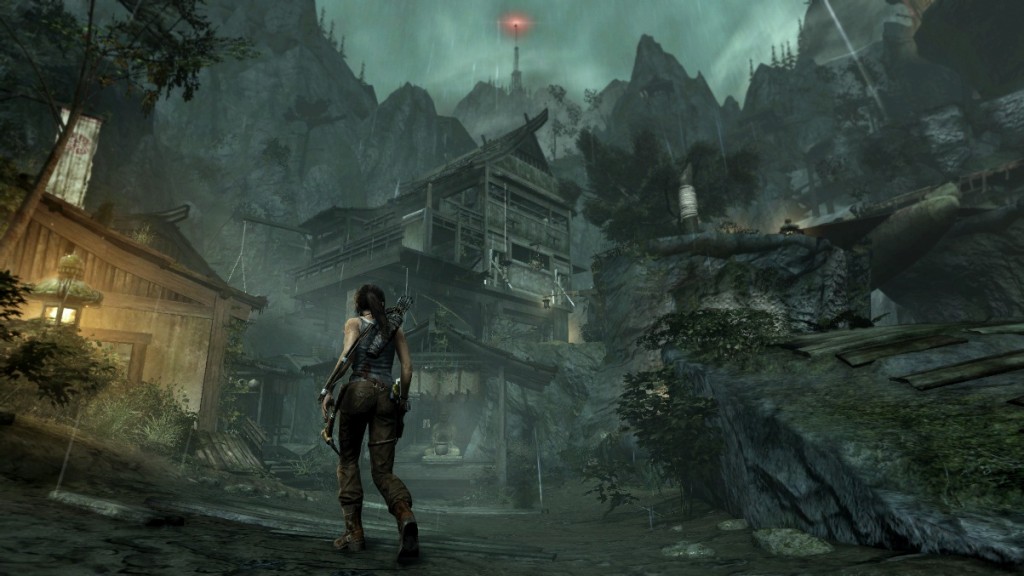 The implementation and pervasiveness of this procedural design is highly reminiscent of games likeÂ The Legend of Zelda, Metroid,Â andÂ Rocksteady’sÂ BatmanÂ titles and truly fits the exploration motif. The world is not “open,” but divided up into several smaller areas with numerous interconnected pathways. The environment and equipment are as much a part of the show as Lara herself, and traversing through levels offers some of the most exhilarating moments of the experience. As she runs through crumbling wooden structures or to avoid the destructive debris of a crashing plane, there are several scripted moments when it’s as ifÂ Tomb RaiderÂ just drops everything else and yells, “RUN!!” It’s a thrilling experience every time and the context and obstacles are varied enough to keep it from ever going stale. 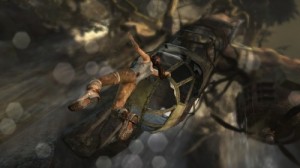 Even during the calmer moments of traversal, being able to look around the environment to determine available pathways and what equipment to use to get to each part of the setting is its own satisfying little meta-game.

Perhaps most critically, whenever traversing the lush environment takes center stage mechanically, the camera is always in position to be helpful, dramatic, or both. It’s clear Crystal Dynamics spent a ton of time fine-tuning this often times annoying aspect of 3D platformers as the camera is never an impediment and is always doing what it’s supposed to, to the point where the player never really has to pay any attention to it at all (and yet still has the freedom to manipulate it when desired). Camera positioning in general does a really great job of informing the player during high-intensity set pieces and in their aftermaths. It would be all too easy to get lost given the complex nature of many of the environments, but I never felt lost or directionless and rarely had to call up the waypoint-like “survival instinct” mechanic. There are some scripted moments where control is taken away, but more often the player keeps control (even if something as simple as climbing a ladder) while the camera is meticulously adjusted for dramatic purposes. 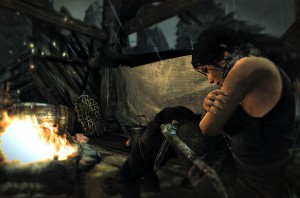 Tomb Raider‘s visual prowess is complemented by equally excellent execution in all other aspects of its presentation. The orchestral score is haunting, energizing, and mystical when it needs to be, while also dialing down when the mood calls for something more somber. It frequently complements the island’s dizzying heights and crumbling architecture, the threat of the malicious Solarii, and Lara’s evolving range of emotions. A strong voice cast artfully delivers a stellar script, particularly Camilla Luddington as the legendary heroine. I was skeptical of Luddington’s acting talents based on her previous, non-game-related work, but her incredible performance fully captures all the ebbs and flows in Lara’s grueling emotional journey. Historical trinkets and campfire journal entries go a long way in fleshing out the character and the world even further, and give players ample incentive to poke around all the island’s nooks and crannies. 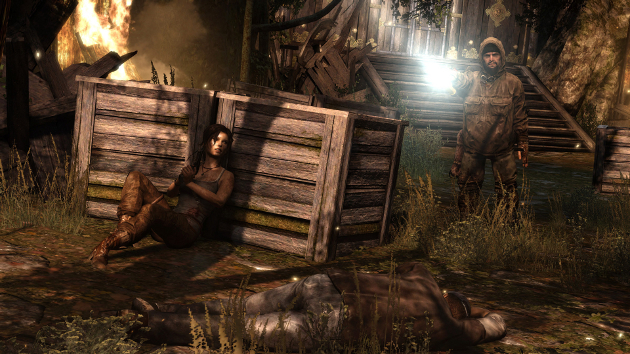 In the midst of such thoroughly engaging exploration and traversal gameplay, Tomb Raider’s gun-based combat feels like a step backward. However, it’s not bad or poorly implemented; it’s actually very tightly designed and often times thrilling. The bow as a weapon in particular is immensely satisfying to use, and exploration rewards the player with “salvage” to upgrade Lara’s arsenal. In addition to her now-signature bow, Lara also acquires a handgun, rifle, and shotgun, each of which is upgraded and augmented throughout the game via a mixture of story-based evolutions and player-allocated add-ons. Enemy AI is solid enough and, when properly paced, the gun fights can be an exciting addition to the narrative and gameplay structure. 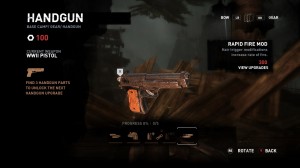 The problem is that, for a game that otherwise does so well to stand out on its own, gun fights are easily the most generic aspect of the experience. A particularly bland stretch during the middle of the game seems to unnecessarily rely on them, and while the balance eventually evens out, gameplay reverts back to a shootout right before the climactic finale. Again, the shooting of enemies with guns is not inherently poor in quality; it’s just at its best when used sparingly and when Lara is allowed a variety ways to approach adversaries such as with stealth, distractions, and environmental hazards.

While we’re on the subject of the gun mechanics, their stature as Tomb Raider’s weakest link means it should not be surprising that multiplayer is only marginally better than your typical tacked-on experience. The standard tropes are here: various cookie cutter modes, customizable loadouts, match- and activity-based experience points that go toward unlocking all sorts of perks, weapon mods, character skins, etc. But it all feels so vanilla, not only compared to other multiplayer fodder out there, but also against the stunning single player campaign. Traversal is nearly non-existent with only the occasional zip line or climbing wall to be had. The fundamental elements of the gunplay lack the creativity and progression available to Lara during her solo adventure. In fact, Lara’s context-sensitive cover system is stripped completely, leaving the third person combat feeling erratic against less predictable human adversaries. Multiplayer can be solid at times only because it’s built atop strong base mechanics, but it’s too chaotic and generic to hold any more than a passing interest. Suffice to say, someone seeking more Tomb Raider after completing the story would be better served picking over the island for the remaining collectibles or playing again on a higher difficulty; either option is much more fulfilling.

For a game titled Tomb Raider, reboot or not, there is a surprisingly low frequency of the eponymous tombs. Naturally, a story centered around survival and maturation doesn’t leave much room for such self-serving antics, but the traditional crypts are not completely forgotten. 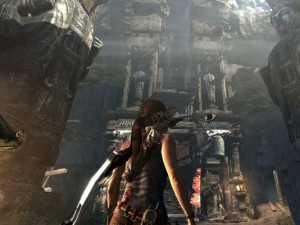 There is only one tomb, albeit a centrally significant one, that Lara comes across in the main story, while six “optional” tombs lay in the damp corners of the island’s many sub-areas. Each of the optional tombs contains a physics-based puzzle of varying quality, as well as some valuable loot for completing it, but each feels a bit truncated to its potential. While the marginalization of the tombs is yet another sign that this not the same Tomb Raider that’s been idolized since the original PlayStation, there is one bit of fan service at the end of the game that is wholly satisfying and bound to leave long-time fans with a smile on their face.

Rating: 5 (out of 5) — This re-imagination of Tomb Raider and its heroine Lara Croft could not have been pulled off any better by Crystal Dynamics. The wonderfully-nuanced design is clinically executed, drawing heavy inspiration from the likes of Uncharted, Metroid, The Legend of Zelda, Batman, Lost, and of course the Tomb Raider titles of yore, yet feels completely unique from any of those games. It is truly a crisp experience, utterly thrilling from beginning to end, and a true stand out in what has been a rich console generation. On top of that, Crystal Dynamics has managed to tell an incredible story that is refreshingly human. Quite simply, this is how to reboot a beloved character and series. Given Lara’s complete transformation from beginning to end, it will be very interesting to see where the series goes with its new lease on life.