To say that I am a fan of the Silent Hill series is a little inaccurate. I spend most of my days replaying previous entries in the franchise, agonizing over the comic’s minor inconsistencies, detailing my hatred of the movie to random pedestrians, and writing short-stories that exist as a homage to the franchise’s universe. If anything, I’m a little fanatic. 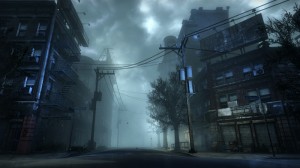 Â This firm investment in the franchise left me both incredibly excited and thoroughly on-edge about revisiting Silent Hill an eighth time. Since the release of Silent Hill 4: The Room and disbandment of Team Silent, new entries in the series have been handed off to various external development houses with mixed results. Silent Hill: Origins played well, but had an unfocused narrative and odd gameplay mechanics. Silent Hill: Homecoming had a satisfying backstory, but the heavy emphasis on combat destroyed the game’s atmosphere and many fans saw the twist as being derivative of Silent Hill 2. Silent Hill: Shattered Memories’ twist blew my mind, but the run-or-die gameplay didn’t sit well with me and navigation could have been much more intuitive. The thought of digging into yet another externally produced entry in my favorite franchise and being *almost* satisfied yet again was terrifying. In the weeks before release, I prepared for impending disaster; every trailer and preview was approached skeptically and I refused to get sucked into what appeared from the outside to be a satisfying Silent Hill game. The day of the game’s release I humbly sauntered into our local GameStop, picked up a standard copy of the game without a strategy guide, took my time getting home, and popped the disk in my Xbox when I had some free time after dinner. That night I sat in front of my Television for a solid 8 hours and was captivated the entire time. 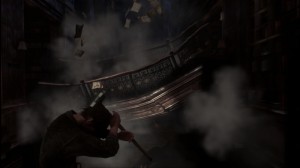 Silent Hill:Downpour revolves around Murphy Pendleton, a convict with a violent streak who has been incarcerated for several years at a correctional facility for initially undisclosed reasons. While being transferred to a maximum security prison with a group of inmates and a corrections officer the bus they were traveling in tumbles down a hillside just on the outskirts of Silent Hill and Murphy is left to fend for himself. Like all protagonists in the series, Murphy was brought to this otherworldly ghost town for a reason. We aren’t told upfront exactly what Murphy did to be incarcerated or why he deserves to be trapped by the town, but as the story progresses we are fed bits and pieces until you start to get a clear understanding of what he’s been through. He is by far one of the more charismatic protagonists we’ve seen in the franchise, and as more of his history is revealed, it’s hard not to sympathize with the path he eventually took. The game also lets you create Murphy’s character yourself with a few choices littered throughout the story. You’ll be tasked a couple of times with either rescuing someone from harm or leaving them to it. It’s an interesting mechanic, but I don’t think it has too much significance over the story itself. Downpour’s plot twists are familiar, but Murphy has an engaging story and having some sway over how he acts helps you invest yourself more in his character.

The gameplay is interesting because it mixes contemporary game mechanics with classic survival horror conventions. Movement is fluid and you walk like a normal person, but combat is unwieldy as you aren’t an action hero. Exploration is both fun and rewarding, but there are fixed cameras that limit sight in certain areas and maps are typically vague. You have the option of taking in side-missions, but only if you seek them out and want to risk getting ripped apart by merciless creatures. Supply management is streamlined and easy to use, but weapons degrade over time and you have to keep a keen eye out to find every health pack and puzzle item. Travel feels more oppressive as ever thanks to the title’s morose atmosphere and gaggles of wandering creatures, but moving from area to area never feels like a chore. Â The areas themselves can pack some devastating, life-threatening surprises, but the auto-save feature has your back if you can’t cycle your inventory fast enough. Finally, the ‘Other World’ makes a full return, but feels unique since the water motif is played up and you spend the entire time running from a black hole entity called ‘The Void’. 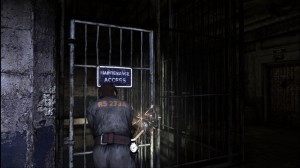 Sadly the game is not without its faults. Camera angles can at times be counter intuitive for exploration and the frame-rate occasionally chugs along. Monster designs are mostly uninspired and lack the same symbolic depth of previous Silent Hill titles (save, The Wheelman and Bogeyman). Difficulty spikes appear at times, but overall the level of challenge remains consistent. Some would say that the combat needs an overhaul, but I think the difficulty of combat works in this survival horror’s favor; I’d rather dread every encounter than simply get a headshot and think nothing of it. The item collection system is pretty intuitive, but there are times where you’ll find it hard to distinguish between picking up a weapon and picking up a beer bottle. While most of these faults can essentially be forgiven, I’m not at all a fan of how the final act’s pacing plays out. Instead of exploring atmospheric areas with the occasional jump scare and attacker, hordes of pissed off creatures are thrown at you and the game shifts to more of an action-horror game. The Silent Hill series has always been about the atmospheric and this is one design choice that fundamentally undermines the game’s tone.

My biggest fear when first sitting down with Downpour was going to be another let down. Silent Hill thankfully makes a remarkable return to greatness thanks to inspired writing by Tom Waltz, a beautiful new soundtrack from Daniel Lynch that both innovates and pays homage to Akria Yamaoka’s sound design, and Vatra Games’ dedication to crafting a truly chilling visit to the small American town of Silent Hill. It’s not perfect, but the best time I’ve had with the series in a decade.

Recommendation- Buy–Â Downpour is not without its flaws, but the game is a solid experience. Fans of the series should find a lot to like here.Â