The Fall TV season is in full swing, and it means we get a wave of freshman shows all vying for your attention. And Tuesday is one of the busiest day of the week. With a handful of shows debuting tonight, and still a few more to come in the week’s ahead. We figured we would sample some and give you a taste of whatever it is worth investing your hard-time into.

The Muppets – Coming into the 2015-2016 TV season, The Muppets was easily my most anticipated show. And after watching the first episode, I wasn’t disappointed, but I wasn’t exactly thrilled with the final product either.

I’ve used this comparison elsewhere, but The Muppets feels like some strange love-child of The Office and 30 Rock. Dealing with the every day lives of a stock set of characters, who also happen to be in the entertainment business putting on a show with a high-strung diva. I enjoyed both of those shows, and the formula works well here. The thing that I found distracting though was making The Muppets so adult, I guess. There were jokes and segments in here that just seemed inappropriate to watch around kids. And it’s utterly bizarre to me to have a Muppets show in this day and age which isn’t cross-generational.

That said, it does a good job at executing on what it is. So I’d recommend checking it out.

Scream Queens – Another show that I was looking forward to, and even more so after Scream turned out to be a surprisingly fun show this past summer. Unlike Scream, Scream Queens had known actresses and creator behind it so the sky was the limit.

I have to say after the two hour debut, I don’t think I’ll be back unless impressions really pick up.

I’ll start with the positive, I thought the very last-minute twist in the show was a great hook, and I’d be curious to see how it plays out. The problem is, the other 119 minutes beforehand just drained me of any care I could give.

Gross characters. A really ugly monster design. And not ugly in the good way, where it’s grotesque and frightening. But more in that the villain looks like a porcelain doll, which isn’t scary or creepy just really off-putting. None of the characters seem likable by the end of the two hours. There’s enough offensive stereotypes and jokes in here to offend almost any sex, gender, orientation and race. The kills weren’t really that clever.

And then there’s this one long social media set-up. That might have been fresh and funny if it was executed well… or if there was proper follow-up to it sometime in the 2 hours allotted to the show?

I don’t know. Your miles may vary, but I don’t recommend.

Limitless – I was a bit confused when this show (and Minority Report were announced), a show based on a movie.. that would be a sequel but not star the main character (Bradley Cooper) but seemed to limited in scope. 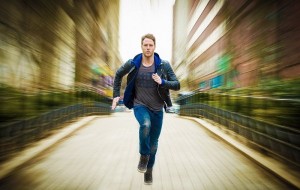 After watching the pilot, the scope of it all still concerns me, but what was presented was a fun little show… if you don’t have your fill of procedural yet.

Much like a comic book character, the first episode is essentially an “origin” tale which explains how Brian goes from using the drug for his own problems to solving a murder mystery to working with the FBI, which seems to be the direction the show will go in for the week to week adventures.

Brian spends most of the first episode alone, and in order to move the show forward there is a lot of internal monologuing, and after a while it did get annoying. But by the end of the episode, he is paired with someone. And hoping in future episodes, they play off of each other more.

Also, and spoilers, Bradley Cooper’s character makes an appearance, and it seems like he may have a continuing role in the series which is a nice hook for fans of the movie.

Recommendation, I mean it’s worth it if you want a new show and don’t do like a dozen other procedural shows.

I hope this proves helpful to those out there!