FF 1 is the beginning of a new era for the Fantastic Four. At the same time, it’s also a continuation of Hickman’s Fantastic Four story. Have no fear though because, in my opinion, it’s very new reader friendly and a good jumping on point (but if you’re not reading Hickmans FF run already, WHAT IS WRONG WITH YOU!?).

Some of the characters are still grieving over the death in issue 587 (which everyone probably knows by now, but I’m not going to mention who it is. You know, just in case). I think this is what creators mean when they always bang on about “death meaning something”. They’re not just getting up and shouting “oh well, onwards and upwards!” The death has had real impact on some team members, and will continue to do so in future issues of FF.

But anyway, onto this issue.

Firstly: yes, Spider-man is on ANOTHER team. This is actually at the request of the deceased character. Spider-man has a lot of history with the team, so it makes the most sense that he should be the hero to join. Better Spidey than Wolverine, right? This could also be the first issue in which Steve Epting has drawn Spider-man, and he does a great job! 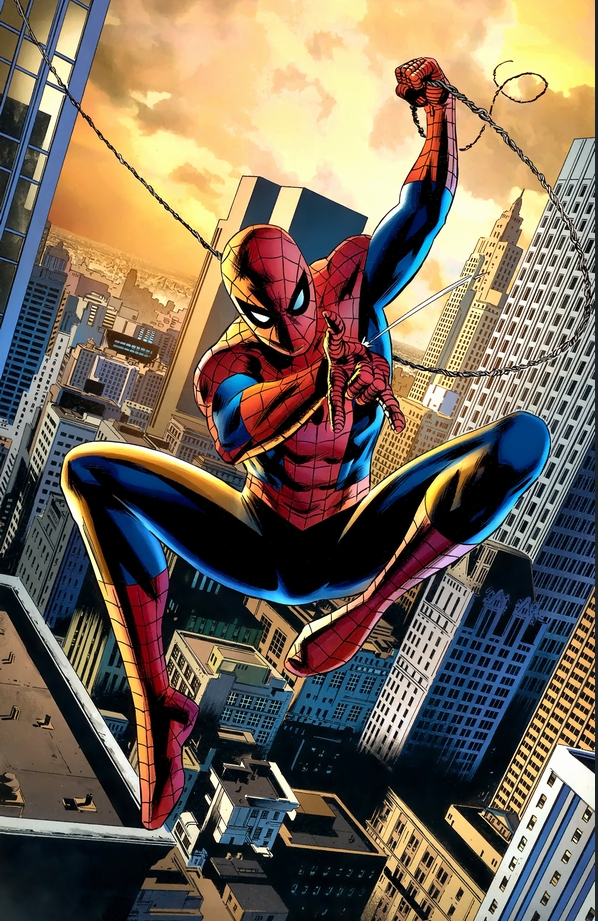 I also like how A.I.M. is used in the issue. I might just be me, but they seem to be popping up more and more in the Marvel Universe in different titles. Epting also does a good job at pencilling A.I.M goons. The hired help has got to look good!

My main, and really only problem, with this issue is that besides Reed, Sue, Ben and Spidey (did I just give away the 587 character death? Oops!) the rest of the Future Foundation don’t really have much to do. It is only the first issue, so I’m not going to be too harsh on it. What I’m expecting out of FF though is the Richards kids and the rest of the children to play bigger and more important roles in the book. It’s no longer about the Fantastic Four. There is no more Fantastic Four. It’s the Future Foundation. We’ll have to keep reading to see how Hickman handles the team. 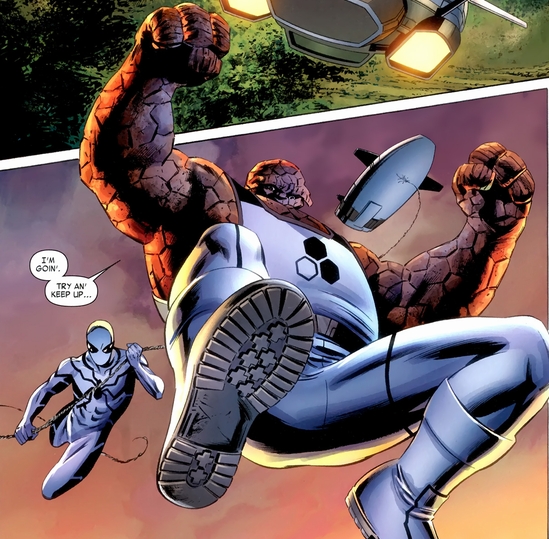 You’ll probably see the last page in this issue coming, especially if you’ve been paying attention to the rest of the series. But, for me at least, it doesn’t take away the impact the final page has. Doom Prevails.

New Reader Accessibility Rating: 8. It’s a number 1 issue. Now is the time to start reading. I’d give it a higher rating, but like I said earlier, it is a continuation of what Hickman has been doing for the past couple of years with the Fantastic Four. I’d say buy a few issues of FF, if you like it then pick up his Fantastic Four trades.