The War of the Green Lantern is over…kind of. 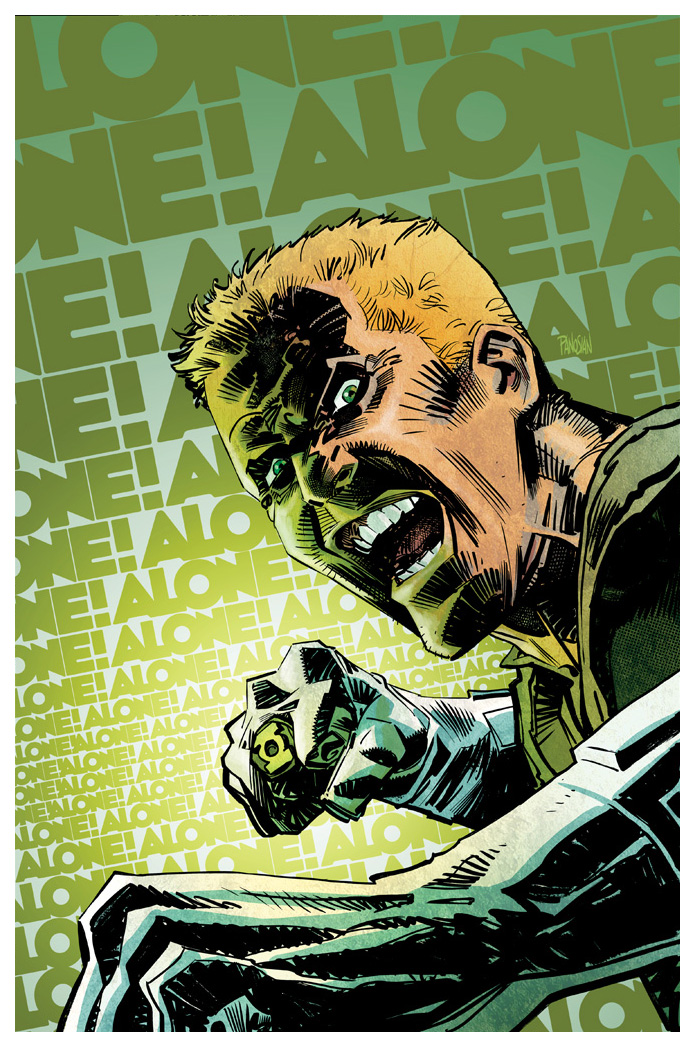 Due to either a shipping error or just not giving a damn, Emerald Warriors shipped before the conclusion of the War of the Green Lantern arc, which under normal circumstances could be a pain in the arse. Really doesn’t matter here, as this “fallout” book doesn’t even mention the big event.

At the start of the issue, we are informed that Guy is on his way to vacation on Earth for a few weeks, and while its easy to assume, never really told outwardly that this is due to the aftermath of The War (hell the Green Lantern Corps has been a constant state of turmoil for like 3 years now, could just as easily fit in between any of those events). While on his way home, Salaak passes through an emergency distress call, and the wheels are put in motion for the rest of the issue.

While it may sound like I’m down on the issue, it does work well for a one and done story. You can fit it anywhere in your Green Lantern reading or skip it altogether. Granted, saying a story is skippable isn’t always the best endorsement. In this case, it holds true. It doesn’t build on the mythology of the universe nor is it exactly a great character study for Guy. Actually, there’s really nothing remarkable about this issue at all. The art looked a little off to me (especially Salaak and Guy at dinner). The writing was kind of dry.

The plot was kind of thin, but I guess if I had to be positive, I really did dig the action with Guy in the second half of the book. I kind of felt that this story would haveÂ benefitedÂ from being a two-parter instead of lumping everything into this one issue, but what can you do.

New Reader Accessibility: 5– Like I said before, this story stands on its own. There’s really nothing you need to know that isn’t given to you in the book.

Recommendation: Pass- While its a great stand alone adventure, I can’t in good faith actually recommend people reading the book. It just did nothing for me on any level.