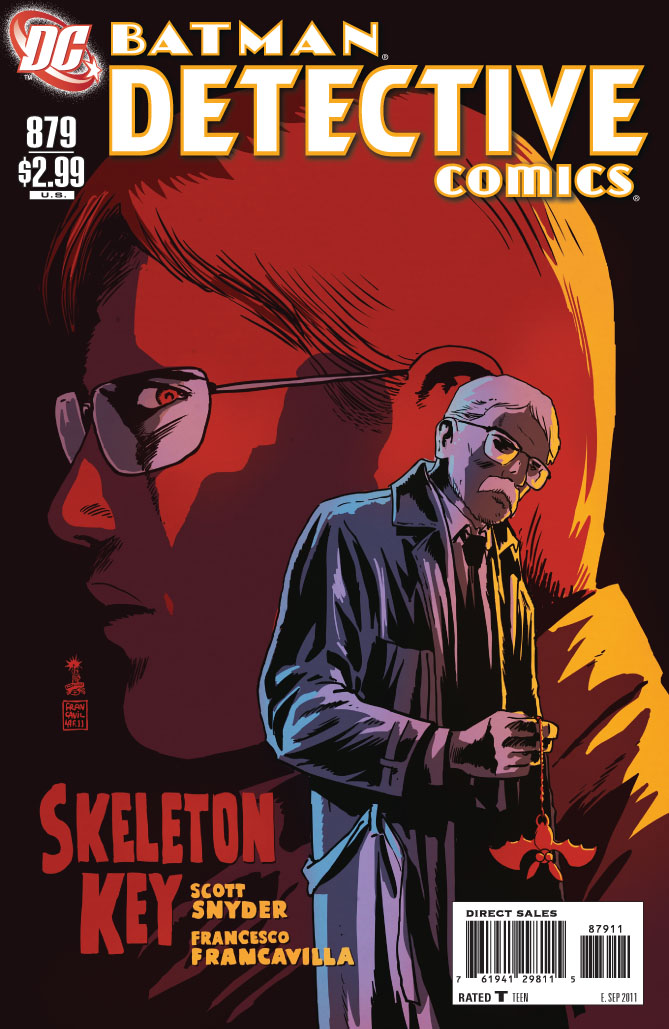 Since Scott Snyder took over Detective last year, one of the many great things about his writing has been his characterizations of the citizens of Gotham, as well as the atmosphere he’s able to build with the artists he has worked with. This month, we get to see his wonderful characterization of Jim Gordon again, but the real star here is Joker. Now, with the exception of Grant Morrison, no one’s really been able to use the Joker for the last few years, but he’s back and creepier than ever. Hell, he was downright frightening in this issue, and you don’t even see his face.

We also get some insight into what James Jr. has in store for Gotham, which makes him even creepier than he was a couple months ago. I just mentioned creepy a lot, and that’s part of why this book is so good: it takes psychos and actually makes them creepy again as opposed to the run of the mill criminals they always seem to be portrayed as (not that there’s anything wrong with that when done well).

This issue also features the return of Francesco Francavilla and his awesome noir style. Thanks to his great pencils and a fantastic colour job, he turns the script into some pretty scary stuff, whether it’s the Joker being taken through the halls like Hannibal Lecter, or even something as mundane as a conversation between Gordon, Leslie Thompkins and James Jr. I also want to give him props on the cover, which fits perfectly with the tone and content of this issue. Without Francavilla (and Jock on the other issues), this series wouldn’t be nearly as good.

New Reader Accessibility Rating: 4. It’s pretty easy to jump into, but you’ll probably be a bit lost since James Gordon Jr. has been the book for quite a few issues before hand. That being said, if you haven’t jumped on board this arc yet, now is still a fine time.

Bottom Line: As I’ve been saying with every issue of Scott Snyder’s TEC, BUY IT! This is one of the finest Batman runs in years, and you are missing out if you’re not reading it.