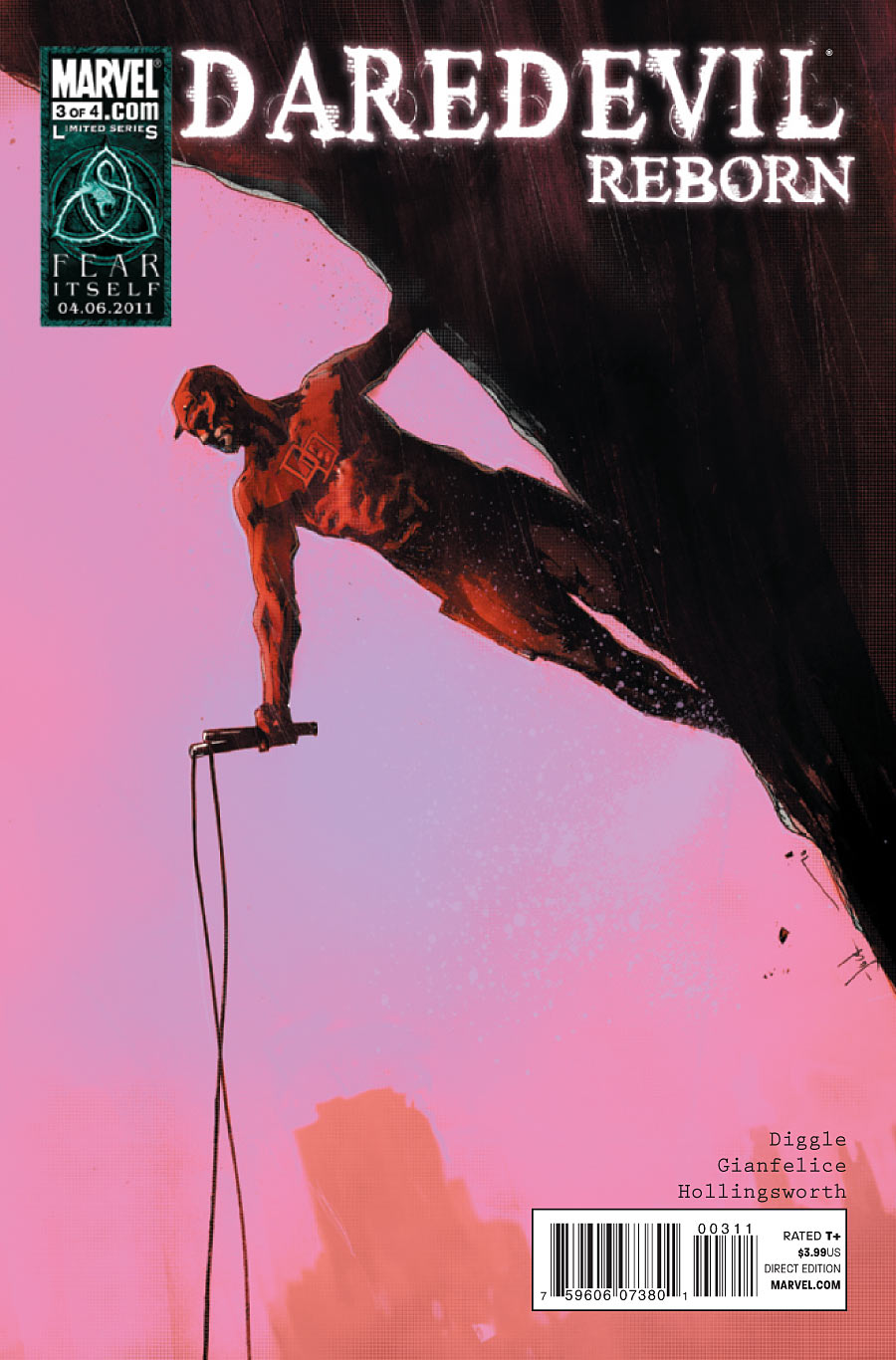 For a book called “Daredevil Reborn”, this book has really not had a whole lot to do with Matt Murdock atoning for his crimes (or even really dealing with them at all), until the end of this issue. Needless to say, the plot of this mini-series has been a let down. I would have liked to see it go in a different direction and deal with him on a more personal level, although I guess that’s what the re-launched ongoing is going to do later in the year.

So, on to the writing then.Â  Andy Diggle has been writing Daredevil for a year and a half now, so he more or less knows how to write Murdock. I’m not a huge fan of his DD work (especially when compared to say, Bendis or Brubaker), but he’s certainly not a bad writer. He usually knows how to plot a story, but, as I mentioned earlier, the plot in this book is kind of crappy and I’m a little let down.

Prior to Daredevil Reborn #1, I hadn’t seen any books by Davide Gianfelice, so I’m not too familiar with his style, but I haven’t liked his art that much to be honest. It’s pretty rough around the edges, which I guess fits with the tone of the book, but it’s not that pleasing to the eye. I would have preferredd if Jock did the interior art as well as the covers.

New Read Accessibility Scale: 2 Since this book is issue three in a four issue limited-series, obviously it’s not very accessible. Not to mention that it continues on from Shadowland, and in a way Diggle’s entire run (and Brubaker’s and Bendis’), so unless you’ve been reading Daredevil for at least a year, or at the very least, the first two issues of this series, you’ll be pretty lost. Also, as part of Marvel’s “Big Shots” line this year, Mark Waid is re-launching the Daredevil ongoing, so I’d wait ‘til there to jump on.