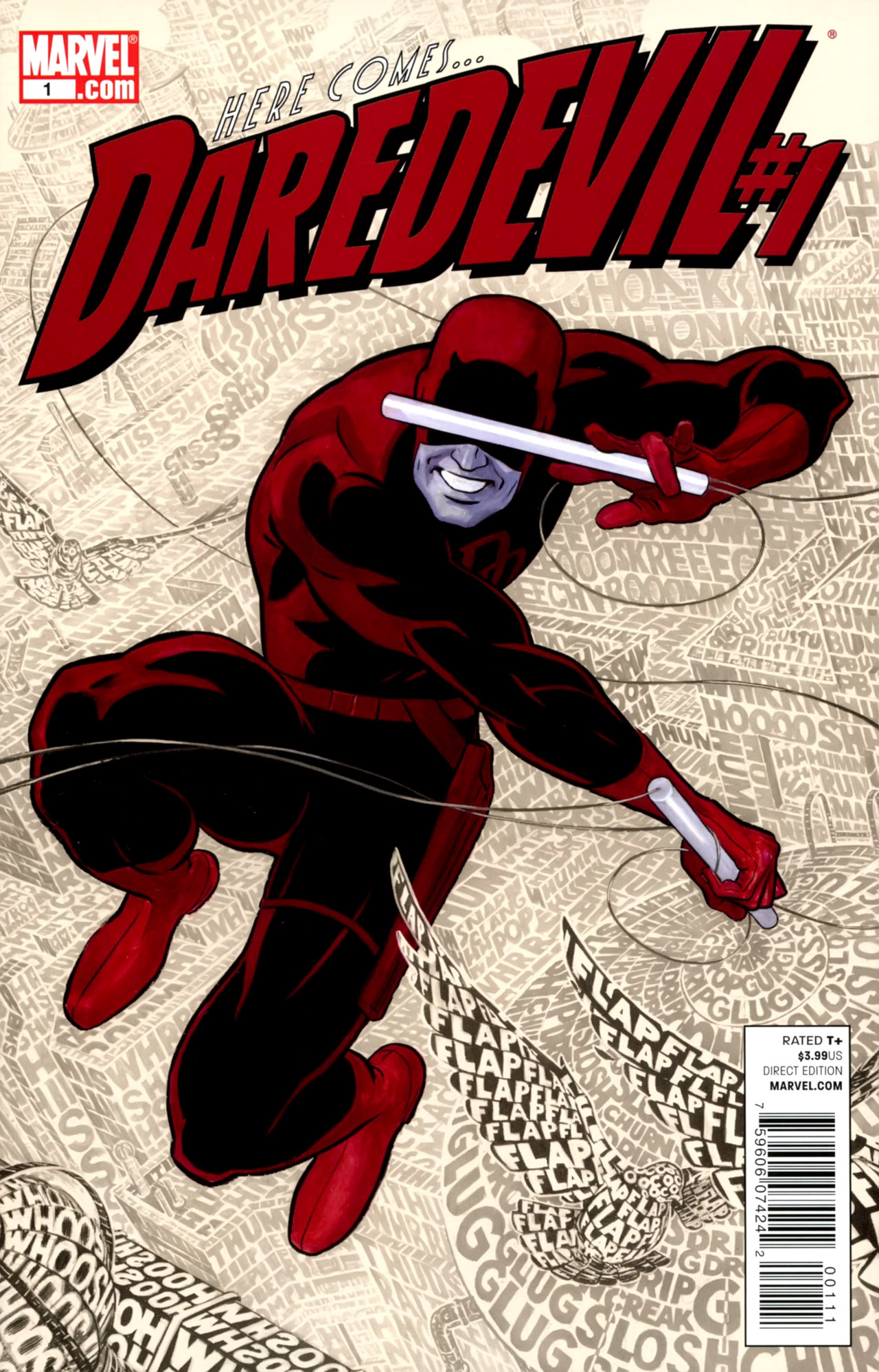 The scarlet swashbuckler is back in New York, with a new direction and take, brought to us by Mark Waid.

In my opinion, it’s been a rough year for Daredevil fans (myself included). Shadowland started last July and finally jumped the shark by making Matt too dark for his own good (on top of being executed very poorly), and it was clear Daredevil needed a fresh set of eyes, and a different take on the character. Now, we’ve got that relaunch here, and boy, is it good.

Mark Waid has proved he was the best choice for this hefty task. His writing conveys such life and optimism that genuinely makes you happier as you read the issue. We haven’t seen Matt like this in years, and it’s incredibly refreshing and just plain enjoyable. Waid’s take on Matt himself is one of the best I’ve seen, from his newly regained optimism to his goofing around so people won’t believe that he’s Daredevil, even if they know.

The Rivera artwork is nothing short of excellent. We get great acrobatic action sequences, but even with the scenes where Matt is alone with his thoughts, the little mannerisms are there and they match the thoughts perfectly. There are also plenty of little panels just grinning, which are just damn well placed. Martin’s artwork is really different, but great none the less. The story he draws is much more about how Matt interacts with the city’s smells and sounds, and less about action or furthering the main plot, but it acts as a nice backup. Speaking of which, their interpretation of the “radar sense” is probably my favourite thing about the book. They really capture what it must feel like to go through New York being able to smell so well you can smell individual strawberries and tell them apart, or follow someone by their perfume (which leads to a funny moment early on in the issue).

New Reader Accessibility Rating: 5. This is one of those relaunches that is actually perfectly accessible to new readers, and still satisfies the long term fans.

Recommendation: BUY IT! Daredevil fan or not, this is a fantastic issue and promises to be the start of a great run.