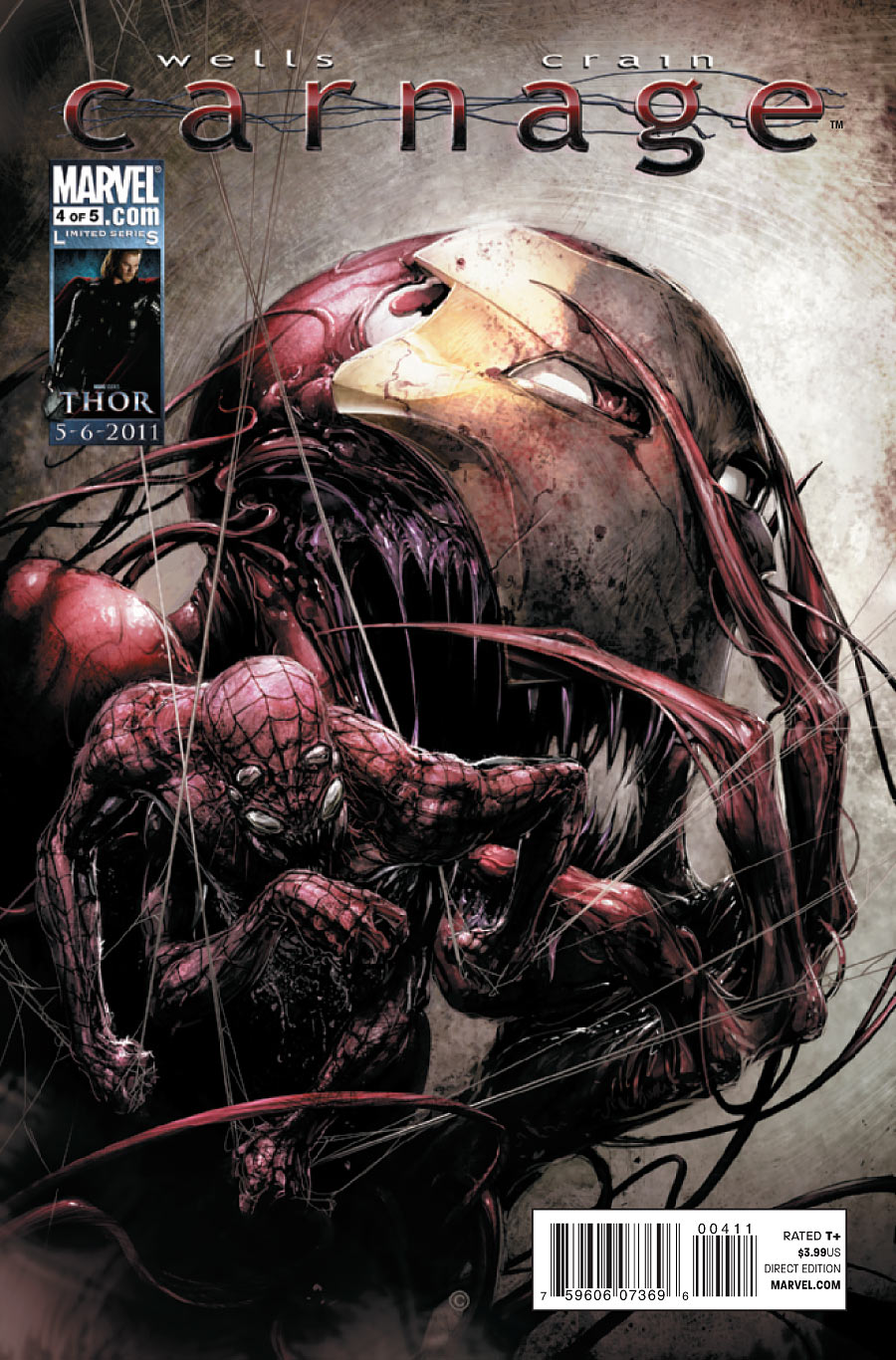 Picking up after issue three, Cletus Kasady and the Carnage symbiote are back together, and it’s up to Spider-Man and Iron Man to stop them before it’s too late. Meanwhile, Shriek and the Doppelganger have a chat with Shriek’s psychiatrist.

As far as I’m concerned, Zeb Wells is the perfect Carnage writer. He doesn’t do anything revolutionary with the character per se, but he perfects the symbiote we know and love (to hate and fear). He’s also got his handle on Spidey and shell head, although there are a lot of better writers for the both of them out there. My only real complaint with his writing this issue is that, compared to the other issues so far, the pace is pretty slow, which is probably due to this being the second to last issue of the mini-series.

Wells and Crain really are a dream team for Carnage, as Wells’ art really suits the characters and tone of the book well. For the most part, the art is pretty good, but some of the panels are so murky that it’s hard to tell what’s going on, especially during action scenes like the fight between Carnage and Spider-Man. And of course, it’s not the most detailed art out there, but it works well in this specific case, thanks mostly to the creepiness of it.

New Reader Accessibility Rating: 4 With this being the penultimate issue and all, it’s a pretty poor place to jump on. This is one time I’d suggest trade waiting, as finding the other three issues is quite difficult.