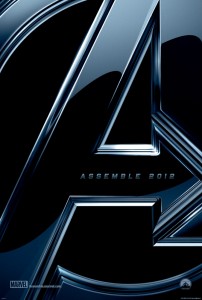 In 2008, Marvel Studio’s released Iron Man. This was to be the first feature film financed and produced by Marvel Entertainment. Marvel characters weren’t new to the big screen (Spider-man and X-men were two of the biggest movie franchises ever), but Iron Man was to be different. It was the beginning of something much bolder and something that had never been done before in Hollywood. Samuel L. Jackson’s short post-credit cameo would ignite fan boy imaginations everywhere with the line “I’m here to talk to you about The Avenger Initiative”. Four years and five films later: The Avengers arrives in cinemas everywhere. Tracks had been laid throughout the previous movies (the aforementioned Iron Man and its sequel Iron Man 2, The Incredible Hulk, Thor and what would almost work as a prequel Captain America: The First Avenger), and I have to say that Marvel have succeeded.

The man given the task to bring these characters together is Joss Whedon. Whedon is a familiar face with fans, being the man behind the Buffy the Vampire Slayer TV show and even writing some Marvel comics. He wrote and directed the film and he did a great job of both.Â  He had the advantage of, mostly, working with actors who’d played the characters previously. The only newcomer is Mark Ruffalo who plays Bruce Banner and also provided the motion capture for The Hulk. I liked Ed Norton’s Banner in The Incredible Hulk, but to me Ruffalo seemed to do a better job of playing the scientist side of Banner. And while you do have to wait to see the Hulk, he’s never looked better on screen and does plenty of smashing.

The script is near perfect. There’s the familiar humour that is a regular in each Marvel film, but perhaps more importantly Whedon has crafted a script that gives each character enough screen time and enough cool moments that no one feels under served. Team movies are not easy (Example: X-men: The Last Stand, Fantastic Four 1 & 2), but he uses his ensemble to his advantage. As you’d expect, there are scenes were hero is fighting hero. It’s chalked up to nothing more than an argument or disagreement by the end of the day, but it’s what we want to see. When you have Thor and Hulk in a movie together you want to seem them fight, and we get exactly that and them some. 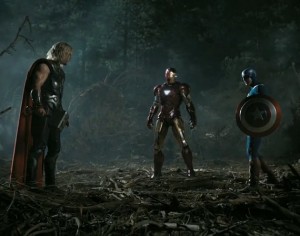 Admittedly, the first act is mainly tying up threads from the previous movies. Some people may find it slow and just want to skip ahead to the action. But rather than skipping straight into the huge battle, the audience needs time to reconnect with these characters. Yes, most of them have had previous movies, so audiences are familiar with them. But audiences need to care about the characters before the war, or the end scene just ends up like Transformers. That’s what the difference is between this and the Transformer movies: you’re interested in these characters. They mean something to you, unlike the giant robots.

As I mentioned earlier, a stand out performance amongst many is Ruffalo as Banner. It’s tough for him because he’s coming into a role that’s been played by many before. He really makes Banner and the Hulk his own and is possibly the star of the movie. Another character I want to mention is the villain of the piece Loki. I liked his character in Thor, but his villainy was more low-key and on the sly. In The Avengers his pure evil side comes out, and it’s fantastic. The first shot we see of him is a close-up and he’s giving the most evil smile ever. He is almost left with a “I want to conquer the world just because” role, but Tom Hiddleston relishes the role and has so much fun with it. He’ll probably be in a lot of Top Villain lists from now on.

There’s no hiding the fact that this is pure pop-corn cinema, but The Avengers stands proudly high above the rest. It gives you plenty of action, good humour, likeable characters and does it all with a shine and smile.