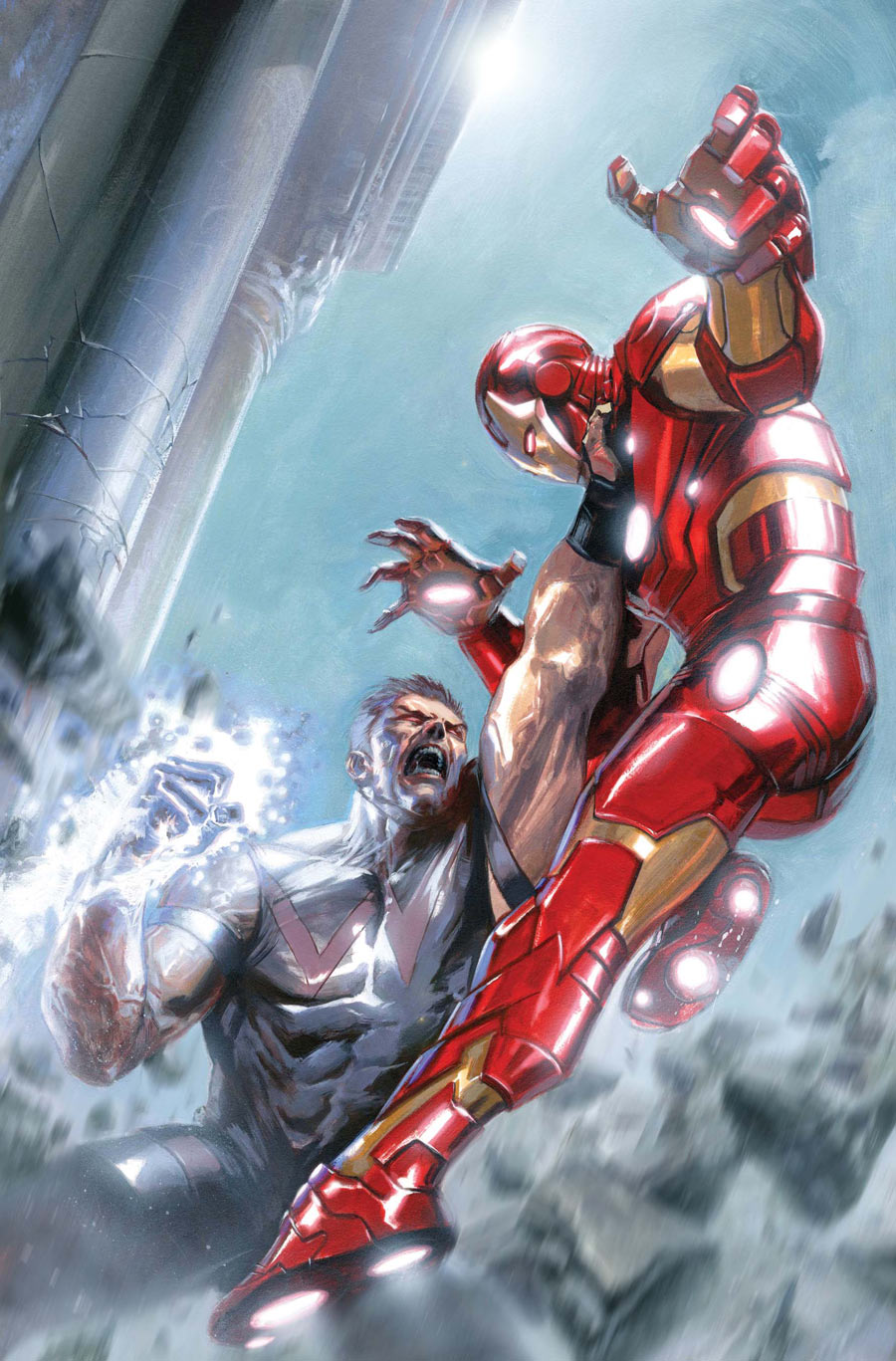 Avengers Annual #1 continues the on-going story of Wonder Man’s feud with the Avengers. He believes that The Avengers are to blame for the recent ‘event’s’ that have happened over the recent years in the Marvel Universe (e.g. CIVIL WAR, HOUSE OF M, WORLD WAR HULK and DARK REIGN). It is his belief that the Avengers are doing more wrong, then good, and that the world would be a better of place without them. It’s an interesting premise, and Bendis does interesting things with it in the pages of this Annual. However, this could be viewed as the Annuals first and main problem. If you picked up the Annual to read as a one off, and haven’t been following Marvel continuity that closely, you may find yourself lost at times, and also wondering if you should care at all.

The Annual is also the second part of a story, which was started a few months ago in New Avengers Annual #1. This Annual takes place directly after the New Avengers Annual, 44 seconds after, to be exact. That previous Annual also has the main beef of the action, as most of this one is used up to explain Wonder Mans motives. If you read that previous Annual, you’ll enjoy what’s here because you see the aftermath of the Avengers Mansion battle, up to the take down and incarnation of Wonder Man.

But, that’s not to say these Annuals are bad, because they’re not. They’re just not new reader friendly, and they don’t work well as one-shots, like Annuals should.

If you’ve been following Bendis’ Avengers for a while, there is payoff here. Wonder Man threatened to take down the Avengers in issue #2 (which was published in June, 2010), so this has been building for a while. There is also some stunning artwork by Gabriele Dell’otto, from the open double page spread of The Quincarrier, to a double page spread of Wonder Man andIronMan.It’s a great looking book, and no two pages are laid out the same. It’s a shame we can’t have this art on a monthly basis.

So, overall, I think Avengers Annual is a good read if you’ve been following Bendis and his run on Avengers. You’ll also enjoy it if you’ve read some of the big Marvel events over the recent years. It’s just not very accessible to new readers.

New Reader Accessibility: 2. I’d really like to give it a higher rating, but I can’t . If it’s read as a double bill, with New Avengers Annual #1, then its more accessible. But on it’s own, I think it’d be hard to break into for some new.

Recommendation: Browse. If it wasn’t $4.99, it’d be worth picking up for the artwork alone.