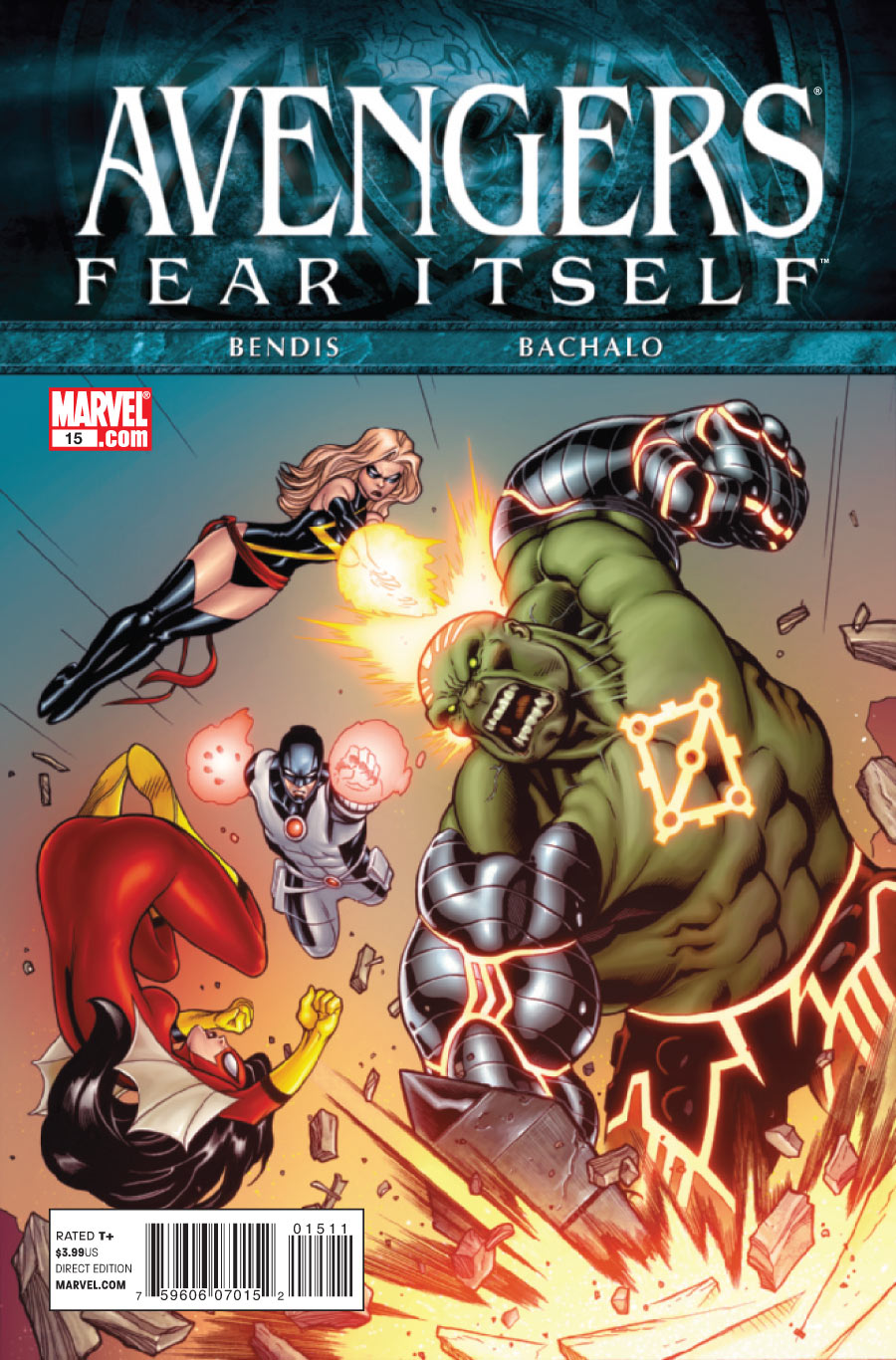 Marvel Solicit: It won’t take some of the Avengers to fight the madness of fear itself it will take ALL OF THEM!! It’s an Avengers reunion in the ruined streets of New York as Avengers old and new gather to fight the fight no single hero could possibly withstand.Â  And finally, who on the Avengers will fall in love…for the very first time?! What?Â  We can’t believe it either!

What I thought of it:

Issue 13 of Avengers left me wanting one thing: more Chris Bachalo Hulk. And thanks to John Romita Jr and Chris Bachalo being on rotation for The Avengers during Fear Itself, I didn’t have long to wait.

But before we get into how great Chris Bachalo’s Hulk is to look at, and indeed, his other characters, let’s start at the beginning.

Avengers 15 cuts, once again, the talking head interviews of characters in between action scenes. This is something Bendis began doing in Avengers 13, and he has even crossed it over into his other Avengers title ‘New Avengers’. He’s also used talking head interviews in his comics previously (see Dark Avengers #5). I could see people who prefer the more traditional approach to comics not being a fan of this, but I think Bendis accomplishes what’s he’s trying to do. He’s informing the reader directly of what’s going on using his characters. For long term readers, they’ll probably be aware of most of what’s being said, but for newer readers, it makes Avengers 15 very new reader friendly.

Last issue, we saw The Thing take on the Red Hulk. This issue, we get to see 4 of The Avengers take on The Hulk. This battle is cut between the talking head interviews, which I mentioned previously. Like I said at the beginning of my review, Chris Bachalo’s Hulk looks fantastic. He makes the character looking menacing and powerful at the same time. There are a few panels in which his hammeris probably out of proportion, but it doesn’t matter, because it looks insane. 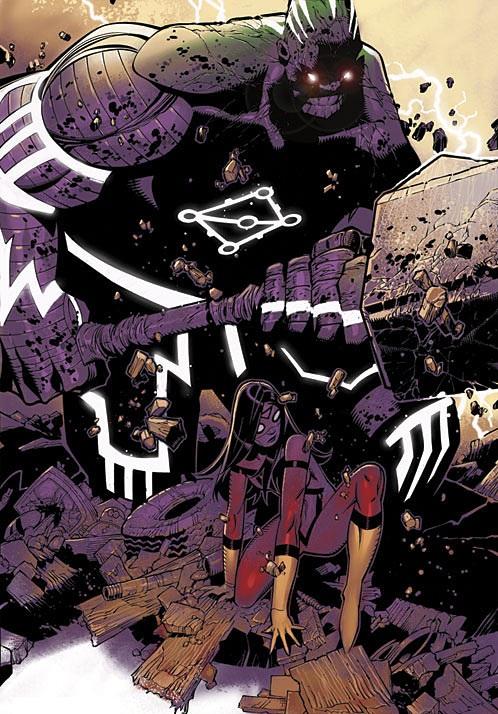 Avengers 15 is very similar to 14, in the way that it is just talking heads cut between a huge battle. But if it ain’t broke, why fix it? Obviously, the battle is different. It didn’t feel like I’d seen this before. Bendis is making this event tie-in interesting to read. Sure, the retrospective take the interviews have on the Fear Itself story tell us that most heroes will make it through, but who cares? In our hearts, we know that’s the case anyway, because it’s what we want.

New Reader Accessibility: 4. Since this issue, technically, takes place when Fear Itself ends, it gives you a good overview of the story and event. I think this makes it fairly new reader friendly. It’s also rated All Ages, yet it’s still quite brutal, but in a way which is suitable and fun for younger readers, as well as older readers.

Recommendation: Buy it. If you’re enjoying Fear Itself, this is one tie-in you don’t want to miss. If you’re curious about how Bendis is bending and breaking the conventions of comics, try it out. If you want to see a bad ass Hulk, BUY THIS COMIC.