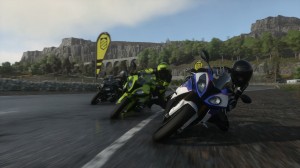 That’s the basics of it’s release, but you’re here to know about the game. What does this expansion deliver? With Driveclub Bikes, you get a new tour to compete in and 12 bikes. The tour setup remains unchanged from the original release. You play a couple of events to earn stars, so that you can then take part in a cup. If you beat that, you do the same again. The events are for the most part similar to the ones in Driveclub so you will still do a ton of racing and time trial events. The only new one is called “Skill.” This one replaces the drift events, because there is not much drifting going on with bikes. During these, you have limited time to clear a course during which you have to stick to the racing line, do wheelies and stoppies all to earn enough points to get those precious stars. I found the new “Skill” challenges to be more enjoyable than the drifting events they replaced. The tour is probably about half the length of the one from the base game so just going through it without getting all the stars should take around 6-8 hours. A fair amount of content for the package. 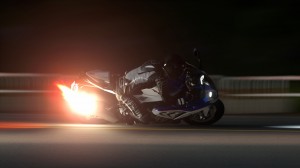 The bikes deliver a great feeling of speed, they probably feel even more dangerous than the cars. The way you have to bank them to get around the corners also gives the act of driving a whole different flair. The problem is that the difference between bikes feel almost non-existent. You could give me any of the bikes in this and I couldn’t tell you which is which if it wasn’t for the visual differences. Driveclub came with 50 cars and despite it’s arcadey nature it still managed to make each feel unique. Bikes doesn’t deliver when it comes to that or the amount of vehicles available to you.

Driveclub veterans will also notice that this expansion doesn’t come with any new tracks. For the entry price that seems like a slim package. You basically just get a short tour and a couple of bikes that all feel the same. The value is slightly better if you come into this as a new player, because you basically get the tour, the bikes and all the tracks from the base game. Of course you can also create your own club, do races online and challenge other drivers. 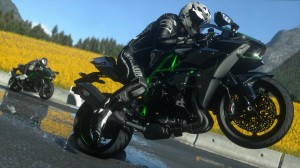 Review 4 (out of 7): Overall Driveclub bikes is a fairly average affair. As an expansion it feels a little light. A couple of new tracks would have done wonders. So for Driveclub owners I would only really recommend it if you are one of those people that is really into bikes. New players can probably add a point to the score. While the tour isn’t the longest and the vehicle selection isn’t big you still get a lot of game considering the amount of tracks and multiplayer options.