Reflections of a Wearld Tour

I’m asexual. I’m bisexual. I’m gay. I don’t know. Over the years, I have given many answers when folks ask me what my sexuality is. And truthfully in the moment, I believed almost all of those answers. 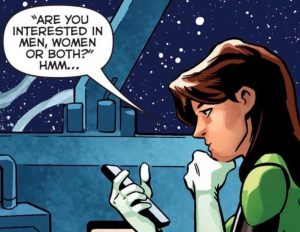 The belief in something can be a strong and powerful force. It’s how most of us control the chaotic world around us, but it can also be a tricky and manipulative mentality as well. A belief can shape your world view so much that you when you go out seeking answers, you only want evidence that supports your pre-established beliefs. Instead of trying to gather an answer based on the evidence presented to you. In hindsight, for many years this is the rabbit I tried to chase. Find a label, then see how many of my feelings match said label. Presto, changeo, I had my answer… until I didn’t. Time and time again.

Replaying moments in my head, it seems like I kept waiting for that one light bulb moment you see in entertainment. That idea that perfectly mashes everything you’ve been wondering about into one perfect solution. For me, it has never come and I think I’ve accepted it never will. Ironically though, I think that realization proved to be the final piece I was missing. I wanted a solution that would solve all my problems, but what problem was I actually trying to solve?
It’s a cliche I know, but sexuality is fluid, everyone exists on a scale that isn’t necessarily tilted 100% in any one direction. And like a good liquid you can’t force the shape without either changing the container it’s in or changing it’s state. Sadly for humans, we have not been able to create a device to do either for ourselves. I can look back now and realize it was foolish to try and fit into a specific container because I had to… or because I wanted to impress certain parties.

I was waiting for something that was never going to come because like any good scientific research the evidence was already laying itself out for me.

I’ll be fair, this is getting very rambly and my metaphors are mixed and incomplete. Time to start bringing it home.

The long and short of it is that I’ve learned I don’t properly fit into any one category. I like men. I like women. Maybe not in equal measures or at the same time. I mean like anyone it varies greatly on a person by person basis. But unlike before I’m happy and satisfied with knowing that.

In many ways, my own dilemma was answered years ago on Scrubs. I’m simply Earl, who likes what he likes. And that’s my truth.