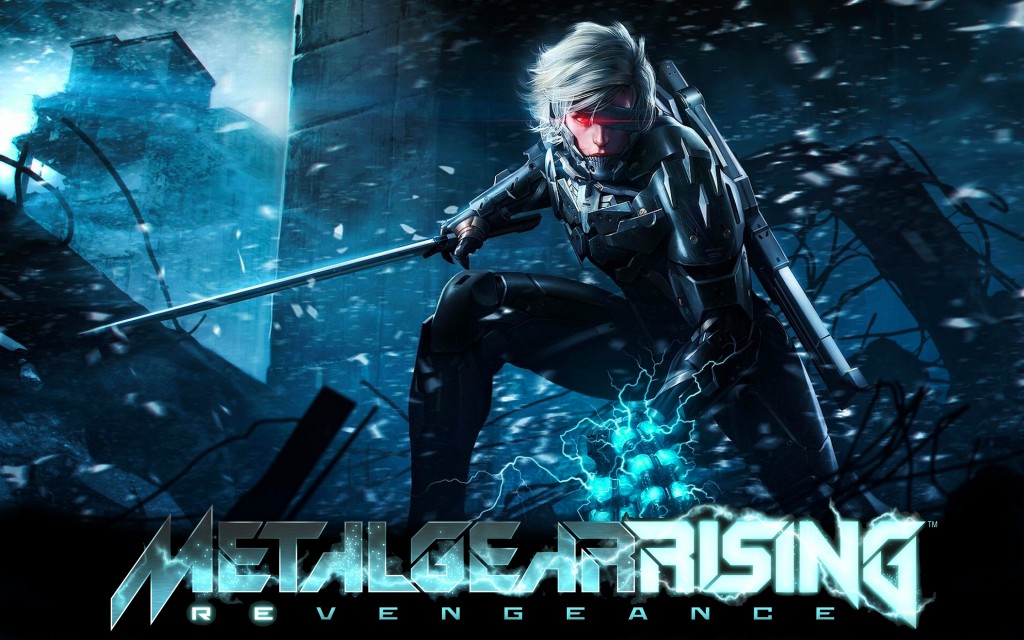 I have a confession: I’ve never played a Metal Gear Solid game. I dabbled with Twin Snakes, watched my college roommate play parts of MGS4, and got about halfway through MGS Touch on my iPad, but that is about the extent of my experience with Hideo Kojima’s magnum opus. So keep in mind while reading that these impressions are from someone new to the series, someone who is not steeped in the expansive and convoluted lore that has been built up for nearly as long as home consoles have been around. 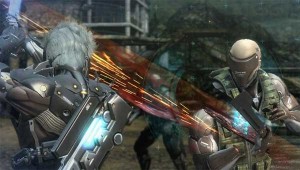 But then, Rising isn’t really a Metal Gear game. Oh sure, it has certain tropes from the series–the titular robotic bipeds, the political undertones, the cold-mannered protagonist, and motifs of mind control and the meshing of biology/technology. But there’s also no Snake, Solid or otherwise, no stealth gameplay, nor even any guns. In fact, it’s not even being made by Kojima Productions anymore–the original designers were abandoned in favor of Bayonetta’s Platinum Games.

After being introduced to the basic mechanics, and namely the much-toutedÂ Blade Mode, the demo finally opens up and the Platinum influence is felt. The sword-based combat is smooth, responsive, and beautifully choreographed. New protagonist Raiden dances around and through foes with a gracious fluidity that is very satisfying to control. The mechanics in the demo are purely offensive, with no sort of block or dodge to fall back on. The only line of defense Raiden has is a well-timed parry that is accompanied by a stylish slow-mo effect and a window to counter. 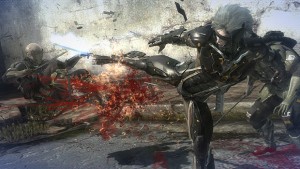 It sounds and even feels kind of basic, and I would certainly withhold skepticism that the mechanics displayed in the demo can hold up over an entire game. That said, the demo featured several moments of exhilaration as I slashed through cyborgs, Metal Gears, and even a snarky robotic puppy with a chainsaw tail. The one wrinkle in the combat system that was shown off was Blade Mode, a modifier of sorts that allows Raiden to slow time (or presumably enhance perception, but the effect is the same) so that he can line up the perfect slice through an enemy. The damage dealt by these high-accuracy slices is beautifully and accurately rendered, and whether cutting up watermelons or cyborgs, abusing the ability is a kind of guilty pleasure.

Certain enemies also have weak spots that can be identified and sliced through via Blade Mode, and a quick finger can follow up with a cinematic quick time attack that rips out Â an electric blue spine. The importance of this tactic is hinted at during the mission briefing and will hopefully add a level of depth to the full game, but its effect during the demo was purely aesthetic. The only major gripe I had with Blade Mode is that camera control is awkwardly shifted to the left stick while the right is used for lining up the slashes–a disorienting effect when the left and right sticks are otherwise used for movement and camera, respectively. 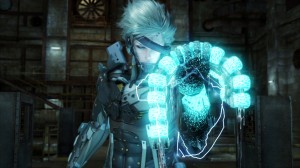 While gameplay was a thrill, the presentation left much to be desired. The game is visually beautiful, but everything else falls pretty flat. Voice acting is cheesy and forcibly delivered, and while the script’s numerous cringe moments invoke a poorly-localized translation, even the Japanese-originating dialogue’s very structure is awkward and poorly paced. Supporting characters frequently spew out expository facts or descend into political diatribes, and either case feels unpolished. I’m not sure if this is the fault of Platinum or a characteristic of the entire Metal Gear franchise that is simply not resonating with me, but suffice to say that this game will sink or swim on the strength and depth of its slice-and-dice mechanics alone.

The demo is about half an hour to forty-five minutes long and features a tutorial, a lengthy (and gorgeous) cinematic, and one boss (or perhaps mini-boss) fight. It’s available now on both Xbox Live and PlayStation Network if you want to take it for a spin yourself. While I still have doubts about the full game’s longevity, the demo validatesÂ Metal Gear Rising’s stature as a title to watch this year.