I’m going to start this post off with a disclaimer. Not only am I a Marvel Fanboy, I’m a LEGO fanboy, and LEGO Marvel minifigures are already lining the shelves in my room. Nonetheless, I’m going to give the game a fair and honest shake. 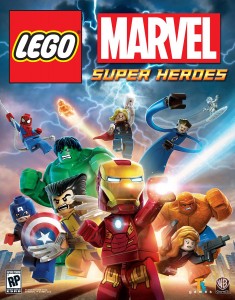 As soon as you turn on the game you get a glimpse of what it’s all about. The game opens (if you don’t press start!) with a little story narrative that introduces the plotline of the game. When we start a new game, we’re shown a cut scene that tells us more about what we’re up against. The game opens up with a level that has been on display countless times if you’ve played the in-store demos or seen any of the trailers. It depicts the fight against Sandman at Grand Central Station.

Playing the game is just like any other LEGO game, you have your basic hitting, punching or blasting moves, and breaking certain objects apart lets you build new items from the ground up, usually helping to progress the story. The first characters you play as are The Hulk and Iron Man! Hulk can transform back to Bruce Banner at will, and Iron Man can take to the skies and fly around the battlefield, blasting enemies from the air!

A little further into the level and we discover something I haven’t seen done in a LEGO video game before, a third character joins the fight. Spider-man teams up with Hulk and Iron Man to add a third character (and more powers!) into the mix. Now when you’re playing two player your friend doesn’t have to be stuck being a sidekick! They’re a full-fledged super hero just like you, and they can choose who they want to play as.

The game is more action packed than most LEGO games. Right out of the gates you’re faced with a giant Sandman that you must defeat to complete the level. There’s no time to take it slow when the universe is at stake. 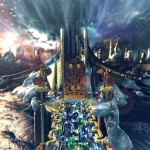 Â The controls can be a bit frustrating at times until you get used to them. I kept trying to use certain moves, only to accidentally switch between characters or launch myself into the air to fly! It’s probably just me though, I’m always a bit slow at learning new controls.

I’m only two levels in, but I can see that the game is absolutely loaded with extra content. The character acquisition screen at the end of each level shows an abundance of characters that are just waiting to be unlocked, and each level has a ton of areas that can’t be accessed without characters with certain abilities.

The game is a mix up of the Marvel universe. While Maria Hill is a staff member of the S.H.I.E.L.D. Helicarrier, and Agent Coulson is still alive, Nick Fury is making Schwarma jokes, all of which are direct references to the Marvel Cinematic Universe. Interestingly enough, though, and obviously due to issues with rights and licenses, Spider-man (based on his costume, and the related LEGO sets) is from the Ultimate Spider-man cartoon universe. What’s even stranger is that Doc Ock (who appears in a recent LEGO Spider-man set) is wearing his classic comic outfit. The game takes a few elements from all over the Marvel universes and blends them together in a fun game for kids and adults.

Kids will love being able to play with their favorite Marvel characters and toys, while adults will love the fun humor and references to the films and other aspects of the Marvel universe. 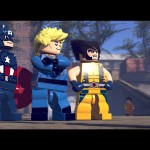 Â The game isn’t too farfetched either. Unlike in the original LEGO Batman where Batman and Robin had invented strange suits that existed solely for the purpose of accessing certain areas, each Marvel Superhero has a specialized set of unique abilities that help progress the storyline without making the characters dress up in clunky non-cannon costumes.

While the game is no LEGO City Undercover, it’s a fun game packed with a ton of content and all the Marvel characters we know and love. Let’s face it, Marvel hasn’t had a good track record recently of releasing the most quality games, but LEGO Marvel Superheroes is looking to change that. The unique storytelling and great use of the characters powers and abilities doesn’t make the game stale or feel forced. Playing through the game takes critical thinking and it’s fun finding out all the things each superhero is capable of! The solid gameplay and fun (and not so farfetched) story elements along with the classic LEGO humor help create the winning formula for this game. While it’s not perfect, the game is a ton of fun and I can’t wait to discover all there is!