If Platform-Holders Were Familial Units

Sometimes dreams bring up the strangest ideas. This isn’t really a dream article, but a before-I-sleep-I-spend-too-much-time-thinking article. In this case, I had finished recording a guest spot on a podcast in which talked about Sony’s strengths and weaknesses as a 1st party developer, and it got me to think about how each of the major platform-holders would appear if they were part of the family. What follows is a breakdown of Nintendo, Sony, Microsoft and PC/Valve as part of the clan! 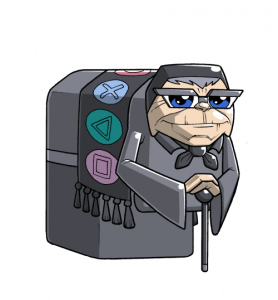 The inspiration of this article. If Sony would be any part of the family, it would be your Grandparents. You know the sweet, kind people in your life who gives you so much, but you never really question what’s in it for them. Sony’s willingness to give gamers all types of games (Whether it be a financial success or not) is to be commended, but it also needs to work on balancing those sheets.

Also like your grandparents, Sony is always at hand to give you a super special treat such as free games or experimental artisty titles like Journey, Flow and Flower. 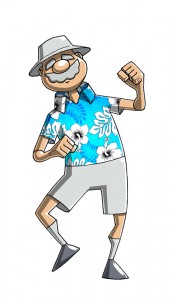 The oldest company on our list, but not the oldest member of the family for the feature. If Nintendo were to be part of your family, they would be your crazy Uncle. You know the one! They are just a bit-off center, they appear in your life sporadically, and they always tell you the same story but somehow manage to dress it up and make it new and exciting every time.

I doubt very few would argue that Nintendo marches to the beat of a different drummer. Their quirkiness has been seen as both their strength and their weakness, but they continue to thrive. I also doubt many would disagree with them having the most stable.. stable of releases. You can always count on a new Mario, Metroid, Zelda and so much more on a Nintendo console, but 30 years later and fans around the world continue to get excited for the next major release in these hallmark franchises. Sporadic appearances, let’s be honest 30 years in the business and Nintendo still can’t nail down a steady stream of games! 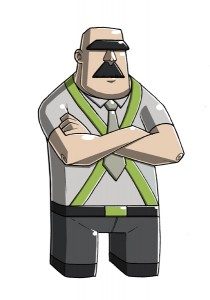 The final one from the console side, and the toughest one to really nail down. But after some thinking, I feel like Microsoft would be your stern, no-nonsense Father. The type of father who really does love you, but wants to teach you life’s tough lessons. Not everything is free. Nothing is ever handed to you, and sometimes you need to work just a little harder to get everything you want.

Like I said, Microsoft was the hardest company to nail down, but ultimately I went with the strict father figure. Microsoft’s stance seems to be give you the bare minimum and hope you don’t notice. They remain the only company that charges you for online play, which in of itself isn’t so bad except they put a lot of features the others give you for free behind a paywall as well. They also have theÂ sparsestÂ release schedule of any of the first party companies. They seem to be on an alternating schedule of Halo and Gears of War releases with the occasion Forza and Fable thrown into the mix. You don’t notice their inattentiveness because you have cousins and aunts and uncles who are over your house all the time with presents to make you feel better! 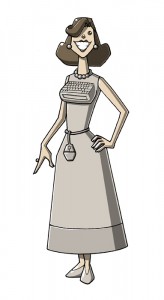 Would be your ever-loving and doting mother of the family. She is always there for you. She supports you in whatever endeavors you may pursue, and loves you unconditionally. Sometimes she realizes she has to be tough so she will try and push you, but always willing to help you out at the end because she doesn’t know any other way. She also knows that as much as she wants to love and protect you, need for you to make your own mistakes and learn from them.

PC gaming can be the easiest or most challenging way to play gaming. It really is a coin flip for some. It offers a ton of avenues to game, Steam, Facebook, browser and the likes with different delivery methods and payments. It can serve as a friend you turn to in your darkest hour or a mentor who will teach you so much. It allows you to tinker about to your heart’s content, but if you break something the responsibility rests with you to fix it. Since it wears so many hats and does so much for you, while allowing you to do so much for yourself, we only thought it fitting to play the mother role.

There you have it, a fun little look at your Gaming Family.