Before I start slaughtering sacred cows, I should give you my background. I started watching Doctor Who two years ago on Netflix because many of my friends recommended it to me. These were friends who put me onto Battlestar Galactica and Star Trek (TNG and Deep Space Nine) which I enjoyed immensely. I also discovered and avidly followed Babylon 5 all on my own. I won’t claim to be the ultimate science fiction nerd, but in general I really like the genre. I should also point out here that I have not seen any episodes of classic Doctor Who, so everything I’m saying here applies to the Russell T. Davies and Stephen Moffat era. 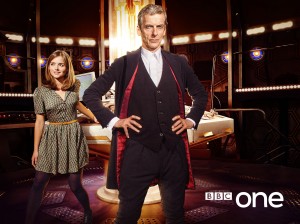 I started with the Christopher Eccleston variant of the Doctor and have followed the series all the way up to the present. During the first season, I was rather indifferent and had a hard time seeing what all the fuss was about, but my friends told me to stick with it because the following seasons would be much better. Along came the David Tennant era and things started to click. This was a series with some really clever writing wrestling with some interesting ideas. The actors were also clearly having a lot of fun and turning in consistently great performances (I’ve been a big fan of Freema Agyeman ever since).

But around the middle of the fourth season, I started to get an uneasy feeling. For a while, I couldn’t quite put my finger on it, but last year I did some thinking and came to a conclusion: if you take this show at face value, then Doctor Who is morally reprehensible.

Think about the standard show format for a second. A monster shows up and demonstrates its nature by killing somebody while they scream helplessly. This person may have been a professional sent to hunt the monster, but they are just as likely to be a totally innocent person trying to go about their business. The Doctor (usually with his companion) arrive on the scene where they are initially confused until they witness the monster killing somebody else. It takes a while for the Doctor to figure out what’s going on. Meanwhile, the companion is put in danger until the Doctor comes up with a clever solution that neutralizes the threat. Crisis averted, the Doctor and companion journey off to new places. 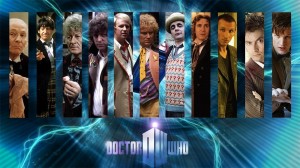 In itself, there’s nothing wrong with this, but the attitude the show takes towards all these events left me increasingly uncomfortable. There is so much death on the show, and it’s all usually forgotten by the next episode. A lot of it is even treated as a fun adventure. To some extent, this is just the way TV works. Who remembers the murder victim on CSI ten episodes ago? But the difference is in the show’s attitude. Up until now, the Doctor has been described and treated by various characters as if he’s the most wonderful being in the universe. He is charming and quirky and intelligent and full of surprises. On some level, most of the companions view him as excellent boyfriend material. The audience is clearly supposed to think of traveling with the Doctor as great fun. Think about how twisted that is. Think of it from the point of view of the innocent people who die in every episode. To them, the Doctor and his companion would seem horrifically callous.

This doesn’t happen in every episode. One of my favorite episodes is “The Fires of Pompeii” which has the Tenth Doctor and Donna Noble arriving on the eve of the eruption of Vesuvius. At the end, after the Doctor has had to make a heart-wrenching decision to allow history to continue and doom Pompeii to be buried under ash, Donna pleads for the life of one family. She knows they cannot change history, but can’t they save the life of just these few people? The Doctor realizes that although he cannot save the city, he is not totally powerless and the little that he can do will mean the world to the ones he saves. He thus finds a measure of hope and realizes what it means to have a companion who can tie him to humanity.

Contrast this with “Smith and Jones” in which the hospital Martha Jones works at as a student doctor gets transported to the moon. Numerous people are killed during the ensuing events including Martha’s supervising doctor. And then at the end, she chooses to walk away from her family in order to travel with the Doctor.

Think for a moment about what would happen if the building you worked in suddenly disappeared for several hours and then when it returned, several people were dead. Would your family really be so blase about it all that they go back to squabbling among themselves? Would you think that this was a great adventure and that you’d like to travel more with the man who makes it possible? Or would you find the whole experience traumatizing?

I know a lot of people are going to protest that I’m taking the show way too seriously, but the truth is I’m only taking it as seriously as Whovians seem to want me to take it. Fans of the show consider this to be TV on another level, worthy of live blogging, dissecting, and arguing about. And the show does often raise profound issues of how to make life or death choices or what kind of responsibility the Doctor has with the immense power he wields. It’s just that on the sidelines, there are countless people being killed in every episode, and they just get forgotten while the Companion and the Doctor gleefully traipse off to the next adventure. The show is a monumental tragedy that’s presented to us as a light-hearted kids’ adventure.

When I presented this argument to some fans, they pointed out that the Doctor is a several centuries old alien who can travel wherever he wants. Of course he’s going to be detached on some level from the death that follows in his wake. But the problem is the show treats him as if he’s the ultimate humanist, a keeper of justice who refuses to kill and always wants to find the way out with as little bloodshed as possible. He supposedly has a special fondness for the human race. The show wanted me to admire him, but I couldn’t get past some fundamental hypocrisy in his nature.

Which brings us to Peter Capaldi and why he makes a great Doctor. According to reports, Capaldi had a lot of input into the way the Doctor would be portrayed, and if that’s true, then it’s all been for the better. There isn’t even the slightest hint of a romance between him and Clara Oswald. He barely even registers that she’s female. He’d just as soon make advances on a dinosaur who has gotten ripped out of time and trapped in Victorian London. Although he can be moved by the nobility of human sacrifice, it’s clear that he has trouble relating to human suffering or emotion. In other words, the Twelfth Doctor is inhuman. In many ways, he is fundamentally unlikeable.

And that’s who the Doctor is. He’s an alien wielding powers we don’t understand and with memories we can’t comprehend. He’s not the ultimate boyfriend nor is he the most righteous being in the universe. We are supposed to look at him and ask what goes on in that ancient mind of his. Who is the Doctor?