A Peek into the Next Generation, Part 3: PlayStation 4

The 2011 holiday season marked 6 full years the Xbox 360 has been on the market in North America, and 5 full years for the PlayStation 3 and Nintendo Wii. By the measure of any other video game console generation, this would be about the time the next-generation consoles should be making their debut, yet so far only the Wii U has even been announced, leaving us gamers with little more than a bevy of rumors, whispers, and dreams. The “why” for this shift in generational timing is an entirely different subject thatÂ will not be discussed here; instead I’d like to review the scant details we already know about the next generation and what we might reasonably be able to expect from those consoles—and what sorts of rumors we can probably ignore. Our final heavyweight is…

SONY: PlayStation 4
What we know: Like Microsoft’s next project, absolutely nothing official. The PlayStation 3–though never the market dominator its predecessor was–is perhaps stronger than ever. A new portable PlayStation, dubbed the “Vita“, is already out in Japan and will soon be making its way onto North American and European shelves. In recent years, Sony has been making a push to expand the PlayStation brand beyond simply the box in your living room and the device in Â your backpack. “PlayStation-certified” devices like the Xperia Play and the Tablet S are examples of this, as is the Android OS’s PlayStation Suite microplatform. Unlike Kinect, PlayStation Move hasn’t exactly taken off, so there’s no given its in Sony’s plans moving forward. We also know Sony declared a “1o-year life cycle” for the PS3 when it launched (we’ll get to that later). 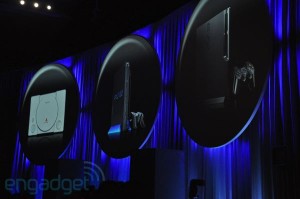 What we’ve heard: Like the next Xbox, the PlayStation 4 is assuredly already being worked on and perhaps even close to being finalized into some kind of preliminary development kit, but no one outside Sony seems to know anything concrete. Whispers vary on Sony’s targeted launch date for the device, but usually fall into either 2013 or 2014, and in any case the company has gone on record saying they don’t want to launch too far behind the Wii U and next Xbox. Other than that though, Sony’s corner–usually rampant with leaks–has been quietest of all, suggesting the PS4 is the furthest away from release.

What we think: First, let’s get this 10-year life cycle thing out of the way. Many internet users are taking that quote to mean that Sony does not intend to launch PS4 until 2016 (PS3 launched November 2006), and if they come to market any sooner they are going back on their word. This sentiment is categorically false and borderline ignorant. Such an argument assumes that there is no overlap between generations of consoles, which severely overlooks every console generation ever, and in particular, Sony’s own track record with hardware. 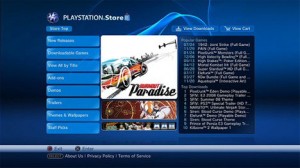 The PS1 was still going strong for years into the PS2’s lifecycle, and the PS2 was doing so well it was actually outselling the PS3 for a significant period of time and was still selling units and games when it hit its 10-year mark in September 2010. A product’s lifecycle has nothing to do with the launch of its successor in this industry; the older system maintains a niche as a budget-friendly machine with a deep software catalog, perfect for families or really anyone who doesn’t have the time and money to keep pace with this expensive hobby. A 2013 or 2014 launch for PS4 would easily allow the PS3 to hit 10 years on the market. That being said, I would NOT expect the PS4 to come in at $600 again–$400 appears to be the market ceiling for a new console these days.

Now as for the actual system…well, we don’t really have much to go on at this point. Sony loves being a cutting-edge technology company, so, despite the heavy early losses the PS3 suffered, expect them to rival Microsoft for the prettiest graphics in the land. Similarly, Sony’s heavy investment in Blu-ray and Cell processor technologies virtually guarantees their inclusion in the PS4, although you can probably expect an expansion of the PlayStation Network and its digital offerings. Speaking of PSN, I also wouldn’t be surprised to see its footprint spread much like Xbox Live’s so that it starts appearing on Sony TVs, computers, and phones. As for the PlayStation Move, its lukewarm reception and utter dearth of dedicated titles puts its position in PlayStation’s future very much in doubt. If Move does return, I expect it to remain only an add-on peripheral, and maybe even without a tech upgrade. Also, I doubt Sony will try tweaking their DualShock controller design again. The best news: we will be only 5 more iterations away from the PS9.

Missed the rest of our next-gen preview? Catch up here:
Part 1: Nintendo’s Wii U
Part 2: Microsoft’s Next Xbox