Nintendo and SEGA Sitting in a Tree?

I will be honest, there may be nothing to see here, but the recent interactions between SEGA and Nintendo (at least in Japan) have been quite intriguing. 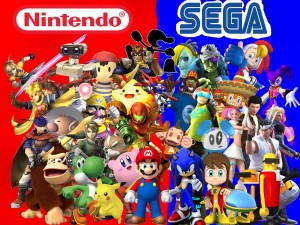 To begin with, let’s look at what I’m talking about. Just this week, during one of their Nintendo Directs, Nintendo and SEGA announced that they have entered into an exclusive worldwide partnership for the next 3 Sonic The Hedgehog games. This includes the next Sonic & Mario Olympic title (a no-brainer for exclusivity), the next major Sonic platformer, Sonic Lost World, and a 3rd title to be determined. In addition to this, and probably a lot more quiet was the announcement of Yazuka HD for the WiiU this summer. As far as we know, this announcement is only for Japan at the moment, but we’ll get back to it in a second.

Those two announcements were from this week though, for the 3rd piece of our puzzle, we need to venture back to even before the launch of the Wii U. Last September, Nintendo announced that they would be publishing Bayonetta 2 for the Wii U. This announcement left the gaming world in a bit of a frenzy for a while, but luckily it has calmed down since then. What does this have to do with SEGA though since it is developed byÂ PlatinumÂ Games? SEGA published the original title, and still holds rights to the IP, but have very little to do with the actual development this time around.

Now we have 3 different announcements that show there have been some major discussion between the two companies, but what could it mean in the grand scheme of things? 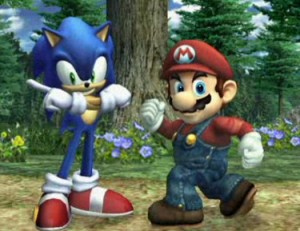 First, the Sonic announcement. It’s really a bit of a no-brainer, and a little baffling from Nintendo’s end. Sonic games do best on Nintendo platforms. Even with a limited userbase, Sonic and All-Stars Transformed was able to outsell the PS3 and 360 versions on the Wii U. Sonic Colors, a game released only on the Wii and DS, was able to outsell Sonic Generations, released on the PS3, 360 and 3DS, and of course the Sonic & Mario games continue to do gangbuster numbers. In the first two months of sales alone, the most recent game was able to clear 2.4 million units on the Wii alone, the original title released in 2007 cleared 7 million on the Wii as well. Over the course of the last generation, the Wii also saw 3 exclusive Sonic games (not counting the sports titles with Mario), with Secret Ring, Black Knight and Sonic Colors. SEGA continuing down this road just made sense. Really for this deal to be impactful, we all need to find out what the 3rd game in the deal is! 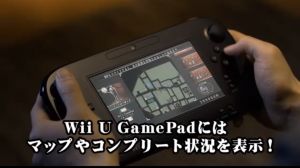 The second announcement, Yakuza HD, is perhaps the most intriguing of the three announcements, and the most vague. As of right now, it could mean nothing. It is simply a port of port of PS2 games. It was already released last year on the PS3, and have yet to leave Japan. It could just be SEGA throwing Nintendo a bone. We’ve seen it before, Nintendo’s home consoles have played home to exactly ONE Metal Gear Solid game, which was co-developed by Nintendo and Resident Evil 4 on the Wii bore no more juicy fruits for the console.

Or it could be Nintendo attempting to take another popular Japanese franchise and nurture it for a successful worldwide release. We’ve seen it before, back on the GameCube days Nintendo helped Namco bring Tales of Symphonia to the West, and it is still the best-selling game in the series this side of the world. This past generation, they helped Square with DragonQuest 9 on the DS and it became the best-selling entry in the series. And of course, they helped Capcom with Monster Hunter Tri in the West for the Wii, and made it the most successful Monster Hunter in the West to date.

Or Nintendo could be trying to Resident Evil the franchise. While I doubt the series will move away from Sony’s platforms where it have been lucrative, I could imagine Nintendo wanting a piece of that pie, and since it is a narrative heavy tale, they wanted to start gamers off with 1/2 and work their way up with re-releases.

Unlike Sonic, this makes a lot more sense for Nintendo becomes it fills a huge void on their consoles. They just don’t get many open-world, character driven or action games. This covers a lot of ground.. and there are 5 games they could help port over to fill holes in their scheduling. Again though, this may simply be SEGA throwing Nintendo a bone. It’s a cheap port. 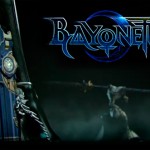 Finally, we return to Nintendo’s announcement of Bayonetta 2. While it seemed to serve as a way to round out their library with a game that they probably got on the cheap last September, now it opens up some interesting questions. Has Nintendo been crawling through SEGA’s enormous chest of franchises and IPs and seeking to help resurrect certain brands. Are there more games like this in the pipe? And how long have Nintendo and SEGA been in talks!

Three announcements with varying levels of intrigue and importance. They may add up to nothing, or may be the beginning of a very interesting dynamic over the course of this generation. There’s really no way to know until more of this puzzle reveals itself, but was fun taking a look at them.