Nintendo Brings Zelda and Miitomo to E3, But is It Enough?

Nintendo has been having a tough time lately, and early reports of the company’s expected showing at this year’s E3 conference aren’t instilling confidence in fans and investors. The company announced a while back that this year’s showing will be bare-bones at best. It will largely focus on the newest Legend of Zelda game that was delayed from its scheduled release in 2016 back to an unspecified time in 2017. Sales of the Wii U have been lackluster at best, and as excited as we might be for the prospect of riding into Hyrule once more, it’s going to take more than one game on a struggling console to turn things around. 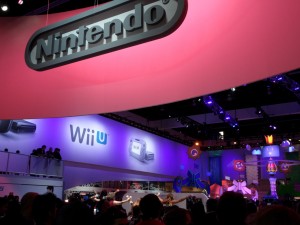 Thankfully, it’s not only going to be Zelda at the conference this year. Nintendo will also debut some live gameplay from the upcoming Pokemon Sun and Pokemon Moon games while providing players with a new Miitomo-Drop game for the opportunity to earn some fun Zelda swag for their digital avatars. However, based on reports about the current state of Miitomo, it begs the question, “If you release an in-app item, and no one downloads it, does it make a sound?”

Miitomo hasn’t been anywhere near the success that Nintendo originally envisioned. While the social networking app quickly amassed a huge number of users, it was unable to retain this audience once the initial novelty wore off. The company has revealed that it hopes to bring some of these users back through a tie-in with the new Legend of Zelda set to be unveiled at E3. However, we’re hesitant to think that a few new skins and a Kokiri cap will be enough to turn things around. The largest issue with Miitomo is that it really isn’t a game. It’s definitely interesting, sure, but there’s not much to keep fans engaged and much less to keep them returning week after week to spend time on the app. Unless Nintendo plans to continue rolling out new items and in-app gifts, there’s nothing to bring the audience back. Interaction is important, but even having the most basic of gaming platforms and extra incentives goes a long way to ensuring customers return. 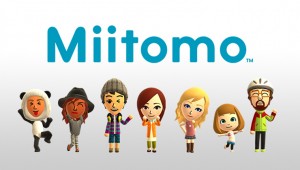 Social gaming platforms have figured this out by incorporating player interaction as another way to create a more dynamic and rewarding experience for players while still providing a classic gameplay experience. Through an assortment of themed rooms and new promotions happening all the time, Gala Bingo provides a central hub for players who can then interact with up to hundreds of other gamers in real time. Not only are players able to connect with other people, but they’re further enticed by deals and bonuses that are running all year round—rather than just a week or two. That’s key when it comes to player retention.

There’s still plenty of time for Nintendo to figure things out. Miitomo is just one of five planned mobile apps scheduled for release by 2017, and we still know very little about what those games are going to entail. At least one of them has to be an actual game, right? The newest console for the company, the Nintendo NX, is also still shrouded in mystery and could be a difference maker. Nintendo has gone through rough times before and has always managed to weather the storm through superior IP and fun, addictive gameplay. We have no doubt that they’ll find a way to get through this as well.