Some Nights Really Are Fun. 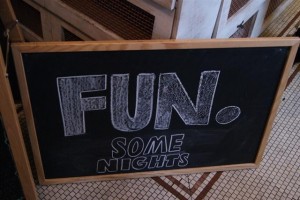 There are few albums that come along and have such an impact on you after one listen, like “Some Nights” by Fun did for me. Generally I might listen to an album and enjoy it, but will need time to let it digest and really allow me to gain a full understanding of what makes it a “special” album. The album really lets you know the experience is going to be a journey that you will not forget from the very first track.

“Some Nights Intro” really gets things going with its full orchestra and lyrics. The song is very much like a intro song one would hear when preparing for a movie. It reminds me of a theme song of some of the great movies. The way that the song flows so well into the following track, “Some Nights” is perfect. Overall, the album does a great job with songs flowing between one and another. There is nothing worse then when an album does not feel full because songs feel choppy between one another. One of the several great moments on the album happens in “Some Nights” when Fun bust out the bongos! They were perfectly placed in the song and executed perfectly because they only last a short while.Â  The albums first single is the next song, “We Are Young” and while it is a typical radio hit and a good song, people who have listened to the whole album will realize that it is actually one of the weaker songs on the album! Really this album is filled with a ton of potential radio hits.Â  One of them being the song “Carry On” which starts off slow and builds up to become a song with a lot of power and some very deep and dark lyrics. That’s one thing about the album is that a lot of the songs sound very up beat and happy but the lyrics are dark. The part I love about “Carry On” is the guitar riff that happens toward the middle of the song, this is where the song gets to a whole new level. When you finally get to “All Alone” and “All Alright” you realize why these songs were placed together on the album. Theses songs really are the perfect compliments for one another. They work so well hand and hand. They really do deliver a knockout with a hip-hop sound and some of the best vocals on the album. Now if you have the regular edition of the album it ends with a seven minute epic called “Stars” its one of those songs that can just feel like a journey! It is a song that is very emotional and one of the songs that has some of the best lyrics on the album. It is something that really has the old school anthem feel to it, which Fun executed perfectly. If you happen to get the album with the bonus track “Out on the Town,” which along with “Stars” and “Some Nights”, is one of the best songs on the album. Fun did a fantastic job with how they organized this record and really wanted to show people that they are something different, but not to different where they might turn off a casual listener. 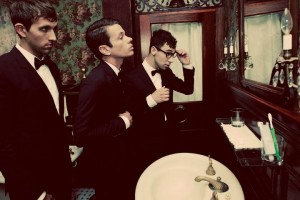 Overall, this album exceeded my expectations. I thought it would be tough for them to top their first album, but I can say I think they did. This album was bigger, louder, and more “Fun” then “Aim & Ignite.” I think with this album the band will finally get more notice, which it has just because of their first single, but to push them to the next level. I will not be surprised at all next year, if they win “Best New Artist” at the Grammys. Check out this album, I think its going to be one of my favorite albums this year, I know bold statement for it only being March, but its that good!

Out on the Town