We’re nearing the end of the competition. Round 4 features only 2 match-ups before our finals this weekend, but they are some big one!

To hear how all of this came together, don’t forget to check out Nerds on the Rocks 124.

It is only fitting that two of comic’s biggest icons come head-to-head during this Madness. Spider-man and Batman have both traveled interesting roads to get to this point. Hell, Spider-man has already bested a Batman, in that case Dick Grayson, to make it this far. Batman has taken on Wakko, MegaMan and Samus Aran to make it through the first 3 rounds, who will make it to the finals? 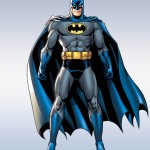 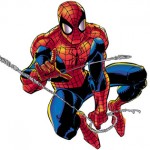 This is an interesting match-up, which truth be told, I didn’t expect both characters to make it this far. Brock Samson had a fairly easy first round with Captain N, but struggled a bit with Tommy (The Green Ranger) in round 2, in round 3 he was able to defeat the ultimate underdog Buzz Lightyear. Deadpool on the other hand has had quite a few upsets. Defeating Wonder Woman in Round one, then Sherlock Holmes in the 2nd round and finally banishing super-spy Sterling Archer. Both men have a very interesting battle ahead of them. 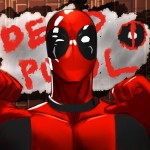