After some tough and grueling competition in Round 1 of Nerd Madness, our competitors are ready to move on to Round 2. Much like Round 1, each voting block will last 2 days, but will only consist of two match-ups.

If you want a refresher on how we got our pool of combatants, remember to listen toÂ Nerds on the Rocks 124.

Tommy Oliver was featured in one of the bigger upsets of round 1. While Power Rangers was a popular show for many who frequent this site, it also happened 20 years ago. Compared to Game of Thrones, which is an extremely popular show in this day and age. Tommy was able to squeeze out a victory and move on to Round 2. Where he will take on Brock Samson, who took on a game-d Captain N, but you can only go so far. 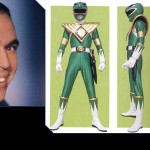 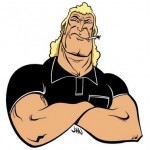 Perhaps our most.. niche match-up in round 1 saw Squirrel Girl take on Beemo from Adventure Time. Squirrel Girl, being the premier babysitter in the Marvel Universe, was able to muster up enough votes to advance to round 2. Here she takes on the world’s foremost superspy, Sterling Archer who defeated fan-favorite Yoshi to get to this point. 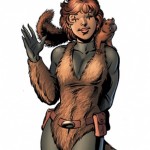 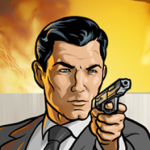