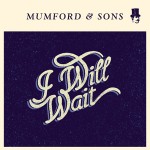 Mumford and Sons have released their first single which will be on their sophomore album titled “Babel”, the single is called “I Will Wait.” The British band will release their follow up to “Sigh No More” on September 24th. The band gained a large following due to their critically acclaimed first album.

“I Will Wait” has the signature Mumford instrumental sound that fans have grown to love from the first album. The song starts off sounding a bit more “country” then other Mumford songs. The song picks up at the half way point and hits on very high marks giving fans the rock/blues/folk sound that makes Mumford unique. Lyrically the song is quite emotional, and can be interpreted many different way. I will let my readers decide what they feel the song means to them.

Overall, it is nice to see that Mumford and Sons are back and producing music at the same level fans have grown to expect. If “Babel” has more songs like this, then Mumford can expect the awards to continue rolling in.

Listen to the first single off “Babel” now!