We’ve been holding onto this one for a while, but it was just too juicy not to share. Apparently sometime in the last few years, Hanna-Barbera and DIC Productions/Cookie Jar/DHX Media were looking at a most intriguing cross-over series. Resurrecting, DIC’s somewhat niche 90s cartoon, Street Shark, with a new member, from an even more obscure 70s cartoon, Jabberjaw. We are led to believe that this is a way to re-ignite interest in both franchises especially after the surprise hit in last year’s Sharknado from SyFy! 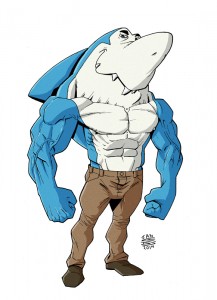 We hope to bring you more as this rumor develops.