We’re at that time of year again where we say goodbye to the year that left us, and welcome in a brand new year. As always, we will host a Dual Wielding Game of the Year show at the start of 2013. Until then though, each host will be presenting their Game of the Year list so you have an idea of what to expect when our show drops.

First up on our list is Dual Wielding’s resident German, and fairly certain the only one of us who has actually played almost all of the big GoTY contenders. Below you will find his Top 7 with a short sentence as to why it was included.

7. ZombiU– Combine survival horror with a little bit of Demon’s Souls and you have a winner in my book. How they integrate the gamepad into gameplay also made this one stand out.

6. Hotline Miami– The pumping soundtrack made sure that I could not stop playing this interesting action puzzle game.

5. Dishonored– Hey another stealth game! It doesn’t have the nice helping systems that Mark of the Ninja has but it still was a ton of fun to play. The great level design with all it’s possibilities is an achievement.

4. Mark of the Ninja– Stealth game perfection. Klei combined their sense of style with a very cleverly designed gameplay. 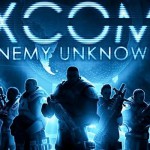 3. The Walking Dead– The best story in gaming I experienced this year. The end almost made me cry.

2. The Witcher 2: Assassins of Kings– I missed out on the PC version and I really fell in love with it when I played it on 360. Good story with great characters, a combat system that is fun and gorgeous to boot!

1. XCOM: Enemy Unknown– Amazing revival of a classic with just the right amount of modernization. It is still surprising how well it also works on consoles.

There you have it. Stay tuned as various hosts drop their list and we have other Top 7 lists for 2012!