Man of Steel Sequel Adds Superfriends: Do They Tug on Superman’s Cape?

Cyborg has joined the Man of Steel sequel. I won’t go into my personal thoughts on the character, but it is an interesting development. As with a lot of casting surrounding this yet-to-be-named sequel starring Superman and Batman, there has been a lot of pushback from fans. Unlike the casting of Jesse Einsenberg as Lex Luthor and Gal Gadot as Wonder Woman, this one is less centered on the actor chosen for the role and more on the fact that this film is adding a ton of new characters. Or is it?

If you’ve watched Man of Steel, there’s no doubt in anyone’s mind that is Superman’s movie (even at the expense of poor Clark Kent), but he isn’t the only character on display in the original film. So I wanted to examine the characters who most likely won’t be making a return appearance in this sequel and how their screen time can be given to similar roles with these new additions.

First, let’s start with the opening sequence. I have a sneaking suspicion we won’t be spending a ton of time on Krypton in this sequel (that isn’t to say it won’t make an appearance in a flashback or anything) so that’s already 15-20 minutes in favor of this new film.

With that out of the way, let’s look at some individual characters. After the end of Man of Steel, I don’t think we’re going out on a limb by saying that General Zod won’t be back in this film. I would imagine most of his screentime would go to developing the new villain in this film, and from what we know that will be Lex Luthor. I don’t imagine he’ll be acting on his own, but his pupils may not warrant a ton of screen time and would be developed along with Luthor himself. 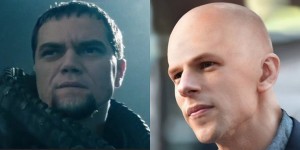 The other Kryptonian of note would have been Superman’s father, Jor-El, we aren’t as certain on his imminent return in the sequel, but still believe there is an extremely slim chance. The bulk of his screen time would be given to the development and action of Batman in this film. I would also imagine the 15-20 minutes sequence at the start of Man of Steel would be included in this.

Then we have Zod’s general, most notably Faora, I’m not even sure the others were named, and would imagine Wonder Woman’s screen time would be fairly similar to Faora’s. Not a huge part of the movie, but a tiny personal subplot that does get resolved in some manner while still connecting to the main plot and beats of the film.

As for Cyborg’s addition, based on the announcement, I imagine he would be replacing the late Dr. Emil Hamilton from Man of Steel who met his end during the climax of the film. It wasn’t a huge role, but popped up throughout the course of the movie to explain some techno-babble and ultimately factored into the climax. Unlike Dr. Hamilton, I see Vic Stone surviving but his ordeal does help him into Cyborg. 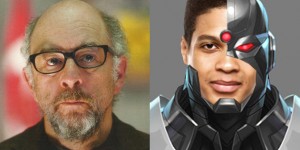 I also believe before this is done, we’ll hear news of more DC characters joining the movie as well. I’m going to work under the assumption that they are casting as needed for shooting so a lot of these will be minor roles in the film. Most likely extended cameos.

As it stands right now, and people can and will disagree with me, this film won’t feel too bloated but more of a larger-in-scope Man of Steel sequel. With popular DC heroes and villains eating up screen time that opened up due to death.

We’ll have more on this Man of Steel sequel/Superman vs Batman (isn’t it sad how many people put Batman first in Superman’s sequel)/Justice League film!