“Look up in the sky! It’s a bird! It’s a plane! It’s Another Superman movie!”

Superman has a long legacy on the big-screen. In 1978, Christopher Reeves and Richard Donner made the world “Believe a man could fly.” Since then, we have had no less than 4 other Superman films. While collectively they are quite a mixed bag, it is hard to discount the shadow set upon the franchise with those films. 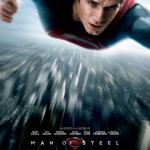 Let’s be up front, Man of Steel is not those films. It doesn’t inspire to be those films. It attempts, like as often happens in comics, to etch its own stamp on a storied franchise. And for the most part, it succeeds with flying colors.

At the core, Man of Steel attempts to examine why Clark Kent decides to become Superman. While he is born with his powers, he chooses to take up the guise of Superman, and not just as an alternate identity to protect those he loves.

Yes, this film is another Superman origin tale. We’ve seen it in the Donner film, we’ve seen it briefly done in the Singer film, on Lois and Clark, Smallville was 10-year origin tale, on Superman the The Animated Series and countless times in comics. It’s an old story, that doesn’t mean it is an uninteresting story. Especially when you are able to add your own little wrinkles to the tale that makes it a lot more captivating.

For example, the tale on Krypton focuses more on the reactions of Jor-El and General Zod to Krypton’s imminent demise. It works in both establishing Zod (Michael Shannon) as a different bred of villain from Terrence Stamp (Superman II), but also helps to establish why Kal-El/Superman was so important to save from Krypton’s doom. From there, the movie doesn’t tell a linear origin tale, taking a cue from Christopher Nolan’s Batman Begins, the film intercuts past events at key junctures of the story. This helps keep up the pace while fleshing out the character’s primary struggles. 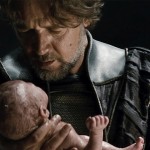 And struggle is the name of the game for our hero, Superman/Clark Kent/Kal-El, a man of many identities and tested loyalties. The focal point of his struggle is his own inability to understand his place in the world. Something that both his natural and adaptive parents try to allow him to decide. On Krypton, Kal-El was the first natural birth in centuries, which meant he wasn’t designed to be a fighter or a scientist or a ruler, but whatever he chose for himself. On Earth, his parents did as much as they could to shield him from the world while allowing him to come to terms with what he is and who he should be on his own.

The personal highlights for me from this film were the character moments between Clark and his parents. There are a ton of great flashbacks including one early on in the film when Martha Kent tries to talk her son out of a closet as his powers are developing and scaring him in some fashion. These scenes are sprinkled throughout the film well for the most part. There is one later on in the movie that I find a bit redundant since it tackles a theme of an early flashback, but aside from that I found them to be the best part of the film overall. 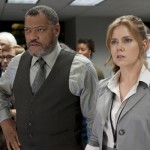 That isn’t to say the rest of the film doesn’t live up to those scenes. For one, I think most of the casting is spot-on. Henry Cavill shines in the lead role of Clark Kent. He has an air about him that makes you want to trust him. Amy Adams’ Lois Lane, I felt was perhaps the best version of her on the big screen to date, she’s smart, resourceful, feisty, eager to get the truth out and always puts herself in the line of danger to get her story. Laurence Fisburne is only given a few scenes as Perry White, but he makes every single one of them count. I thought it was interesting that they included Steve Lombard, who is such a minor player at the Daily Planet, but I guess wanted some familiar characters there.

Those make up the bulk of our key Earth players though, on the flipside we have General Zod and his followers. Michael Shannon’s Zod is an interesting villain. His ambition and goals are respectable, but the effects of them aren’t. This really comes off in later scenes with Superman and Jor-El, you can see the conflict in him but at the same time he must achieve his mission at all costs. I will point out that sometimes his acting comes off a bit more hammy than one would hope in a somewhat sympathetic villain. By his side, are a few nameless other Kryptonians aside from Faora-Ui, a female lieutenant who isn’t nearly as conflicted as her leader. She seems to lack any sense of remorse or even civic duty. She enjoys beating the crap out of those who oppose her. She has fun chemistry with those she interacts with even if she doesn’t speak that much.

Then there are the other main players. Both Pa Kent and Jor-El are given such terrific content to work with and for the most part knock it out of the park every time. But what I found most surprising about this film was just how much time and heart was given to Clark’s maternal figures. Diane Lane does such a stellar job as Martha Kent that she may end up the unsung actress of this film, and while she doesn’t get nearly the same amount of screen-time as Jor-El, Lara Von does a terrific job in the opening sequence of the film.

Speaking of the opening sequence, after more than 30 years and 5 Superman films, fans are finally treated to the action they always wanted. This is the biggest, loudest and most brutal Superman film to date, no contest. The opening sequence is perhaps the most action that Krypton has ever seen, and while visually appealing and unique (flying creatures are always awesome), in the grand scheme of things only used to kick off the movie. 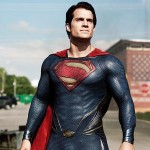 The rest of the film isn’t sprinkled with action, more like doused in big fights throughout the second half. I think the best fight in the film is the center one in Kansas because it seems to have the best combination of heart, danger, and easy to follow. The climax is enjoyable, but can be a bit loud and I feel like a lot of the emotional beats are lost in the frantic pacing and action of the scene. I never felt a real sense of danger for the characters. Not in the same way as the fight I mentioned before.

If I had to mention another negative of the climax, would be a problem that plagued Batman Begins as well. We have guys in a distance watching the action explaining the stakes to the audience. They add nothing else to the movie other than exposition. And it’s mostly jargon that would go over most people’s head.

The film ends on a high-note, which promises a great follow-up with the sequel without dangling any carrots in your face. I, for one, can not wait to see what the team has in store for Man of Steel 2!

Review 7 (out of 7): Not a flawless film by any means, but nothing stood out in the film as glaringly terrible. I left the theater with a smile on my face which still remains while talking about it. Check out the Man of Steel, and you will believe a man can fly again.