I’m a huge Disney fan, I know of very few people who aren’t, but with the announcement of Disney Infinity, a sandbox game that looks to bring together the best of Disney and Pixar, we thought it was only time to check it out on Mai Tunes. We’ve already kind of beaten the Disney Afternoon into the ground.. and none of the shows is represented in the game yet.

Instead, we wanted to focus on the big 3 franchises they showed today. Except that neither Monsters, Inc nor Pirates of the Caribbean have had TV shows in any fashion. That left us with one brand, and luckily enough for us, Toy Story did spin-off one television series! 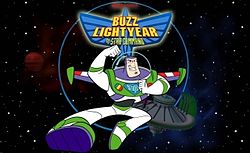 This show was Buzz Lightyear of Star Command, which starred Buzz Lightyear (as the named implied), but was based more on the cartoon in which the toy in the trilogy is based on. So there’s very little appearance from other characters in the series, but you do get a whole new cast of characters.

Check out the intro/theme song below