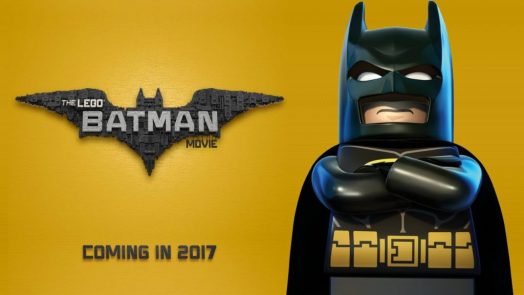 *Spoiler Alert: If you haven’t watched The Lego Batman Movie, you may not want to read past the first paragraph.*

Deep down, the 78 years and counting story of Batman is about a lonely man repressing his emotions through punching various colored figures when he is really looking for someone to care about him. The Lego Batman Movie gets this. He just misses his mommy and daddy, who were gunned down in front of him as a young child. Thankfully, the new movie featuring Batman doesn’t replay this scene for umpteenth time in film, TV, and animation. It treats the dark, yet colorful world of the Caped Crusader and his seven decades of being a pop culture icon like a kid at Christmas with loads of toys to play with and hours of free time to play with them. And this is what makes Lego Batman the first great film of 2017 even though classic villains like Catwoman and Two-Face (Billy Dee Williams reprises the role from the 1989 Batman film.)  are put on the backburner and don’t get any memorable jokes or scenes.

Lego Batman does a better job of dealing with Batman’s underlying psychological issues than many of the live action films while making Alfred, Robin, and Batgirl well-rounded supporting cast members with small arcs of their own instead of just being plot devices voiced by celebrities. It is also packed to the gills with jokes ranging from clever ones referencing Batman’s previous film, animation, and comics appearances to broader, yet still funny gags like Batman singing his own rap metal theme song. (Try to top that, Fred Durst!) Between this and his work in Bojack Horseman, Will Arnett really has the tortured, kind of douchey animated comedy protagonist down. Director Chris McKay shows Batman’s loneliness in a slightly too long shot of Batman standing at the microwave waiting for his lobster thermidor and uses a similar composition of him staring longingly at a picture of him and his parents just before they died.  Batman hides behind vehicles, gadgets, and an inflated sense of self so he doesn’t have to deal with the fact that since the death of his parents, he has no one to confide in. 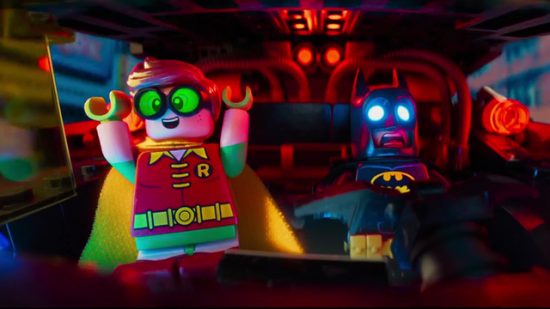 As well as poking fun and paying homage to decades of Batman, DC Comics lore (There are some great nods to Superman: The Movie, Superfriends, and more subtly, Justice League Unlimited.), and dark superhero fiction, Lego Batman is at its core, a movie about a man slowly opening up and finding comfort in the people around him. The joke per minute rate is 30 Rock-esque, and Batman goes on an emotional journey along the way going from using Robin as a one boy Suicide Squad to complimenting him and mentoring the Boy Wonder to triumphantly kick bad guy butt from a variety of fictional universes.

However, in the real world, the supervillains have won, and the White House is full of them. Racism, homophobia, sexism, xenophobia, and flat out lying and woeful incompetence are key characteristics of Donald Trump’s cabinet and advisors. Seeing these men and women, and it’s nice to go to a movie where in two hours, half of the villains take on sympathetic qualities by teaming up with Batman against a greater evil, and the greater evil gets put in an outer space timeout by the end of the movie thanks to the power of family and teamwork. There is the fact that the Phantom Zone is a human rights violation, but that could be an article in and of itself. Also, what kind of rights carnivorous dinosaurs, giant apes, flying monkeys, and kaijus should have? 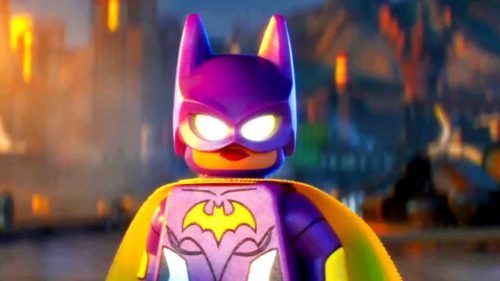 There is something cathartic about watching good triumph over evil in an entertaining manner with Chris McKay in the writers taking to the Warner Brothers film catalogue like overeager kids in Toys R Us setting up scenes of Batman punching Daleks, Alfred manning the gun turret on the Batwing and making too many British puns, or using Godzilla’s atomic breath to defeat the Eye of Sauron among many others in the frenetic final sequence. It is my wildest dreams and crossover fan fiction musings brought to life. Lego Batman has a sense of joy as Batman comes to the realization that having a family to join him at movie nights, take selfies with, and of course, fight crime is pretty awesome. Batman is still self-absorbed in brooding, but Robin, Alfred, and Batgirl lighten him up and give him a broader perspective on the world around him just like some of the best Batman comics. (A recent example is Bruce Wayne swallowing his pride and eating at a Batman themed restaurant with all of his former/current Robins in Batman #16.)

From Rosario Dawson’s Latina Batgirl easily being the most competent character in Lego Batman to Michael Cera’s unparalleled enthusiasm and adorableness as Robin and Batman exhibiting probably his most character growth ever, The Lego Batman Movie is a shining beacon of unity, humor, fun, and clever animation in a dark world that often seems like Gotham City. It’s a return to the joyful moments of playing with superheroes and Legos in childhood, but with more emotional nuance and a side dish of genre savviness.

And, on a personal note, The Lego Batman Movie reminded me that even when I feel lonely in my apartment (It’s like the Batcave with way less cool technology and no butler.) or at work that I have a Batman Inc-esque network of friends and family who care about and support me.