This week I review two great #1’s from Image comics: Chrononauts by Mark Millar and Sean Murphy and Red One by Xavier Dorison and Terry Dodson! 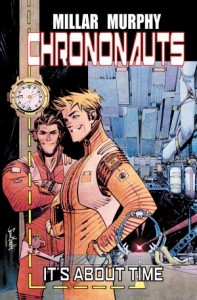 This issue is not to be missed; I mean it’s even been picked up for a movie deal already. It’s a blast from start to finish and I really didn’t want it to end. Here we see the story of Danny Reilly and Corbin Quinn, two doctors who work for the Chrono Division. I am disappointed this is only a 4 issue miniseries! I love that the first test is broadcast on national television and that they decided to go back to the Civil War. The chronosuits are really creative and it looks great when they portal. And of course it’s televised when things go haywire during the first manned mission. The concepts are awesome, the characters are great and I definitely want to know more about them. Interested to see where this series goes. I will not miss issue #2!

Sean Murphy’s artwork does a great job of bringing the story to life. His art has this grittiness to it that gives certain tone to the story. Personally I loved the DeLorean cameo as a temporal travel prototype, it was a nice touch. The colors are very well done and do not take away from the art and story, but add more depth to it. 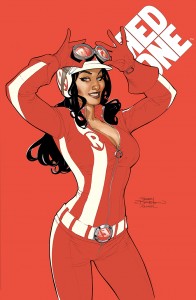 The gist of this series is that it takes place in 1977 and tells the story of Russian Spy comes to America to be a superhero. It seems like a really fun concept and I thoroughly enjoyed this issue. This debut issue does a great job of introducing the characters and giving us a good amount of background on them. A lot seems to happen in the issue but the pacing is done very well. I will definitely be back for issue #2.

The artwork is simply wonderful. We get 32 pages of beautiful artwork for only 2.99, the price point alone made me want to try it and the beautiful artwork by Terry and Rachel Dodson really sealed the deal. It’s nice to see the Dodson’s doing a little more work than just covers and interiors for Marvel, because they make a great team and I really enjoy their artwork.