Joker: The Movie That Laughs

As you may have heard, Warner Bros and DC Entertainment has announced plans to go ahead with their Elseworlds Joker movie. A movie telling the origins of the Clown Prince of Crime that would a separate entity from it’s DCEU that stars Joaquin Phoenix and will be directed by Todd Phillips. 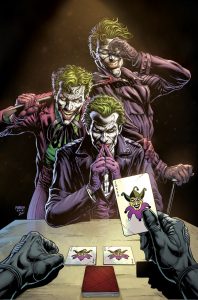 If you were like me, and let’s be honest, most of the internet, this announcement left you baffled, confused and in some cases angry. It’s one thing to make standalone films, it’s another to have your first film feature a character that has already had multiple iterations and even has a current actor portraying him in your core movie-verse.

The announcement induces anger in people because one of the Joker’s few defining characteristics is he is a character without a past, his origin is…fluid to say the least.

You combine all of that… and you may begin to question my sanity when I tell you the project intrigues me more than it scares me.

First, the budget for the movie is reportedly modest at around 50 million dollars. “But Earl you aren’t funding the movie!” which is a true statement, I don’t think I’ll ever see 50 million in my life, but it’s more what it means for the genre. Sure we have Deadpool, but there are very few comic book movies made for under 100 million these days. If this comes out and does modestly well, it could be opening the door to lower budget comic movies, which in turn will allows companies to pursue other genres, smaller characters and take bigger risks.

Secondly, while it still is confusing to make this movie while you are trying to re-establish your movie-verse, in the long-term I think it’s great to start expanding beyond simply building a bigger and vaster universe with each movie. There’s some value in movie(s) that are self-contained. It’s one of the reasons why the Nolan Batman franchise is still held in high regards more than a decade on. People still discuss Raimi’s Spider-man, Burton’s Batman and Reeves’ Superman.

Third, and this one takes a but of a stretch. But even though it’s confusing to have multiple versions of The Joker on the big-screen at the same time, it’s a character who over the past 30 years has nothing shy of 3 iconic performances and several more held in high regards. If you want to know, Jack Nicholson’s Joker from Batman 89, Mark Hamill’s Joker from Batman TAS and several others and Heath’s Ledger’s Joker from The Dark Knight. It’s a character that fans have shown they will take a shine to if done well on the big- or small- screen. And Joaquin Phoenix certainly have the chops for it. 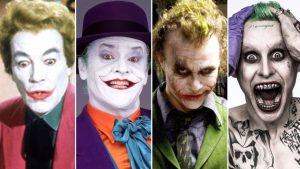 On that note, the cast they are putting together so far sounds utterly amazing on paper, Joaquin Phoenix, Robert De Niro, Zazie Beetz and Frances Conroy are just some of the names being rumored to be attached to this project.

Finally, and this was the note that triggered the article in my head, The Joker has no defined origins… but he kind of does. If you ask most people from the general audience, they will most likely inform you that The Joker killed Batman’s parents and is a 2-bit criminal because the origins of The Joker from Batman ’89 has been the origin/tale most people of our generation has grown up with.

If you were to ask comic fans, they’d say he has no defined origins… but somehow bring up “The Killing Joke” as their inspiration for this movie. Because again to many that is the definitive Joker story/origin. So he doesn’t have “an origin” but he has some that are acceptable by portions of the population.

We’re also seeing fans embrace the character arc of Jerome who is serving as a proto-Joker on Gotham. What is one more origin tale going to hurt?

You would think that after writing this article, I’d be all gung-ho about this Joker movie, but that isn’t the case. I’m more intrigued by the overall notion of a lower budget, standalone comic book movie with an established IP and its prospect at the box-office than what the finished project ultimately turns out to be. But I also don’t necessarily have a ton to worry about. Hey, if it sucks… it doesn’t count!