2012 will in all likelihood be the last holiday season dominated by the current generation of console platforms and was another very strong year of gaming (uninspired box art trends aside). The survival of the Mayan Apocalypse means I now get to share with you some of my favorite games from the past year, especially since I missed out on vocalizing my feelings on our Game of the Year podcast. As always though, this list comes with the disclaimer that certain titles couldn’t be considered because I didn’t get enough time with them (or any, in many cases). A busier than usual year, a tighter personal budget, and an emphasis on actively attacking my backlog unfortunately meant that the following titles were NOT up for consideration for this list, though the opinions of my respected colleagues lead me to believe they may have each had a good shot: Far Cry 3, Borderlands 2, Mark of the Ninja, X-Com: Enemy Unknown, Darksiders II, PlanetSide 2, Diablo 3, The Last Story,Â and anything on 3DS. With that significant caveat, let me finally get to my actual list: 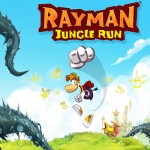 The mobile space is one much-maligned by many “core” gamers, and not without reason. In the past, the most successful and most interesting games were, while fun, more amusing than exhilarating, more addictive than enthralling. But as some of the most creative people on the planet continue to grasp the potentials of a fully touch-based system of interaction without being tethered by tenured designs of platforms that are fundamentally dissimilar, we get better, more complex, and more dynamic kinds of games–the kinds of games we expect when we play platforms like consoles, PCs, and dedicated gaming handhelds. Rayman: Jungle Run just “gets it”: it gets that the fundamental mechanics of a platformer need to be re-conceptualized and re-defined for a touch medium in an intuitive way. It gets the value of being inviting to players of any experience level, while also embracing the excitement of reacting dynamically to challenging level design, AI, momentum, and new abilities in a way that is so common to gaming’s history and yet so rare on touch-based devices. Rayman: Jungle Run is a great platformer by any standard, but it is currently the defining platformer of the touchscreens that permeate our lives so thoroughly.

There was a ton of hype leading up to the first numbered Assassin’s Creed title in three years. And there was plenty of disappointment imbued from the ambitious game that shortchanged historical importance, muddled most character subplots, suffered from a litany of bugs and mechanical quirks, and crash-landed with an unfulfilling, convoluted ending. Yet despite its struggles, Assassin’s Creed III nevertheless radiated refreshing ambition, soaring where it did succeed. The painstaking recreation of Native American language and culture, the living, breathing colonial civilization rife with conflicting political ideologies, an intricately choreographed and expansive wilderness–these are areas in which the game inspired genuine awe and enthusiasm. Its brash protagonist may have been polarizing, but I for one enjoyed the coarse attitude in a world in upheaval–even if the incredible potential is never quite lived up too. But then, it could have topped this list if it had.

Trials HD was an excellent physics-heavy motorbike obstacle course game a few years ago, but Evolution explodes the core concept to recapture the addictive conquerism of the original and unleash it in ways both familiar and astonishing. The track design is phenomenal and steps up the graphical punch with levels that move seamlessly through exhilirating 3D environments. The notorious difficulty curve keeps just ahead of you as you plow through the escalating single player set lists before reaching the controller-endangering Inferno tier. Creative skill games put hilarious twists on the basic mechanics, or simply expand on the robust physics engine. An ingenious integration of leaderboards keeps social competition intense and at the forefront of gameplay, while a decently distracting multiplayer mode and an insanely multifarious track editor and publishing platform round out some of the most fun you’ll have with a game from 2012. 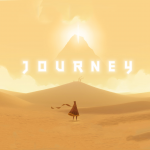 Many adjectives have been used to describe Journey, a game without a true peer or even genre, much like thatgamecompany’s abstract predecessors flOw and Flower. Emotional, beautiful, powerful, awe-inspiring, melodic, captivating, devastating, magnificent, daring, epic, soothing, gut-wrenching–all these words describe the truly unique journey the player goes on (I can’t go without mentioning Austin Wintory’s incredible, Grammy-nominated score). Journey’s not long, not flashy, nor even talky or self-absored. It is instead a game that tugs on your most natural impulses and invites you to discover feelings you never thought you’d associate with a game, especially one so inconspicuous. Much praise has already been heaved on the game, and it may sound like hyperbole to the uninitiated, but I invite anyone to take a Journey and not feel like you just experienced something special–to whatever varying degree that might be. 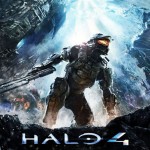 The first original Halo game not built by Bungie…quite a bit of pressure for a studio working on its first game together, even amongst a loaded staff of handpicked industry veterans. I expected a competent revival of the main protagonist, but I did not expect 343 to arguably outclass all of Bungie’s efforts. First and foremost is Halo 4‘s technical and artistic brilliance, simultaneously squeezing more out of the Xbox 360 than I could have imagined was left to squeeze, while enlivening a lush world with beautifully informed and well-realized artistic direction, tied together by a mesmerizing score and a continuation of the narrative emphasis that has been ratcheting upward since ODST and Reach. The campaign does fall into a few design ruts and story ruefully falls apart the end (failing to even lay the groundwork for what has been promoted as an all-new trilogy) but the sheer artistic brilliance and the meticulous recreation of the tried-and-true sandbox gunplay make Halo 4 a worthy successor and validate 343 as worthy franchise stewards. Throw in a robust multiplayer suite that excels at walking the very fine line between Halo’s past and Call of Duty’s innovations while continually evolving on a weekly basis (still!), and you have to conclude that Microsoft’s enormous budget for the game was well spent. 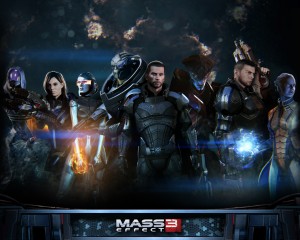 There have been plenty of fan complaints about the final act of Commander Shepard’s epic sci-fi trilogy: Adding multiplayer? Day 1 DLC? A muddled, unsatisfactory, undifferentiated ending? Well, count me among those that think all that noise was overblown. While I am admittedly a very vocal admirer of the Mass Effect universe as a whole, I cannot accept the argument that Mass Effect 3 wasn’t one of the best games this year. Did I have some issues with the ending? Absolutely, especially in the writing department where I felt it sold the series short of its typically outstanding penmanship. However, stumbling at the finish line does not itself invalidate the nearly 30 hours that preceded it, which for the most part was among the best gaming experiences I’ve ever had (I still get chills during the Reaper invasion prologue in futuristic Vancouver). The narrative reached many new heights and the quality of the presentation continued its rising trajectory. Combat was fine-tuned, the ability trees were balanced, and hey, getting to see the Asari and Turian (and human!) homeworlds, as well as finally resolve the Quarian/Geth conflict, were among the highlights of an incredible journey. And let’s not forget the unprecedented way that BioWare wove together a cohesive, player-driven 3-game experience that went with you from one game to the next (even if the Rachni weren’t given their due). I came in expecting Mass Effect 3 to be the greatest game of all time, and there’s no shame in falling a little short of that, especially while it was attempting to pioneer aspects of interactive fiction that have never before been done. 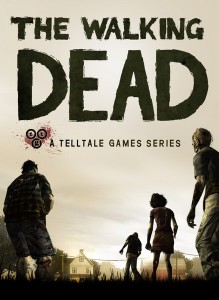 So licensed games are terrible, right? Well, as Rocksteady and several others have proven time and again, licensed games can be truly incredible when giving the right care, attention to detail, time, and a focus on crafting an original interactive experience rather than replicating a passive one. This time it’s Telltale, masters of both the modern point-and-click adventure genre as well as the episodic distribution model. The company has had solid but low-production-value hits in Sam & Max, Back to the Future, and Jurassic Park (okay maybe that last one wasn’t a ‘hit’, but I mostly liked it), so expectations remained tepid at best for its zombie game based in Robert Kirkman’s comics’ canon. Instead of ho-hum, we got arguably the best-written game of all time: a carefully crafted, emotional, mature and sophisticated entertainment experience that goes into a thematic depth largely unseen in this beloved medium. The Walking Dead does Mass Effect’s conversation system better than Mass Effect, takes full advantage of its apocalyptic setting and the moral ambiguity within, populates the game with iconic-but-inevitably-in-conflict characters and gut-wrenching decisions, masters the episodic model economically and creatively, and wraps it all in a wonderful cell-shaded graphic style that serves to mimic a comic book aesthetic while masking the technical limitations of Telltale’s engine. Cynics will say it’s not “game” enough, but I say that’s hogwash–this is the best game of 2012, and one we’ll be talking about for a long time.