The GameCube may not have been Nintendo’s most successful consoles, but it may have been their most experimental in terms of their core franchises. Metroid turned into a First Person Adventure game (their term), The Legend of Zelda took on a Saturday morning look and Super Mario decided to take a vacation on Delfino Isle.

Nintendo also introduced quirky side characters to their big games like Professor E.Gadd in Luigi’s Mansion and FLUDD from Super Mario Sunshine. FLUDD encouraged a different set of skills and tasks for Mario in Super Mario Sunshine and while reactions to the game are mixed, it was a clever addition.

Sadly, Nintendo has kind of done away with FLUDD in the Galaxy era, and while I wouldn’t lament not getting a Sunshine sequel since the Galaxy games are of much higher quality, I do think the idea of FLUDD has a lot of merit outside of Sunshine. 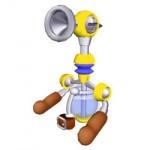 Plus the scope and size of 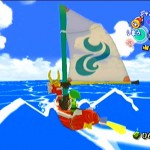 And a new original character from Nintendo, and you have the makings of a very interesting new IP.