007 Legends was announced a few short weeks ago, and on paper the game sounds like one of the most intriguing Bond projects to date. The idea of combing 6 different Bond movies, including the upcoming Skyfall, into one seamless adventure is both fascinating and frightening.

The company is set to announce the first of the movies tomorrow at some point, but we wanted to take a look at the Bond movie canon, and see which movies have a chance, and why. 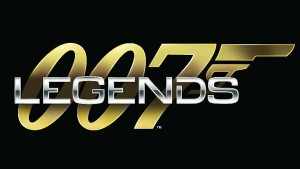 So just a minor recap, the films I think have the strongest chance of being part of this collection are From Russia with Love, You Only Live Twice, Moonraker, Goldeneye and Skyfall. Based on that, there is still a single film missing, and if I had to put money on it, would go with Goldfinger since it does set up the standards for the films. And offers some interesting set-pieces. That and it fits in with Goldeneye, and they’ve used Goldfinger as a major threat in a team-up game before.

Whatever the chances are, we’ll find out our first game tomorrow, and see how wrong we actually are!