Hot-Cakes for when you want your hot-takes first thing in the morning and delicious.

By now, I’m sure everyone has heard the news that Colin Trevorrow has stepped down as the director of Star Wars: Episode IX. As with any news related to a mega-franchise like Star Wars, this was met with let’s say intense reactions from all sides of the spectrum, and we wanted to join the fun. But we don’t think this is a good decision or a bad decision, but one that shows the trajectory of the franchise. 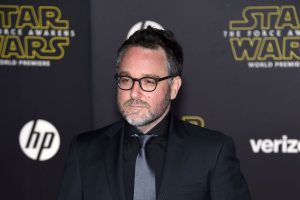 First, we now know that Disney has a vision for this universe. A very clear and defined vision in their heads on what Star Wars is and should be. If you don’t believe that just look at recent history we had a major reworking of Rogue One, Lord and Miller being removed from the Han Solo pic during production and now this. For some, all of these combines to a troubling trend. But it worked out in the favor of Rogue One and will probably be the same with the Solo flick. It all goes to show that Kennedy has a clear directive that she wants to see executed. It took them a few stumbles to realize this, but going forward I hope they can better sell directors on THEIR vision.

On that note, I see Disney digging into their own bag of tricks and starting to follow the MCU-model of film-making. While folks are suggesting some big names take over Star Wars, it may be best to look either to Disney’s past or on the small screen. Other directors have access to similar information that we do at this point, what is to make them believe that their vision won’t be taken from them either during shooting or in-post as? Instead, I see a renewed focus on directors coming from major television projects or smaller films. The type of folks who know how to work with confinement. Either that or talent that has previously worked on Star Wars, JJ Abrams has expressed interest in doing another one and Rian Johnson seems to have had no problems working with Disney on Episode VIII.