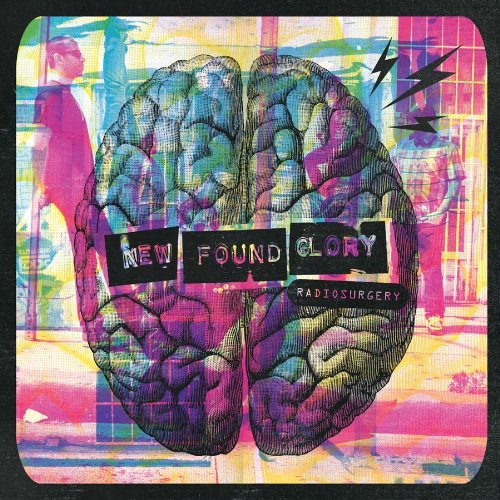 There was something about their lyrics that just seemed so sincere compared to other bands at the time.Â  Nothing has changed with this new album from them. It is nice to see them still succeeding in a time when pop artists like Katy Perry, Lady Gaga, and Justin Bieber rule the airwaves. New Found Glory talks about relationships in this new album the same way these pop artists do, but NFG is doing it in a way that is for lack of a better term not annoying. The guitar riffs that Chad has done on this album really take you back to the days when Blink, Sum 41, Good Charlotte, and of course NFG were rocking the Warped Tour.

The band had decided to have Neal Avron produce the album, he had done work with them for their three most successful albums, “New Found Glory”, “Sticks and Stones”, and “Catalyst.” This is really what put the album to a whole new level, the band had several songs ready and Neal told them they were not good. The band then presented several brand new songs, and he told them he still was not satisfied. Finally the third time he felt they had something to work with. This really pushed to band and made them better, which is why this album has potential to be on the same level as those three albums.

The album Radiosurgery got its name from the actual procedure that is a noninvasive treatment for brain cancer.Â  The band was really inspired when one member suffered a long-term breakup. They decided that they wanted to write songs based on events for each band members’ personal life involving relationships and break ups. They used the metaphor for this Radiosurgery procedure, instead of removing a brain tumor; they want to remove certain memories from their lives regarding these relationships.

The album is a bit of a journey. It seems to take us on a journey of the different stages a person feels after a break up, such as sadness, regret, and other such feeling. It takes us to a point were we want to forget these memories and feel unwanted by anyone, almost like we can’t find someone after the break up occurs. Next the album leads us down the path of finding a relationship but deep down both people know it is going no where, at which point fights start to break out and they blame each other for every little thing. This eventually leads to being dumped. The band then takes us to the point where one night stands may occur yet you put up a guard because of the memories and the scars a past love may have left behind. This is the point you realize you really are a “trainwreck” and need to workout some personal issues because you may not be ready for a relationship.

When albums take you on an emotional journey like this, they are either hit or miss, no pun intended. This album is basically the emotions one feels after a breakup written in song/album form. It is the New Found Glory of old with great lyrics, catchy choruses, and fun guitar riffs.

Map of Your Body