Game Over? The Curse of the Video Game Movie!

To date, there have been more than 30 video game adaptations released in cinemas. These movies have included games from almost every generation of consoles and a wide-range of genres including horror, action and platformers. They’ve starred everyone from big-name actors to folks you probably never heard of after. They’ve been live-action and animated. And with all of these differences, they share one thing in common…. None of them are any good! 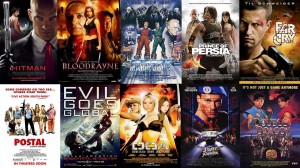 Let me start by saying that some of these movies are actually fun. They are entertaining. We’ve covered more than our fair share of them on the site through 151 Proof Movies , but none of that actually makes them good movies. Even when we crafted a list of our Top 7 Video Game Movies, we did so with the caveat that they were “Watchable” because none of them were really capable of being on a “Best” movie list. So yes, we love Street Fighter: The Movie, the Mortal Kombat theme still jazzes us up, and Super Mario Bros: The Movie is an intriguing sci-fi flick, but none of them are what you would consider an actual, honest-to-god, good movie.

So the question I find myself asking after each of these releases is… why? I mean why has Hollywood shown itself more than capable of converting almost anything into a solid release with the right motivations. We’ve turned comic books into a global phenomenon. We’ve continued to find ways to turn books new and old into hits. We’ve even made amusement park rides into multi-billion dollar franchises and turned children’s toys into blockbusters. But for some reason, video games remain the one nut that Hollywood can not crack. So again, I wonder… why?

Fans and critics alike have debated and offered up their own rationale as to why this black cloud continues to circle video game adaptions. Let’s journey through the history of these endeavors to see why it might have gone wrong. 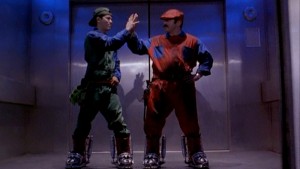 In the “olden” days, it used to be that Hollywood wasn’t picking from the right properties. And I could understand that logic. The earliest films were based off of things like Super Mario Bros and Double Dragon, neither of which had you would consider “heavy” of plot or characterization. Then the next wave was from games such as Street Fighter and Mortal Kombat, which had a bit more plot and character to them, but then folks recognized that the fighting game structure may not necessarily lend themselves to a movie format.

After the feeling out period, Hollywood and the game industry took a brief reprieve from adaptations (There’s about 4 years between Mortal Kombat Annihilation and Tomb Raider) and by the time Hollywood was looking their way again, games had entered into the early days of narrative- and character-driven franchises. So we saw movies from the Resident Evil, Tomb Raider and Final Fantasy franchises. Now there is no easy way to lump together what went wrong with these movies. A combination of factors including some of the directorial choices, keeping things a bit too close to the chest, and perhaps realizing what is “unique” in video games doesn’t necessarily transition as well to live-action. But for several reasons, each of these films never connected with critics on a more successful level. Though Tomb Raider and Resident Evil would have financially successful entries.

Then came the Dark Ages, when Uwe Boll realized that video game companies didn’t necessarily care about who got their hands on their property. He was able to spit out movies in the House of the Dead (SEGA), Bloodrayne (Various), Postal (Ripcord Games), Alone in the Dark (infogrames), Far Cry (Ubisoft), and In the Name of the King (based off of Dungeon Siege) franchises. I don’t think a single other player in gaming or Hollywood has had a bigger impact on the state of video game movies for better or worse…. And trust me, much, much worse. I mean I could make up some bullshit reasons as to why most of these movies turned out the way they did, but already noted their one common denominator so you can figure it out. And to think of it more broadly, Uwe Boll has been responsible for 9 video game movies-to-date, which is approximately 25% of the total output in the medium.