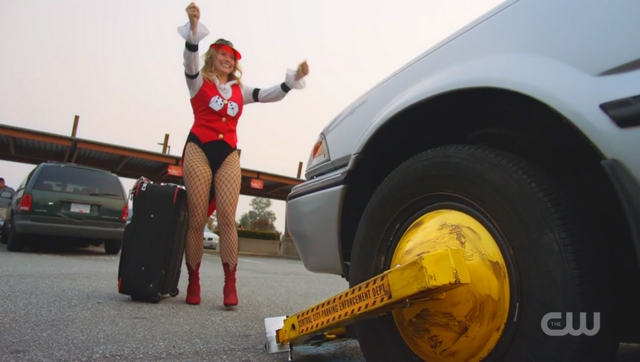 Ah yes the spoilers are fast and fierce. Now our Flash episodes opens in a similar fashion we haven’t seen since season 1. Thinker is observing a young lady and her average life. Well painfully unlucky life as we soon discover. So she happens to be one of the few new metahumans of this season.  Team Flash is seemingly enjoying some good luck if you will. Everyone except Wallace it seems. Harry our favorite jerk from Earth-2 came to deliver some bad news to our young speedster. So in less than 5 minutes or so Jessie Quick is breaking up with him. As Harry crashes and burns delivering the message, it is painfully awkward. A scene to appreciate.

Across the city our meta human err not so menace strolls into a bank. As she does so a series of misfortune befalls everyone in her vicinity. So she is able to literally walk in grab money and catch her uber ride. As Barry runs in to catch her he slips on marbles. Yes marbles, like a cartoon. It’s pretty hilarious to be honest. Back at STAR Labs the team is trying to make sense of what the heck happened. So I’ll try to make it simple. In terms of science, she generates a field of that affects causality that favors her and her alone. Then slowly but surely bad luck is happening to everyone. Joe and Cecil for example are enjoying living together and questioning their situation. The West home however needs some repairs and it’s a dozy. Barry and Iris lose the number venue they wanted for their wedding, six weeks prior to its date.  Then there’s the random oddities surrounding Barry. 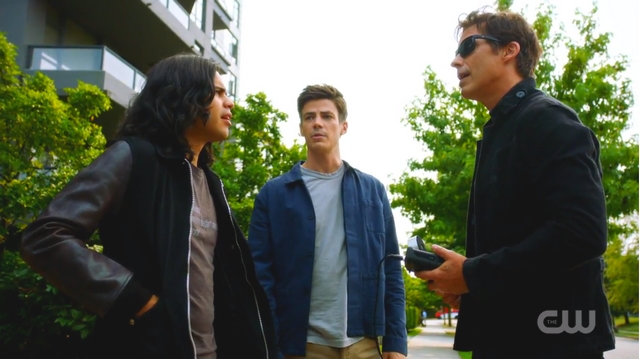 With Harry and Cisco’s help, Mr Allen learns that dark matter did seep into Central City. So back in episode 1 when Barry escaped the Speed Force, he had some dark matter following him. The bus he bumped into had twelve individuals that got exposed. So our team created 12 of their metahuman misfits of the season. Still the question of how the Thinker knew this and wanted this to happen is a mystery.  The veil of mystery surrounding him is certainly making this season more interesting an focused than the last. Now to return to the point of Joe and Cecil. Best TV dad has to make the choice of leaving their house for a new one with Cecil. The dilemma here of course are all the memories that enriched his life. Barry of course assures him that those memories never go away. As lady luck, Hazard has good luck befall here bad luck preys upon someone else each time. For example an old boyfriend had hot soup fall onto him.

The other issue of this episode is Harry himself. The other reason he returned to our Earth is because he doesn’t have anywhere to go. He and Cisco have a heart to heart or jerk to heart? Anyway, Harry was kicked off Jessie Quick’s version of her Team Flash. Reason being because he’s a jerk and has no life. Being a man obsessed with his career and his daughter’s well being, he has nothing else outside of these things. Mr. Ramon let’s him know that he can build a life for himself with them. He immediately waves it off. I love how much of a jerk Harry is. Still, starting over or building a life at any age is rough at any point in life. 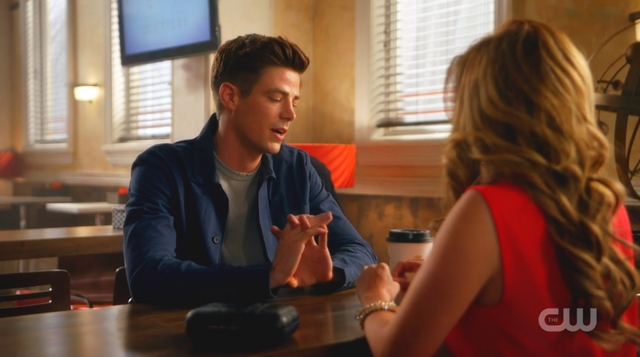 Elsewhere Barry makes contact with Hazard at CC Jitters. What happens next is pretty scary. So he tries to ask her to stop ruing people’s lives. From her perspective after a life of bad hands, this was her time. The bad fates befalling others was in due time, according to her. Those feelings are understandable and human. Make no mistake, Hazard is in the wrong here because she’s still a criminal. Now as Barry is speaking to her, he becomes aware her powers are mere seconds from activating. With a coffee shop full of people that’s a great deal of harm that can happen. So he let’s walk free.

The bad luck continues as Barry and Iris try to get married. They tried to elope and the priest becomes incapacitated. So yeah, everyone is kinda cursed at this point. The problem is how can they stop her field of good luck for her only. There’s a point where the city is becoming slowly unstable. The particle accelerator even begins to reactivate itself. Everyone is nearing the point of going out in a huge explosion. Hazard’s quantum field is expanding to the nearly the size of the city. So what kind of good luck would she be experiencing to cause that much bad luck for everyone else? 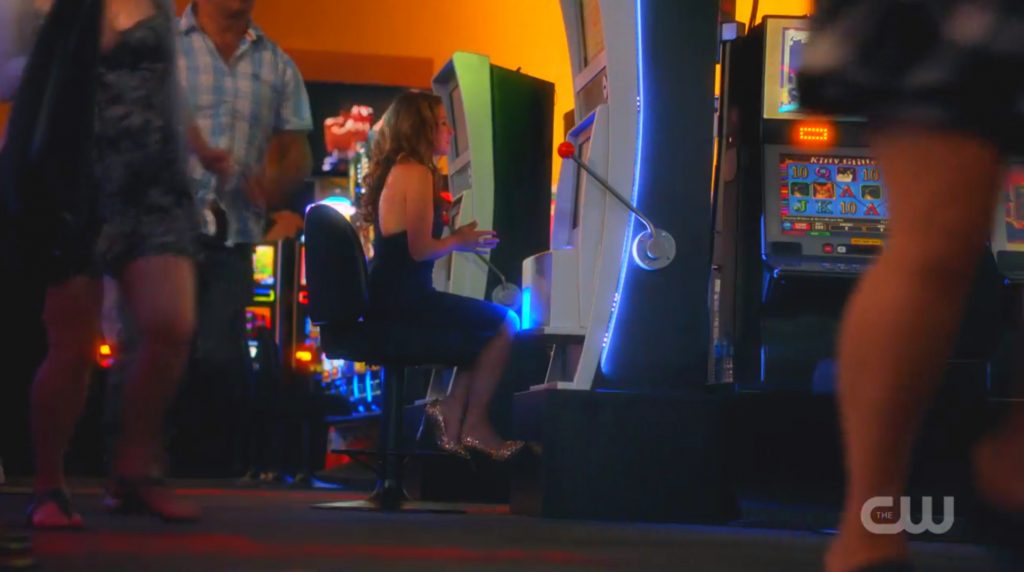 Our meta human misfit is winning big at the casino. She is amassing so much in winnings, her good luck is causing a ton of bad luck in tow. I credit the writers because it’s also commentary on how life works. You can have tons of positive things going on while everyone else isn’t. So Barry has to make a made dash to stop her winning streak. Meanwhile the accelerator is mere seconds from explosion. Harry has an epiphany and let’s the accelerator blow. The wave of energy knocks out Hazard’s field of good luck. So the city is saved and Hazard is locked up.

As our episode ends we reach the low point. So as everyone enjoys their win, Wally is there. Wait, wasn’t he literally in the episode for 5 minutes. Why yes he was. What follows is some of the laziest writing to have a character removed. He official breaks up with Jessie and no one noticed he was gone for a day? Again it’s bad writing. It’s a disservice to a character that was crucial last season. 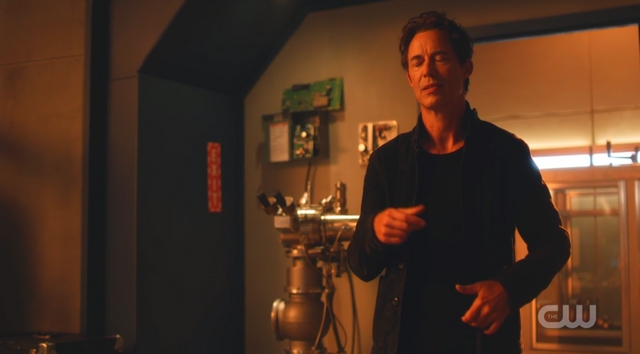 As the episode winds down, Joe and Cecil reaching a home decision. Ultimately they decide to keep the old West home. I mean whom didn’t see that one coming right? Cecil decides mainly because she’s pregnant. our episode closes to an unresponsive Joe.

This episode felt like the first fun episode of the season. It was a series of laughs and sitcom campy from start to finish. Well aside from the horrible way they wrote out Kid Flash.

This episode for all accounts was really enjoyable. The Flash works when it's campy and stays the course.