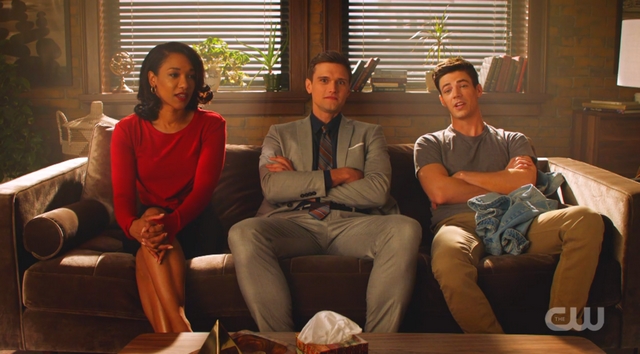 Ah yes the spoilers are ahead in full force friends. So the episode opens with Barry and Dibny getting coffee. As Mr. Allen discusses the basics of superheroics, they oddly enough get almost mugged. The mugger here is actually a returning character, you may remember him from season 1. So we learn in hilarious fashion, shooting an elastic man…isn’t a good idea. Bullets bounce and they may bounce back to say…your butt. Beware muggers, Plastic Man is a force to be reckoned with!

Back at Star Labs the team is at their wits end finding the Thinker. A thought occurs to a very stressed out Harry, he can summon the help of “his friends”. So he actually took Cisco’s advice and played nice with people. Turns out their multi-verse citizens however. Now if you thought Wells was  self-centered and too much before, nothing will beat this. His friends? Are himself from various Earths. Yes, he could only make friends with himself. Each is as brilliant and insufferable as Harry. My favorite is the Mad Max inspired version – Well 2.0. So the “Council of Wells” holds a meeting to discover where they can locate Devoe. 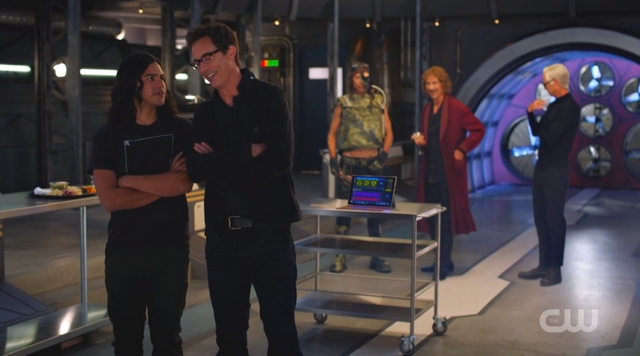 While short on answers, the team needs information from the bus incident. Ralph however doesn’t recall much. So they turn to hypnosis for help. Iris and Barry, introduce the elastic eccentric to their couples therapist. Dibny gets hypnotized easily. As he recalls his time on the bus we learn a few key things. One, is a reminder Ralph is a sleaze ball as a man and a bison symbol? 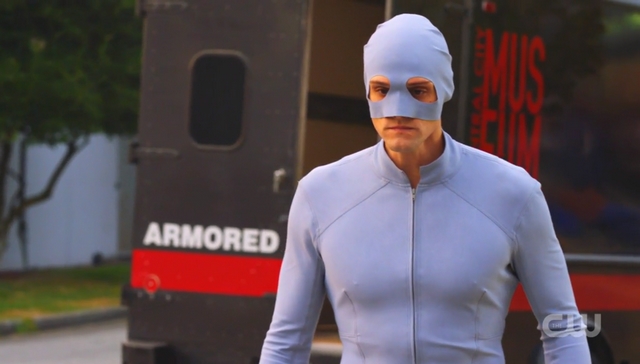 Later than night we see a Native American woman unknown. She’s wearing clothing with the bison symbol in question. We see her stalking a man in the dark. With the use of a statue we see she kills the man off camera. Shortly, there after the team learns that he was killed by an inanimate object via that statue. So our meta human threat, the Black Bison can use her new found powers to make objects alive. We also learn she has a vendetta. She’s out to retrieve the artifacts of her people and is willing to kill for it.

Upon discovering her identity the team is able stop from claiming another victim. In the process Dibny is easily dispatched. The Flash, as usual decides to save the would be victim as Black Bison gets away. Dibny questions The scarlet speedster’s methods. As if he has a place of experience to criticize upon. As he notes, a hero’s priority is to save lives over defeating the foe at hand. Deaths and injuries are avoided this way. 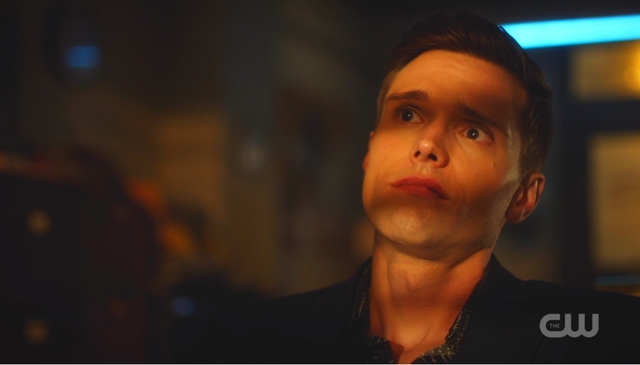 Now as we check with the Council of Wells, things are going…bad. Turns out Wells (all versions of himself) need to check his ego. They can’t agree on anything because he/they are getting in their own way. So they…he come to an agreement in time. Afterwards, Barry and Plastic Man arrive to Bison in the middle of another heist. As she tries to flee Dibny goes all in with trying to stop her. This was ill advised. Civilians are in danger from collateral damage, The Flash barely makes it in time to save bystanders. Ralph’s poor judgement however causes a young child to be knocked unconscious.  Needless to say that was a bad display hero 101.

Later on, Wells gets some council (ha) from Cisco, realizing that he needs a timeout. Rather he and his dopplegangers do. The council finally decides to play nice. Elsewhere in his PI office Ralph is being reflecting on his actions in the dark. As Barry comes in w get to see a more human side to  the Elongated Man. Now a hero or hero in training, he’s beginning to feel the weight of his role. In his own words he asks the scarlet speedster how does he do it. Allen admits that the fear of possibly endangering the populace is unavaoidable. The weight can be heavy. Yet the share a moment. Barry swears he will protect Dibny’s heart should he feel crushed under his role of hero. 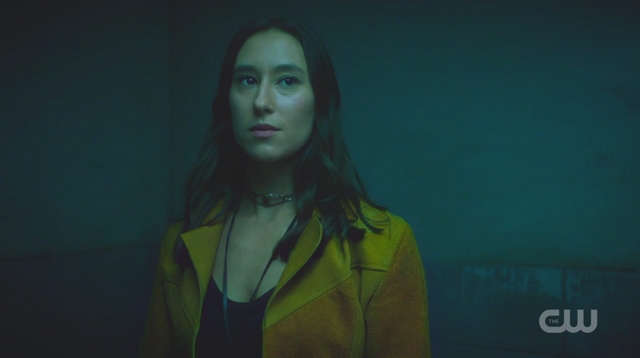 Afterwards, Black Bison manages to breakout of jail. How does she manage this? Oh by animating a hightech CCPD riot suit. Equipped with powerful tear gas no less! The team is alerted by her breakout and track her down to the local museum. So she kinda brings a T-Rex to life to serve a distraction. A very dangerous distraction. It’s almost comical if it wasn’t for the poor security guard whose life is in danger. Dibny does the right thing(yay) and holds off the T-Rex. Meanwhile Barry confronts Black Bison as she attempts to get another artifact. So it dos bare mentioning that her motivations are believable. The right to preserve your heritage and the rage it’s erasure causes. The willingness to kill over it us a no no however.

Bison warns Flash that in a museum she could summon many things to her aid. This is true. So Barry does the best thing possible. He throw the artifact in the air, in reaction she lunges for the item. In a second she’s handcuffed and it was just that easy. Later on, Dibny is visiting the young lady whom was hurt earlier. The scene ends as he cheers her up and grows into a more caring hero. Before the episode ends Wells reveals the identity of The Thinker. Thus Barry and Joe arrive at the home of the Devoes. 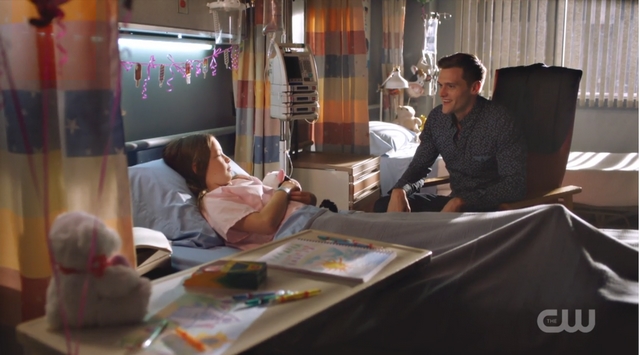 Overall this episode was entertaining. It didn’t move the plot forward. What this episode did excel at was the Council of Wells. We also got to see Dibny grew more as a person. Having him slide into hero would be a bit much to believe. Then we were presented with a villain on a tear for her culture. The message of staying true to one’s history is greatly appreciated by the writers.

Although this felt more filler like. We got to see Dibny grow and were introduced to the Council of Wells. Also the addition of a female villain is always appreciated and welcomed.