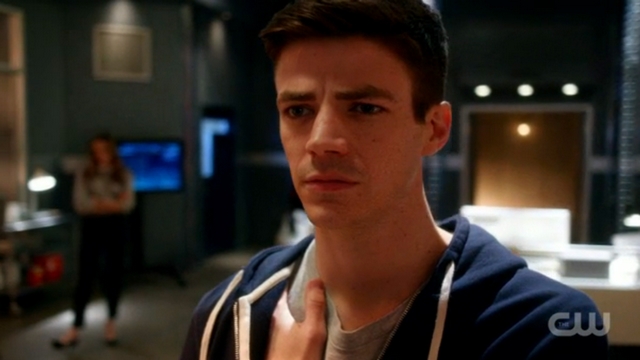 Split second spoiler warning faithful fans. So this week’s episode of the Flash picks up speed after the Savitar’s freedom. Barry(Grant Gustin) realizes its his fault KF (Keiynan Lonsdale) is in hell and he has to pay for his sins. He decides to  head into the speedforce to free Wallace. Of all people HR (Tom Cavanagh) sparks an idea where the team can track Barry within the interdimensional force — He’s proving to be rather useful even if he’s nothing more than an idea man.

In the course(ha!) of his next race into danger, Barry tries to see if things are ok with Iris (Candice Patton). They aren’t as we can tell with their painfully awkward interactions. So thanks to the genius of Cisco (Carlos Valdes), Barry is vibed into the force of nature. So what is the speedforce? Let’s deconstruct that a bit. For the purposes of the show its a sentient force of nature. Its a mix of an omnipotent deity and intimately personal. It all is the power source for all speedsters. Makes sense?

As he lands into the dimension, he’s greeted by an old face. He finds the speed force speaking to him via the image of Eddie Thawne. As Eddie (Rick Cosnett), he’s warned that he can’t so easily free Wally from his new prison. Choosing the face of someone that died is pretty tough. Elsewhere, the team is dealing with their own inner battles if you will. Jesse (Violett Beane) encourages Cisco to search for a way to track Savitar. Of course, she warned admittedly why shouldn’t give chase. 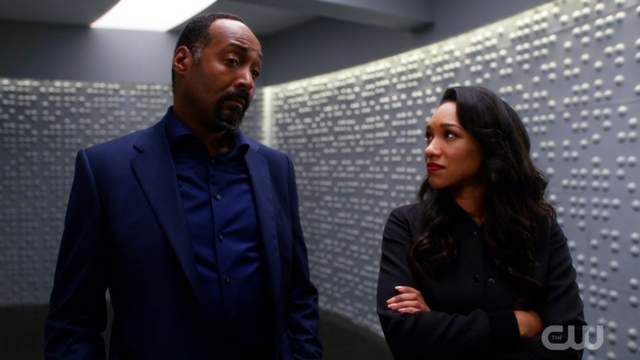 Speaking with Eddie, Barry is haunted by the hard truth. Eddie’s possible future was stolen given season 1’s circumstances. He asks again as to why the hero in here. BA seemingly answers for Wally only. However we as the audience know him well enough to know he’s not being honest. The speedforce has trials for the scarlet speedster to face as well. Trials like outrunning a time wraith!

As he moves on he finds himself in another alternate reality. Here he finds Caitlin (Danelle Panabaker) is a mother consoling her baby. A baby she would have had with Ronald Raymond, the former firestorm host. The team makes the connection that Savitar’s armor piece can be sued to locate him. Everyone, lead by HR no less, forbids the female speedster from challenging the menace. HR, may not be a scientist but hes a darn good people person. So he’s able to try and still fail to stop her. 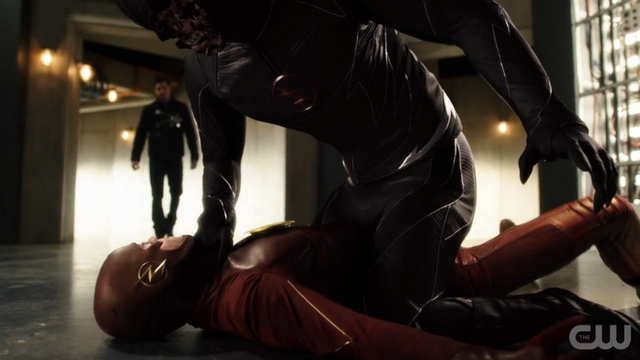 Mr. Allen is haunted again this time by fake Ronnie. We can assume that he’s being shown images of those whom sacrificed themselves for the greater good. However, the speed force once again tells him he’s wrong. Eddie and Ronnie were shown to him because they sacrificed themselves to save him. The Flash however is never one to back down. He continues to push forward. Then he’s caught off guard by Hunter Zolomon (Zoom), looking rather zombie like!

So the speed force gets right to the problem at hand. The titular hero and his lack of saving the day. The burden of saving Iris should be no one else’s except his own. Essentially, the universe is telling him to own up to his responsibility. Before he can move on however he has to stop Zolomon from killing him. He succeeds in doing so but he loses the only means the team has to save him. So again, we see that our hero is starting to get some of the message. He needs to embrace the sacrifices that come.

Afterwards, he finds himself in an odd hospital hallway. He finally locates Wallace whom is in a room watching a lone bed. Before he can free KF, Captain Cold (Wentworth Miller) runs interference. Back on Earth, Jesse runs off to figth Savitar. So what is the hell that Wally is captured in? The young West has been experiencing his most painful day on an infinite loop. Cold informs Barry that Wally has seen his mother die in the hospital over and over. How long he has experienced this is unknown but that is a fate worse than death. 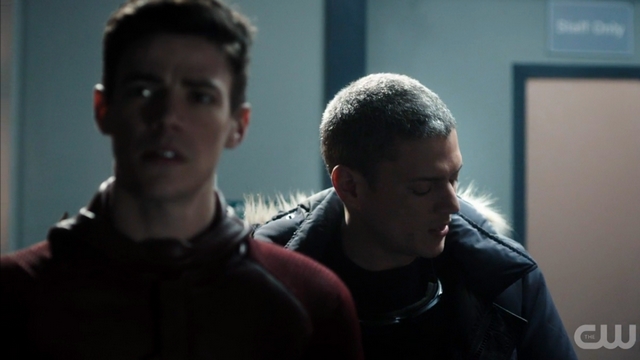 Cold advises the hero that nothing can save Wallace. Barry plea that he be put in his place but is denied. He needs to stick around to save the day himself. To drive the point home, Cold challenges Barry to a fight. As things look bleak, Jay Garrick (John Wesley Shipp) races in to save the youngman. Meanwhile, Ms. Quick finds and throws down with Savitar. While the fight was looking rather one-sided, she hurt him with his own armor. Thus proving he isn’t so invulnerable, hmm.

Eventually the heroes make their way to the  room. BA snaps Wally out of it and he joins them. As they leave however Jay stays behind. He reminds Barry that someone has to stay in the room. A speedster has to stay in the prison that his future self created. Much to his objection Garrick, stays and offers some sage old advice instead. Garrick had one hell of a race. Its rather sad. Again, someone sacrificed themselves for The Flash. His winged helmet provides a means of escape as the team can now retrieve them. 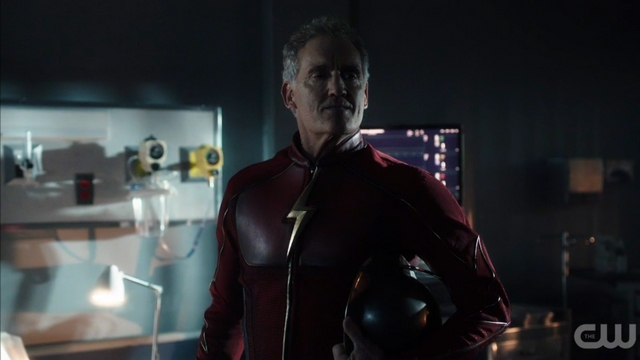 As they return home the team awaits their return with open arms. The team discusses KF’s well being and so forth. After that traumatic experience he wouldn’t suiting up for some time. Distraught doesn’t begin to describe how he appears on the outside alone. I would imagine, he’s done for the reminder of the season. Barry embraces his role and vows to defeat Savitar.

In the Speed Lab, Wally and Jesse spend some quality time together. She tells him that she will be leaving for Earth-3. That Earth needs a speedster to protect it with Jay gone. In a moment of raw emotional and need, Mr. West confesses his love for her. The feelings are mutual as they share a kiss. After she leaves everyone finds out that Savitar is indeed a man under that armor. But who is he? 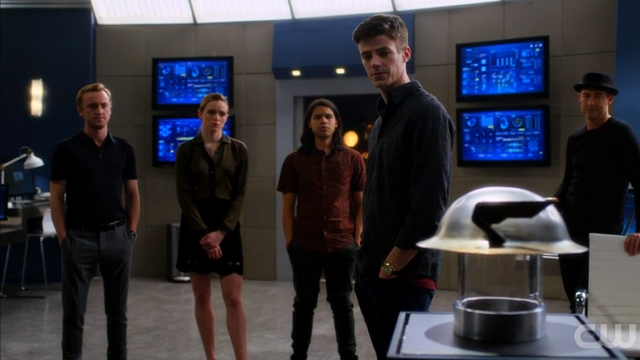 Our episode ends as Barry and Ms. West discuss their relationship and things. BA admits that he did propose to her to change the future. So she acknowledges that despite this rough patch they want to get married. However Barry knows he still did wrong. He has to embrace and own up to his responsibility. He confirms they need space so they can move forward properly. Its one of his best scenes because he realizes he made a lot of bad choices and only time can help heal things.

This was a few notices following the previous episode. This episode was really one where Barry was made a punching bag. HR was actually entertaining past comedy relief and Jesse did the impossible! Still it was somber overall and a good episode for it.

This episode was a very solid cautionary tale. Our hero is relatable because he makes mistakes like you and I. This episode did well in reminding him of his flaws. HR was as almost as good as genius Wells.