From Fandom with Love: The Living Daylights 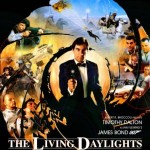 After 7 films of varying quality including some remarkable lows and not quite fantastic highs, we have finished the Roger Moore-era of the James Bond franchise. During the mid-80s control was giving to one young man named Tim Dalton, who would star in 2 Bond films and round out the rest of the decade. We will talk a bit more about his tenure as Bond in the next feature (there’s a reason), but he does make a stellar debut here.

While The Living Daylights is considered his better film by many, I actually do prefer License to Kill. That doesn’t mean this is a bad film, but it does have its share of problems.

Before we get there though, let’s break-it down!

Why break from tradition, we’ll head to wiki for our insta-summary

The beginning of the film resembles the short story, in which Bond acts as a counter-sniper to protect a Soviet defector, Georgi Koskov. He tells Bond that General Pushkin, head of the KGB, is systematically killing British and American agents. When Koskov is seemingly snatched back, Bond follows him across Europe, Morocco and Afghanistan.

While the summary makes the movie sound like a chase-film, it really isn’t. Bond gets to play my favorite role, which is an actual spy/detective/cop if you would. Bond spends most of the movie tracking down leads and following up on them. He even uses the Bond girl properly for once, and gets close to her so that he can find his target. 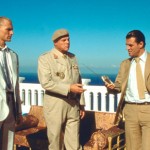 This is where the film really loses points for me. The film has not one, not two, but three different villains. It has the main-ish villain and his henchman and it has a villain who is working in concert with them.

The problem with having so many villains is the film never really has a good amount of time to explain all their motivations and agendas. While they all seem to be working together for a similar goal, they all have different end goals in mind, and all want to go about it differently.

The first villain, and the main villain of the film, is General Koskov. He attempts to use Bond to kill the head of the KGB. While doing this, he is also doing side deals with people to finance weapons. He is seconded by Necros, who pretty much just serves the henchmen role of killing various people throughout the movie.

Finally, there’s Whitaker, who is an arms dealer looking to put Koskov in power so that he has more sway in that region.

I mentioned this before, and repeatedly, I prefer a plan that doesn’t have too many moving pieces. When you have multiple partners working on different agendas with a similar game plan, you leave yourself vulnerable in too many ways.

Worst off, part of their plan includes getting James Bond to do their bidding. As we saw in From Russia with Love, that really never works out as one plans because he’s too much of a wild card.

For having too many loose ends, and for including Bond as a key component, this plan gets an AGENT. 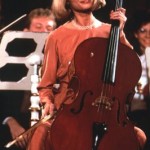 Kara Milovy– In a RARE twist, I’m talking like once ever so far, there is only a single Bond girl on display in this film. There’s a random woman at the start of the film, but her screen time has to be under 2 minutes, and I’m fairly certain she isn’t even named during her time on screen. Kara kind of falls into that territory of Bond girls I don’t care for, where she is a bit too naive at times. She is for most of the movie the main bad guy’s main squeeze, but they barely interact at all throughout the film. Instead, she spends most of the film in the company of Bond as he pretends to be a good friend of her boyfriend. She does get better as the movie goes on, and serves a significant role in rallying the troops for the climax. So she isn’t Holly Goodhead bad! ALIVE

This Bond-ism goes for Bond always being a master of his environment and making the best of any situation. While being pursued while trying to cross the border by the Soviets, Bond’s car gets stuck in the snow. Instead of attempting to get the car out or whatever, he decides to continue the chase with Kara… inside of her cello case. Yeah, there’s a downhill chase inside of a cello case.. and it is awesome! Don’t take my word for it!

The film starts off interestingly.. it is to my recollection, the first time we get to see other 00 agents in actual action. While they are seen in other movies, and one is killed during Octopussy, we haven’t really seen them work. Granted, it is short-lived as they are quickly killed one by one… except for Bond. A chase occurs and he does what he does best.

The chase ends in one of my personal favorite introductions for a Bond as he parachutes onto some random woman’sÂ yacht and just takes control of the situation.

When we did the write-up for A View To A Kill, we mentioned that the Bond themes were going away from their more traditional sounds. That theory carries over with this theme song, which isn’t as bombastic as AVTAK theme song, it does feature a lot more energy than most Bond theme songs. It’s rather catchy with a good hook

Now here’s where’s things get iffy. I don’t GET the intro, but I dig the intro. I mentioned that my favorite Bond intros tend to work in a theme or element from the movie (and we’ll REALLY hate that groove in just a few movies), but this one doesn’t really seem to do that.

I’m not even entirely sure the movie understands what it is trying to do. It starts off inside of some lady’s glasses and slowly evolves. By the end, it has this giant water theme going for it. For the life of me, I can’t really think of any water-based sequence in this movie. Just the opposite in fact since the climax takes place in the desert. It’s a really strange choice.

Like I said though, I actually dig the visuals in the intro. By this time, they had pretty much nailed the format so it was just messing with the technology at the time to achieve the right look. This film does it well, and most of the ones after continue with fantastic work.

The Living Daylights does suffer from having too many villains as its central threat, and a not so bright Bond girl. However, Dalton really shines in the role and he helps bring the franchise some much needed weight after Moore’s departure. It is a fun little Bond film, not my favorite, but enjoyable.